The St-Eugène Connection gets ready for another combine demolition derby 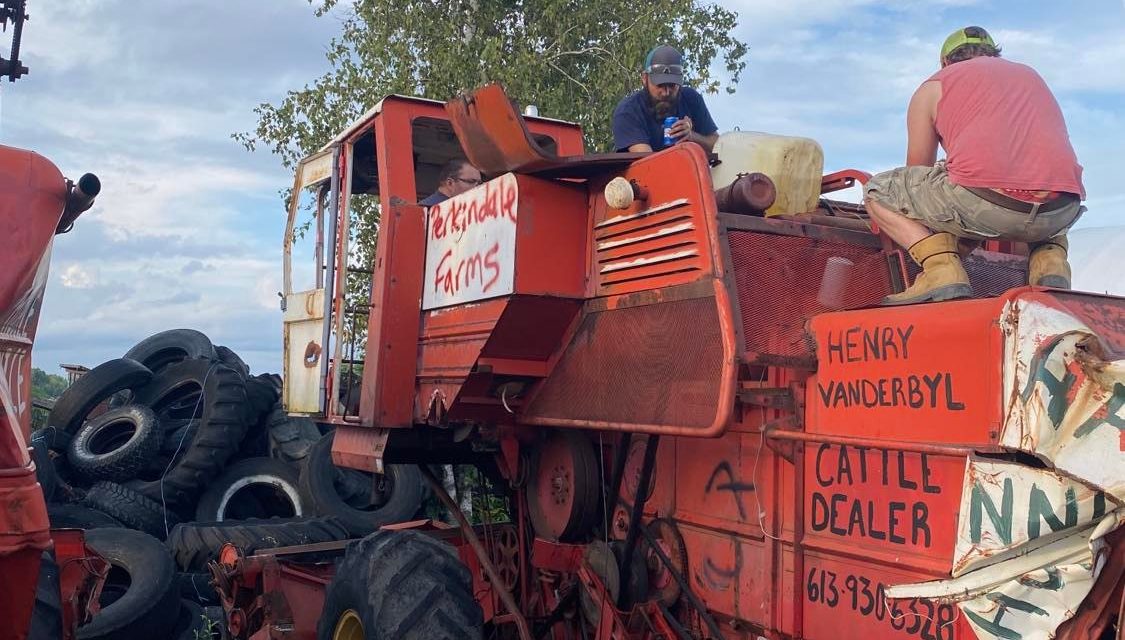 Members of the St-Eugène Connection getting a combine ready for this year’s Vankleek Hill Fair Combine Demolition Derby. Submitted photo

They call themselves the St-Eugène Connection, and they are going to be smashing into each other at the Vankleek Hill Fair Combine Demolition Derby on Thursday, August 18.

The members of the Connection are Derrick Duval, Denis Chaumont, Kyle Perkins, Kevin Perkins, and Jean-François Santerre. Each of them has a series of old combines in various states of repair (or disrepair) for competition. This group of friends and relatives has been competing against each other for at least five years. Some of the combines have been used more than once in the derby, but three “new” machines have been acquired for this year. The St-Eugène Connection spends the weeks before the fair repairing and painting the combines at a property on Concession 3 in East Hawkesbury.

Chaumont clearly enjoys repairing old combines with his friends, only for them to smash into each other at the derby.

“I’ve always wanted to do it since I was a kid and my buddies are all in it,” he said.

Chaumont hopes to have two Massey Ferguson 300 combines in this year’s event.

“If they all run,” he remarked.

Chaumont said this is at least the fourth time he has entered the combine demolition derby and has won previous events. He grew up on a farm but the combines there had a different purpose.

“They were to make money, not smash up!” he said with a laugh.

Chaumont paid $1,000 for one of his combines and he said other machines part of the St-Eugène Connection cost less. Other models include International Harvester and White combines.