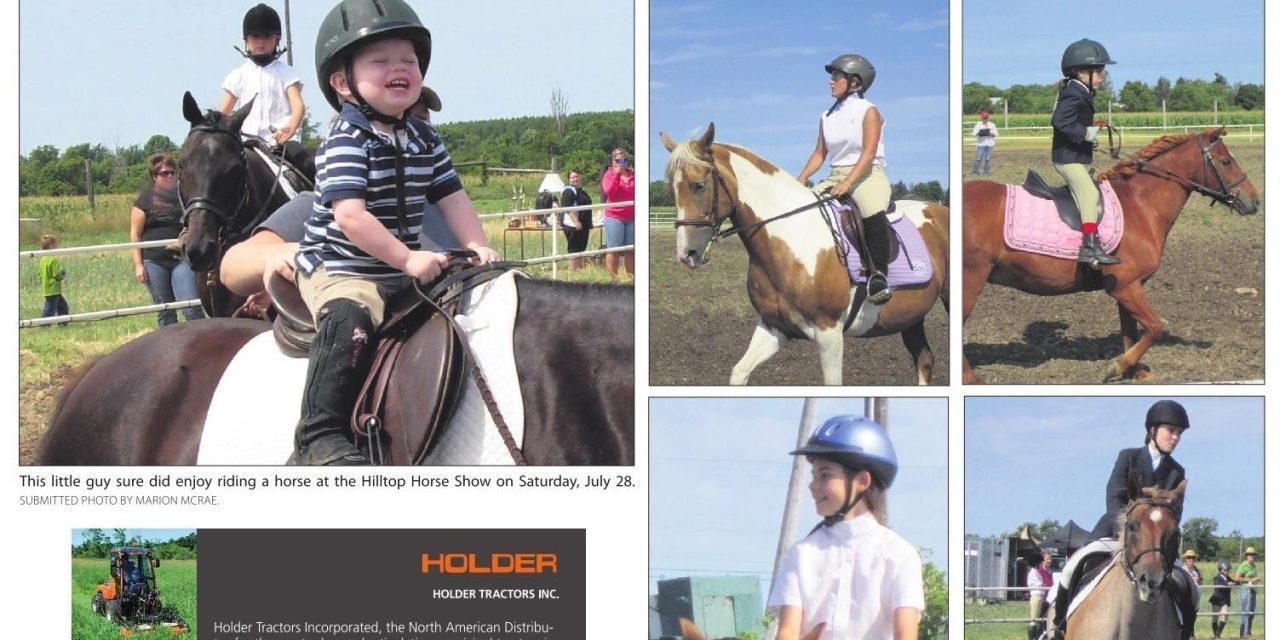 The Review, August 1, 2012 – PRESCOTT-RUSSELL – Drought conditions across the Prescott-Russell Region are persisting and July 2012 could set a new record for one of the hottest, driest months on record. Records that go back to 1889 show no July in the region as ever been as hot and dry as this one, with only 12.7 millimetres of rain having fallen this month. The previous driest month was in 1931, when 35.6 mm of rain was recorded – 22.9 more than this year.

The Review, August 6, 1997 – MAXVILLE – The threat of rain couldn’t keep away the crowds, as more than 20,000 people visited this year’s 50th Highland Games in Maxville last weekend. On Friday night, visitors clapped and stomped to the energetic fiddling of Natalie McMaster, whose music drew people out of the crowd and onto the field below the stage. After the official opening, a Massed Highland Fling took place, as Highland dancers performed for the crowd.

The Review, August 9, 1972 – MAXVILLE – Some 20,000 persons from seven months to 93 years of age came to Maxville to attend the 25th anniversary Highland Games, Saturday last, and the weather, for once, cooperated with a cool, sunny day. Harold MacDonald, Williamstown, won the caber toss, with a throw of more than 34 feet. Mr. MacDonald has won the event six times.

The Review, July 31, 1947 – LOCHIEL – The recount of ballots on the voting in the Township of Lochiel on a liquor bylaw on June 25, resulted in the dry faction losing two votes. As a 60 per cent vote is required to carry the bylaw, the wets are now short five votes. An appeal to the judge to declare the election null and void on account of certain irregularities may be made.

The Review, August 4, 1922 – ROCKLAND – Farmers who allows their cattle, horses, sheep and swine to wander along provincial highways would do well to note the prosecutions under the recent amendments to the Ontario Highways Act. In Rockland police court, Philip Moran, of Clarence township, paid four dollars for allowing four of his sheep to wander along the highway. The object of the new legislation is clear, it being evident that the government intends to keep its provincial highways clear of animals and is putting it up to the owners to keep their stock at home or take their chances on paying so much per head in the courts.

The Review, August 6, 1897 – VANKLEEK HILL – On Saturday last, a warrant was issued for the arrest of one Deremo, charged with stealing clothing from a fellow boarder at Mercier’s Hotel. Constable Roberts went to Alfred and found his man, who was wearing the stolen articles and brought him here Saturday night, took his prisoner to Mercier’s hotel and placed him in the charge of a guard. On Sunday evening Deremo asked his keeper to get him a drink of water, but when the guard was halfway down the stairs he was attracted by a noise in the prisoner’s room and hurrying back, found the room empty, his prisoner having made his escape through the window. A search was made, but Deremo remains at large. A lockup should at once be provided wherein prisoners could be securely held.