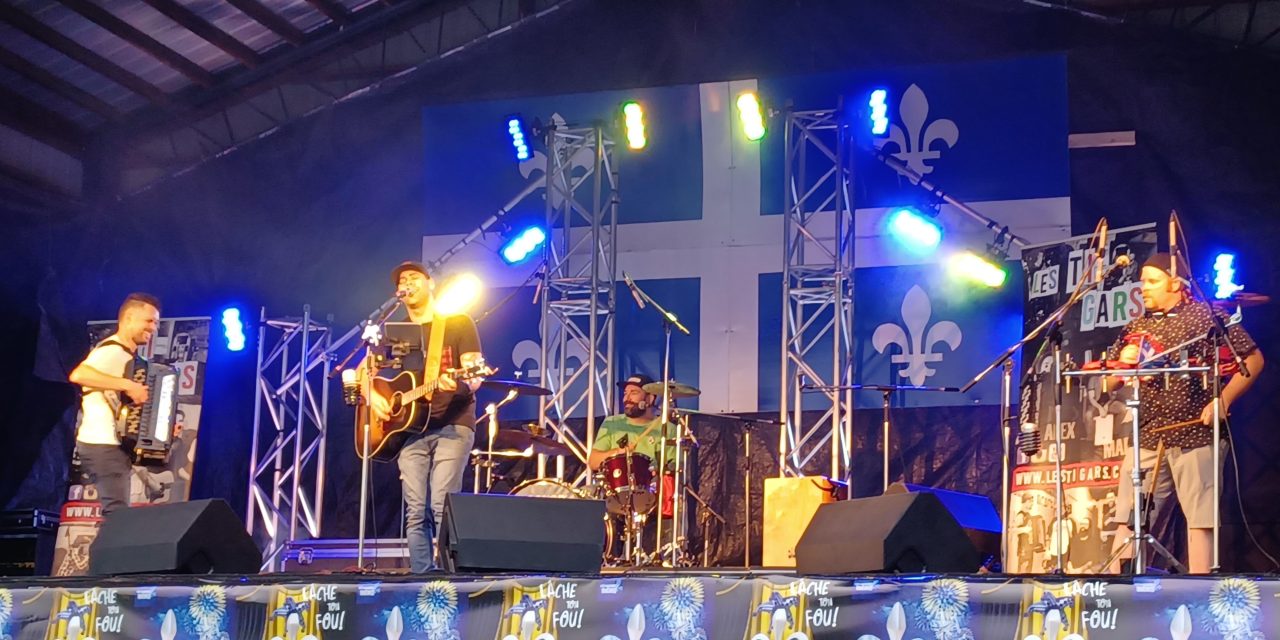 Following a day of heavy rain, the weather fortunately cleared up in time for Lachute’s Fête nationale/St-Jean-Baptiste celebrations at the fairgrounds on the evening of June 23. Activities for children and families began at 4 p.m. and live music with Ray Marcianno began at 7 p.m. followed by the discours patriotique speech with Lachute council and Argenteuil Member of the National Assembly Agnès Grondin at 7:45 p.m. Les Ti Gars began their performance at 8 p.m. at the celebration wrapped up at fireworks at 10:30 p.m. 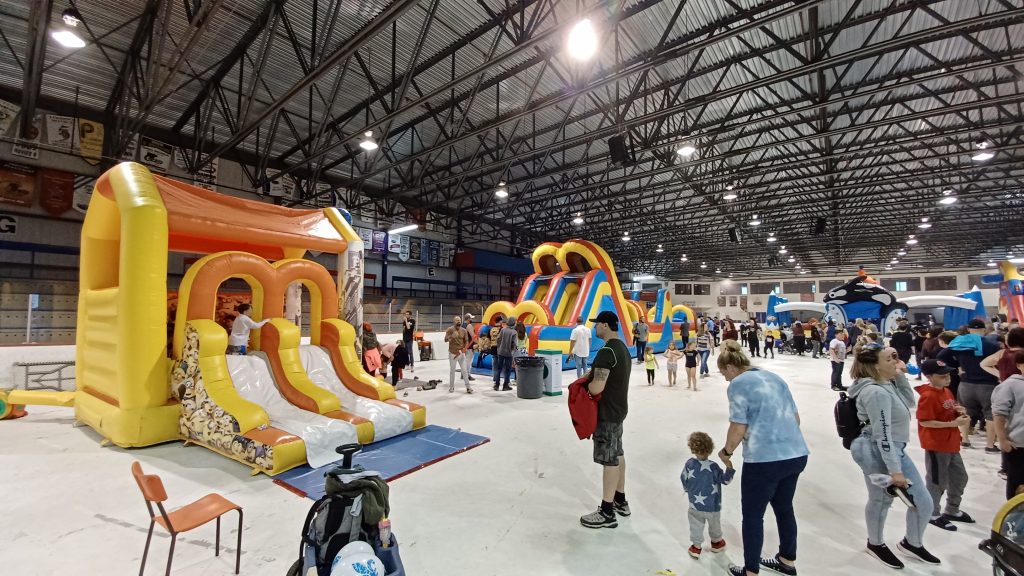 A year ago, many of these same people may have received a COVID-19 vaccination in the Aréna Kevin-Lowe/Pierre-Pagé in Lachute. On June 23, the mood inside the arena was much more festive when it was set up as a children’s play area for the community Fête nationale celebration. Photo: James Morgan 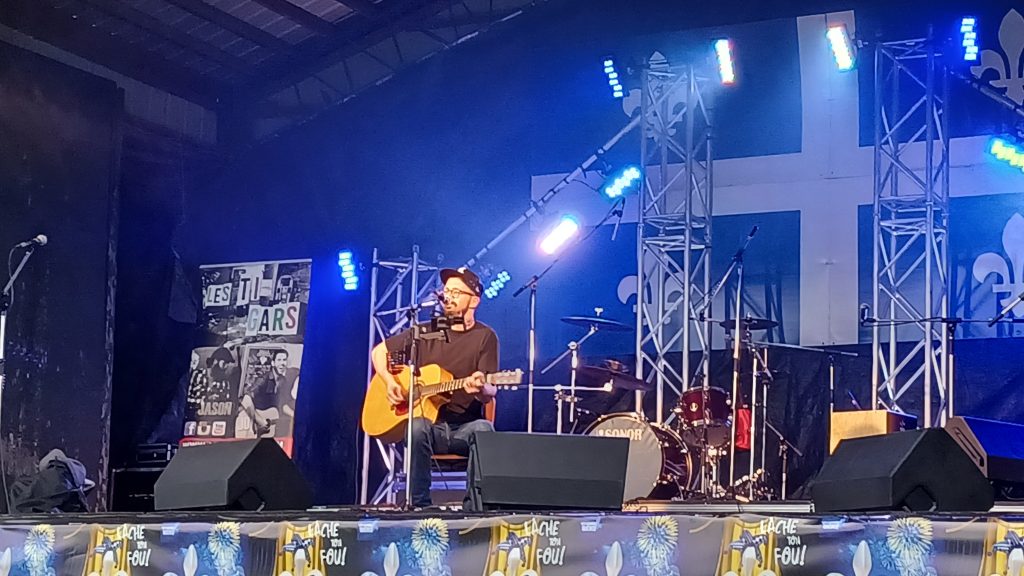 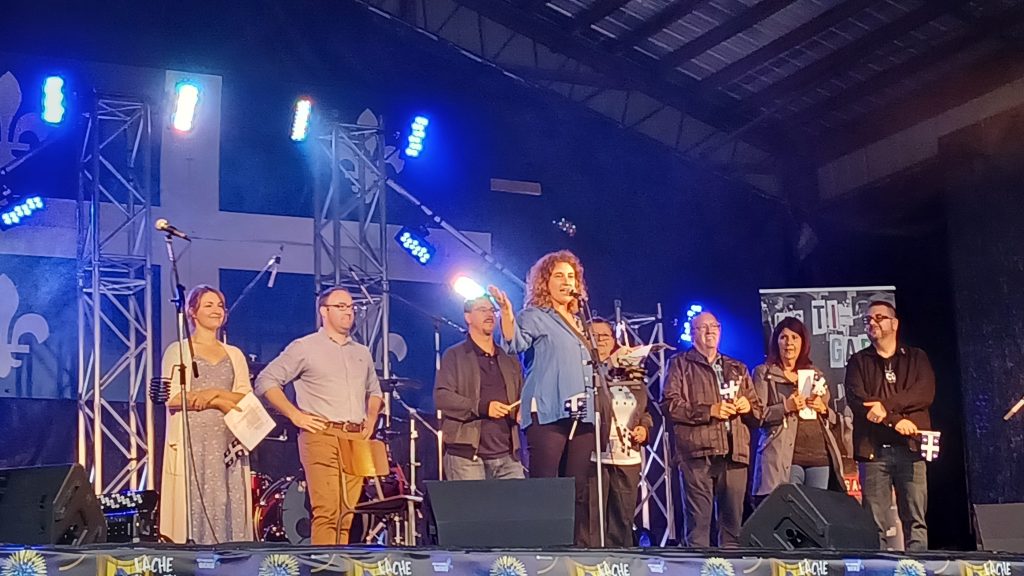 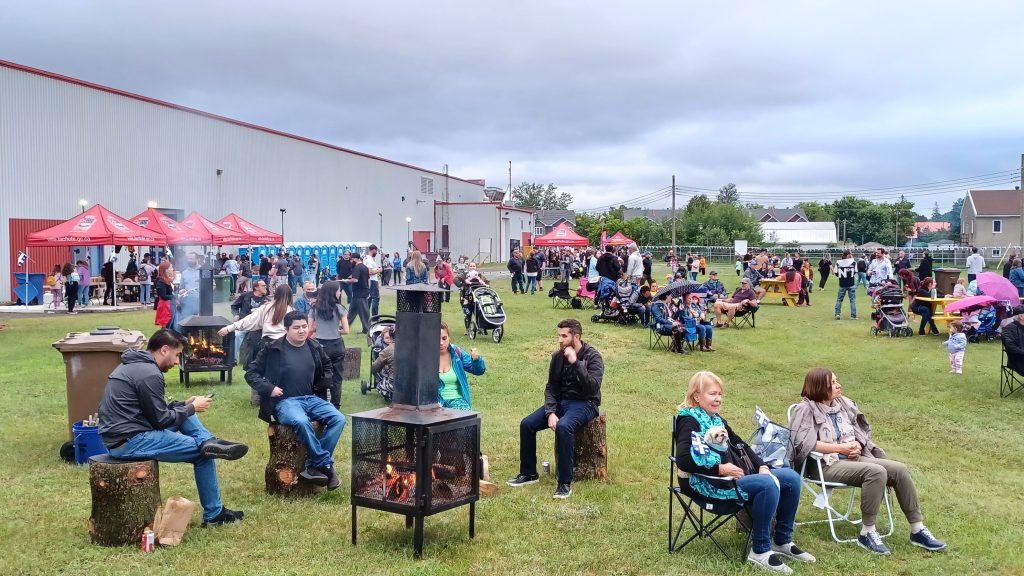 The 2022 Fête nationale slogan in Lachute was “Tire-toi une bûche!”, or pull yourself up a log, a common saying in Québec similar to pull up a chair and sit down. Some people enjoyed Lachute’s Fête nationale celebration sitting on logs near a fire. Photo: James Morgan