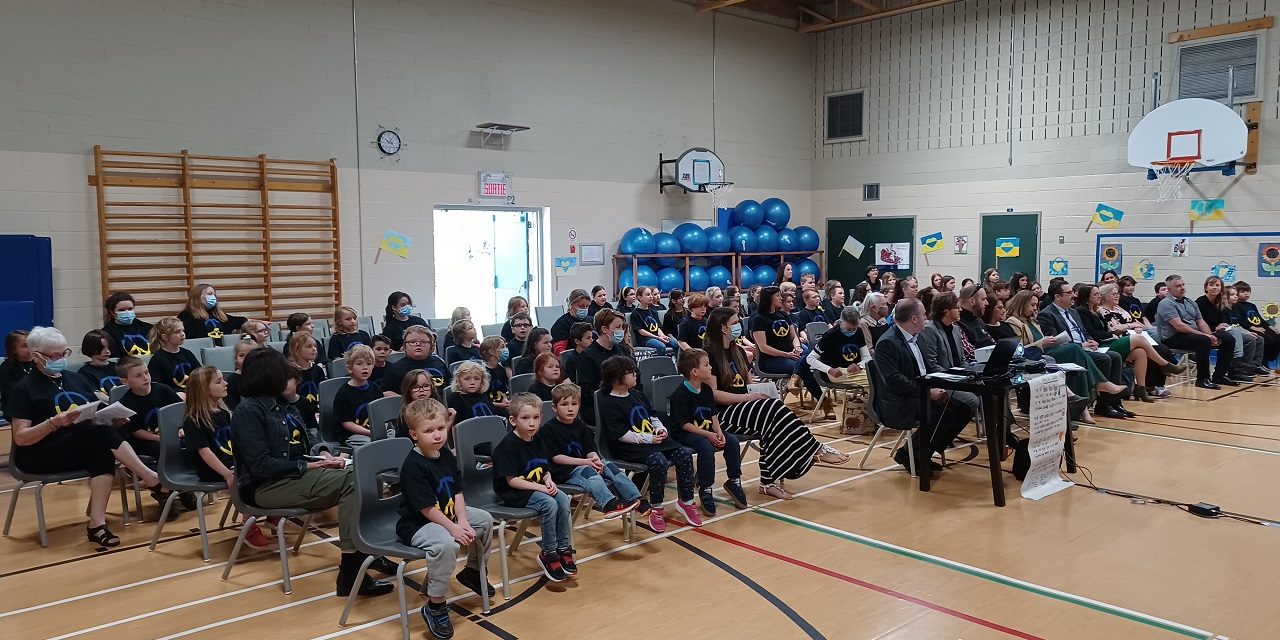 Grenville Elementary School has just 77 students, but the small school has a big heart.

Through a series of fundraising events, students and staff at the English pre-kindergarten to grade six school raised $3,200 for World Vision to assist displaced Ukrainians. One of the events the school held was a bake sale on April 29, where classrooms were transformed into a marketplace where treats were sold. From April 25 to 29, the school had recess snack sales, and a spaghetti lunch on April 25 to raise money.

Raising $3,200 from just 77 students aged four to 12 is a big achievement. When Dr. Janet Lalonde heard what the school was doing for Ukrainians, she decided to match whatever the students raised. Lalonde, a retired veterinarian from Alexandria, also contributed $3,200, bringing the actual total to $6,400.

On May 18, a special assembly was held at the school to celebrate Grenville Elementary’s contribution, which is part of the $44,668 raised by students and staff across the Sir Wilfrid Laurier School Board (SWLSB) for World Vision’s efforts to assist Ukrainians.

At the May 18 assembly, SWLSB Spiritual Animator Cheryl Smith-Debanné asked the students what they would take with them if they were refugees and suddenly had to leave their homes. “Clothes,” “Enough food for about seven days,” “Toothbrush and toothpaste,” “My dresses and a hat–in case it gets cold,” were some of the answers.

Smith-Debanne explained to the students that many Ukrainian children who had to flee their homes did not have large suitcases and could only carry small backpacks or book bags. There were looks of surprises on the students faces when she told them that 6,266,844 Ukrainians had to leave their homes and seek safety in other places.

“Thank you girls and boys for your work, your creativity, and your help during this time,” Galati said.

Grenville elementary was one of 90 SWLSB schools which organized projects to raise funds to help Ukrainians.

She told the Grenville students that there are approximately 7.5 million children in Ukraine, which is approximately the same amount as in Canada.