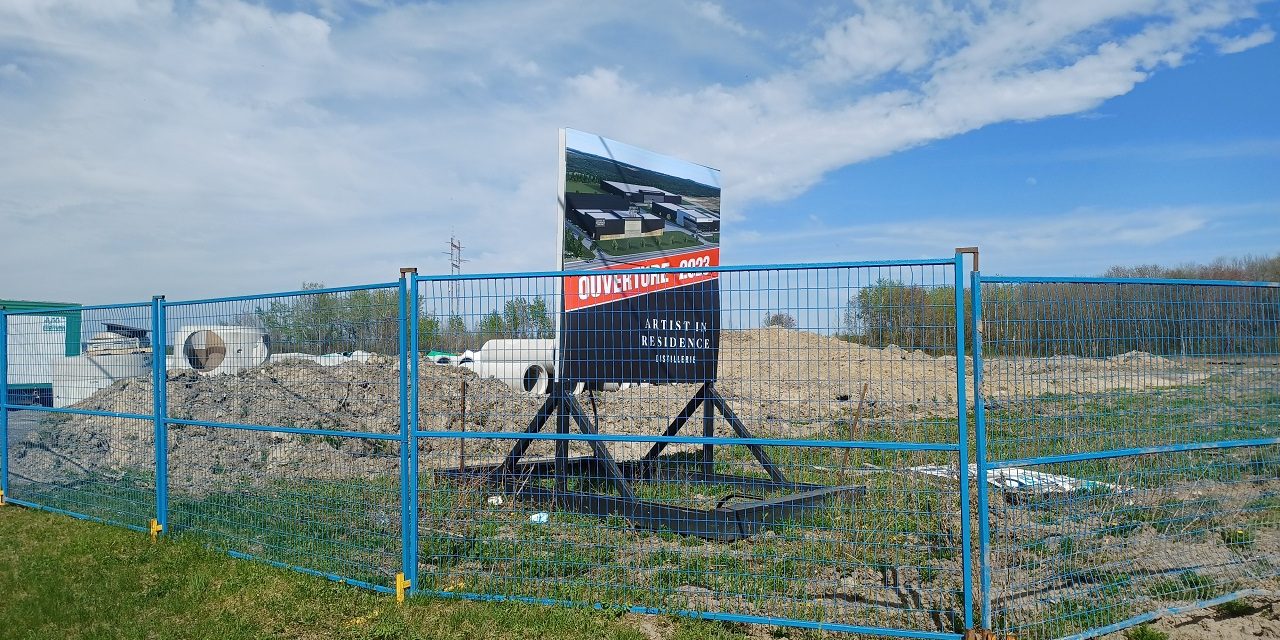 After a series of delays, construction is slowly advancing at the site of Artist-in-Residence (AIR) Distillerie on Tupper Street.

Late in the summer of 2020, AIR Distillerie founder and CEO Pierre Mantha purchased the 14.8-acre site, with plans to build his first branch distillery from the company’s existing facility in Gatineau, with the goal of opening in May or June of 2021. However, delays in the planning process prevented that from happening, and construction did not begin until the spring of 2022, with the hope of opening by May 2023.

Foundation work will take place in June, but construction has been slowed by strikes in the construction industry. However Mantha is optimistic.

The structural work on the distillery has been delayed to October. It was also difficult to begin work on the site this spring due to flooding.

The eight-phase project will eventually include a restaurant, which is likely two years away from being built. Mantha said that once it opens, the Hawkesbury distillery will produce mostly one product.

Two small-batch copper pot stills will be installed at AIR Distillerie in Hawkesbury during the coming months. Mantha hopes to produce 4,000 barrels of whisky during the first year of production. Eventually, gin and vodka will also be produced in Hawkesbury.

Mantha estimates AIR Distillerie in Hawkesbury will employ five people during its first year of operation, and 50 people in 10 years. He intends for it to remain a small-scale, craft distillery.

Mayor Paula Assaly is pleased to see the distillery construction going ahead and believes it will benefit Hawkesbury economically.