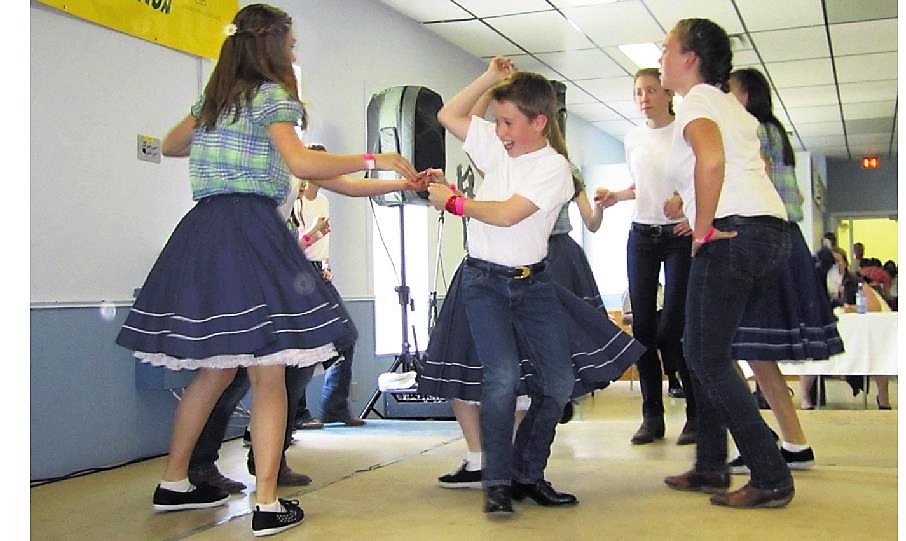 The Prescott County Country Swingers are seen here dancing up a storm at the Vankleek Hill Square Dance Competition, on Saturday, May 12, 2012. Competitors kicked up their heels and performed for the crowd all afternoon and evening long. Photo: Review Archives May 16, 2012 edition

10 Years ago
Motorcyclists say they were hassled by police
The Review, May 16, 2012 – HAWKESBURY – Motorcycle enthusiasts are outraged by what they call ‘unfair profiling and harassment’ they claim they suffered at the hands of the Hawkesbury Ontario Provincial Police (OPP) during the Harley Davidson Expo Show on May 5 at the Robert Hartley Sports Complex. A delegation of about 50 motorcyclists attended a recent Hawkesbury council meeting to voice their anger and frustration at the way they were allegedly treated during what was supposed to be a fun-filled weekend.

25 Years Ago
Restaurants urged to go smoke-free
The Review, May 21, 1997 – PRESCOTT-RUSSELL – Restaurant patrons in Prescott-Russell and Stormont-Dundas-Glengarry may be in for a tax-free, calorie-free treat on May 31 – a helping of fresh air. Throughout the five counties – which are known for their high smoking rates – restaurant owners are being invited by the Eastern Ontario Health Unit to join in a unique challenge: to be smoke-free on May 31, World No Tobacco Day.

75 Years Ago
Train wreck in Grenville injures five people
The Review, May 22, 1947 – GRENVILLE – Last Thursday night, a Canadian Pacific Railways passenger train scheduled for Grenville at 6:43 p.m., missed the side-line and got off the track. It was a miracle that nobody was killed, for it was a really bad accident. The engine had dug deeply into the gravel of the track, while the tender and three more cars were off the track in the ditch. Trainman Joe Constantineau, from Lachute, was badly hurt, while four other people were also injured. Fortunately, a few boxes of dynamite stored in the express car at the moment of the accident did not explode.

100 Years Ago
Crackdown on speeding autos
The Review, May 19, 1922 – VANKLEEK HILL – There are not many, but there are still a few in our town who are still grossly exceeding the speed limit with their auto. It would be well for our policemen to take action before some bad accident takes place.

125 Years Ago
Rivalry hurting revenue of local hockey clubs
The Review, May 21, 1897 – VANKLEEK HILL – There was a meeting of the VKH AAA in the Crystal Rink last Saturday evening at which the association contributed $25 to the hockey club to liquidate its indebtedness to the rink. The past hockey season evidently was not a financial success for either the Vankleek Hill or Hawkesbury hockey clubs. The former was assisted to the tune of $25 and the Hawkesbury club gave a concert last week to wipe out its indebtedness. A more friendly spirit between the two clubs would result in mutual benefit, as greater interest is taken in local matches than in matches with outside teams.