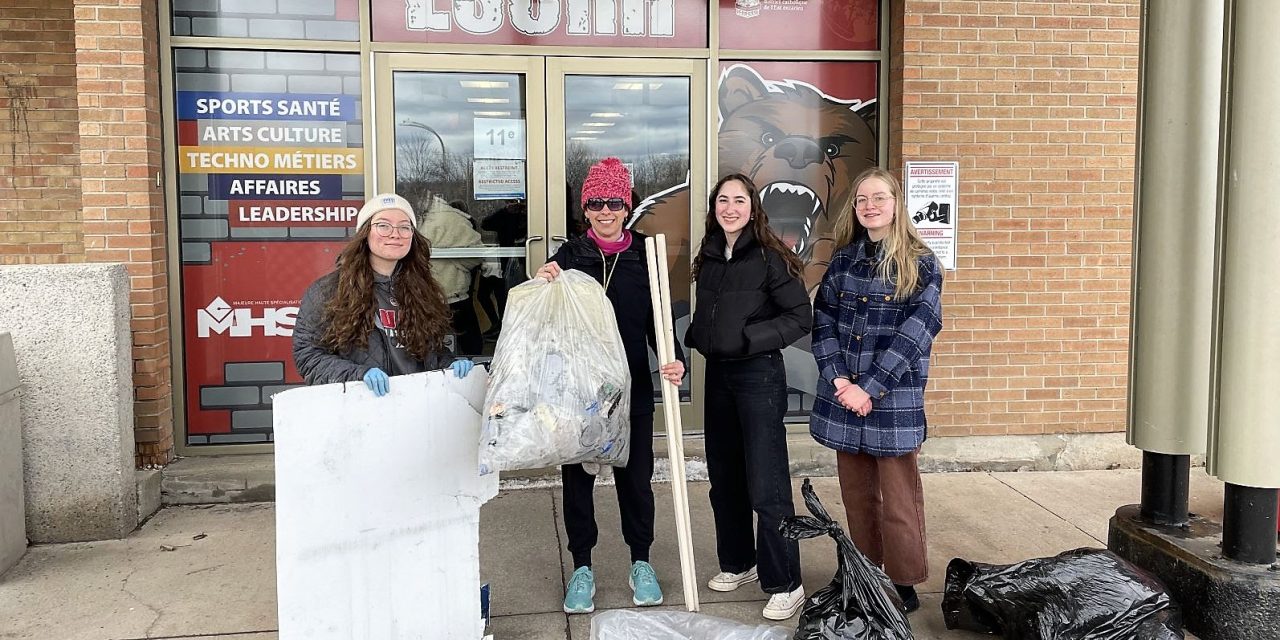 Earth Day was very special for the FranVert committee of École secondaire catholique régionale de Hawkesbury (ESCRH), as it was also the school’s 22nd anniversary of celebrating the event.

ESCRH’s involvement in Earth Day began in 2000, with a clean up of the stream in front of the school and the project subsequently included all neighborhoods west of McGill Street. Over the years, this enthusiasm has even allowed students to do chores in certain neighborhoods near Old Mill Park.

“I’m happy because we’ve been celebrating for 22 years, which means we’re tenacious,” said Gilles Trahan, one of the teachers in charge of the FranVert committee. “Yes, it’s a nice gesture that we are doing, but I would be even prouder if we could celebrate Earth Day by not picking up trash that isn’t there. Sometimes the nicest things are the ones we don’t do!”