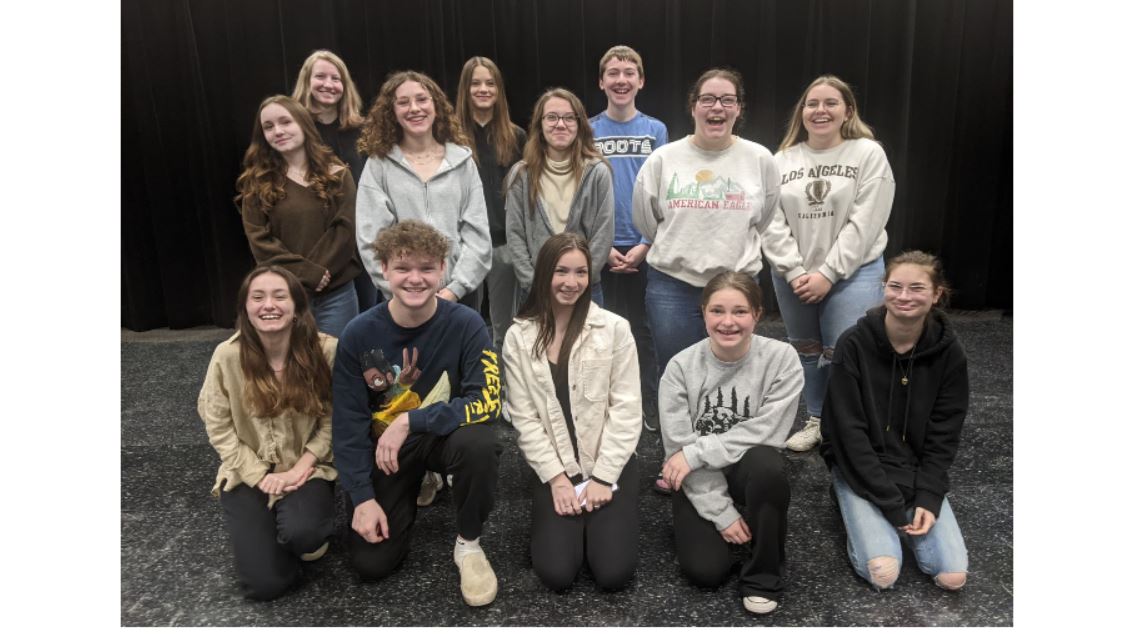 The ESPrit d’show-théâtre troupe from l’École secondaire catholique de Plantagenet (ESCP) participated in the school theatre festival organized by Théâtre Action on April 21 and 22. During the festival, the troupe won the Première Ligne prize, awarded to the best creative text for their work L’Impact.

L’Impact is a collective creation of the members of the troupe, of the choral narrative type. It is 13 characters, each with their problem, delivered in full or detached monologue. It also has 14 impacts, whose themes revolve around pressure; pressure from parents, peers, society, and identification. The 13 characters, with different stories, but each has a connection to the character of Martin – a teenager who wonders if he should be given a second chance.

This is the second time that the troupe has been awarded the Première Ligne prize at the festival. A $500 scholarship accompanies the award.