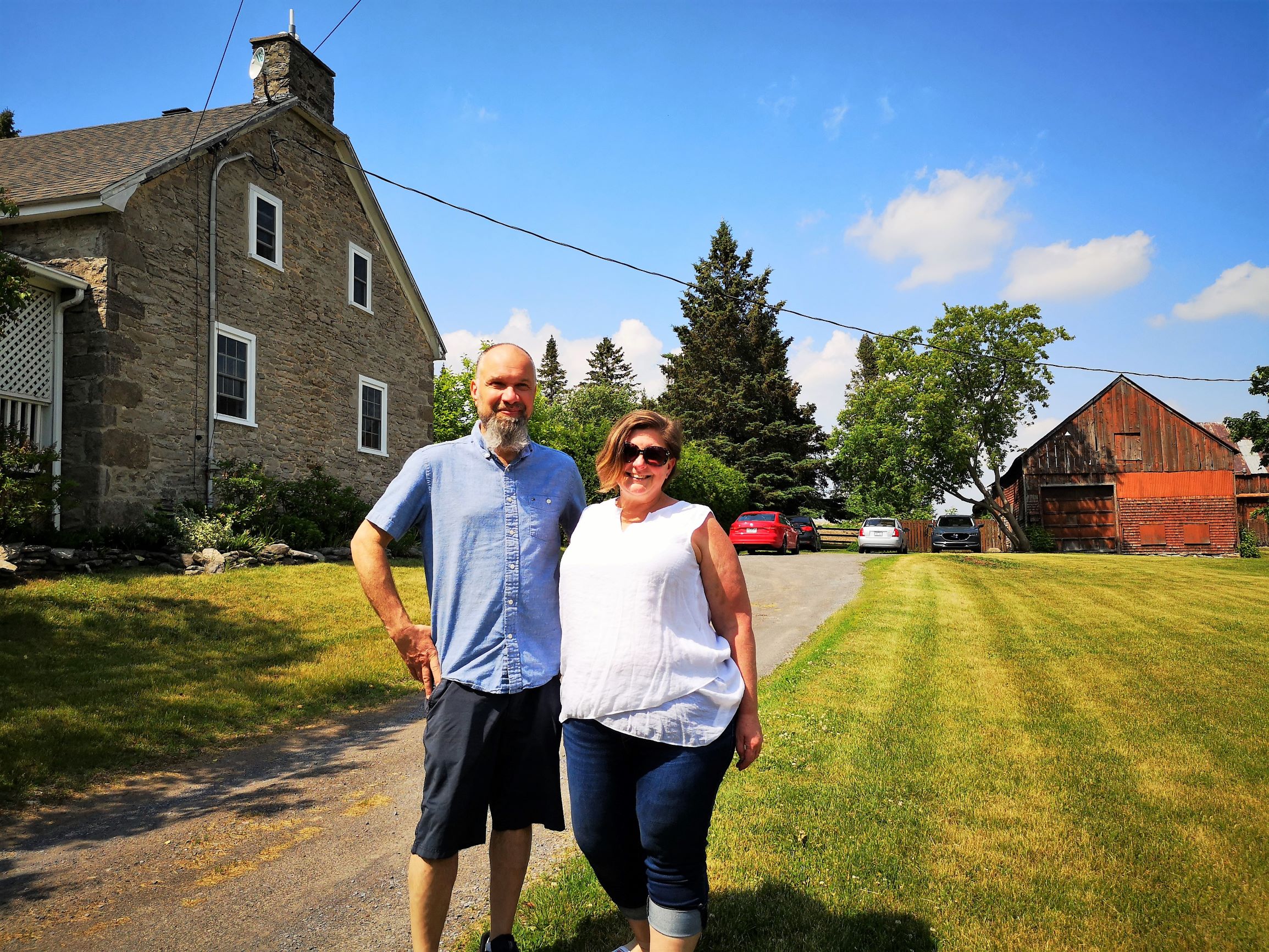 Mike Block and Sandra Bebbington-Block at the Vankleek Hill Tulip Fields property on Main Street in Vankleek Hill. More than 300,000 tulips are expected to be in full bloom by the beginning of May. Photo: Reid Masson

Vankleek Hill’s sea of tulips is just a week, or perhaps days away.

What are now just green buds from the more than 300,000 bulbs planted last fall at the Vankleek Hill Tulip Fields, should be in full bloom by the time the u-pick tulip operation plans to open to the public for the first time in early May (final date still to be determined). And the gloomy April weather, including an unexpected snowfall last week, should have little effect on the resilient plants.

“Tulip bulbs in general are pretty hardy, so they’re very used to wet springs for the most part,” said Sandra Bebbington-Block, who owns the property at 199 Main Street East in Vankleek Hill with her husband Mike Block. “So far they’re moving along well.”

The bulbs were planted last autumn with 10 different varieties planted in seven rows each – the result of which will make solid blocks of colour.

The planting was the final step last year in a process that began in the spring of 2021 with weeding, followed by repeated discing and plowing of the two-acre field throughout summer. The land had not been worked in many years and needed aerating. The owners of the property were assisted in getting the land ready over the summer by local farmer Andre Ouimet.

The site will feature a covered terrace overlooking the field and places for visitors to sit. There will also be various spots to sit scattered throughout the property.

“They’ll be able to see 300,000 tulips all at the same time,” Bebbington said of the multiple seating locations.

There will also be a number of special events held throughout May, including special musical guests.

The Blocks purchased the five-acre property on the village’s Main Street this past March. The site, which features a two-century-old stone farmhouse and barn, is well-known to residents of Vankleek Hill, having been the long-time residence of Don and Bev Mahon.

The idea for their u-pick tulip project is based on a model from Holland, where there are hundreds of acres of tulips open to the public. Tulips are also commercially sold in Canada and are very popular in the spring.