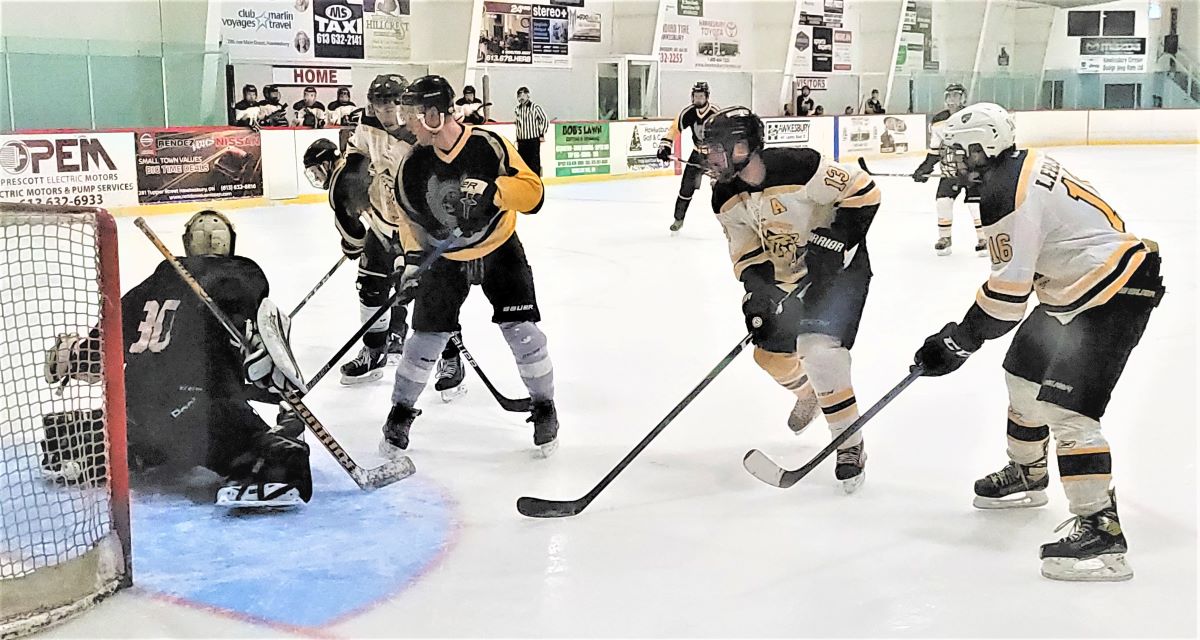 The Rendez Vous Nissan Pond Rocket Cup was back with a bang last weekend in Vankleek Hill, with a record number of teams taking part in the popular 4-on-4 hockey tournament.

“Teamwise it was the biggest ever – we had 20 teams,” said Jason Jackson, President of Pond Rocket Sports, which hosts the event. “We were overwhelmed by the turnout we had.”

The tournament championship went to The Roadrunners, who won the Windsor Tavern Competitive Division. The Ottawa Hosers won the St-Pierre Construction Recreational Division and have committed to making the move to the competitive division next year.

The most popular team of the weekend were the young guns on MPH Iron Works in the recreational Wrecked Division. The team was composed of players in their teens.

“They had a huge crowd, because mom, dad, grandma and grandpa, their girlfriends, siblings and all their buddies from school came out to watch them play,” Jackson enthused. “The stands were packed when they were out there.”

This year was the 16th edition of the tournament, which was canceled in 2020 and 2021 due to the COVID-19 pandemic. Newcomers to the tournament found out quickly that a half hour of non-stop hockey can sap energy.

“When people hear it’s only a 30-minute game, they’re kind of skeptical,” Jackson said. “But after they’ve played a game, they realize 30 minutes is a long time if you’re not stopping at all.”

The president of the tournament thanked the captains of each team for putting their squads together and also had a special thanks for the Windsor Tavern, which hosted the after party this year. The party is normally held upstairs at the Vankleek Hill Community Centre.

“The party is as big a part of the tournament as the hockey,” Jackson noted.

A portion of the proceeds from the event will go to support the Vankleek Hill Sports Club, of which Jackson is also the president. The club is a non-profit organization, whose mandate is to provide affordable recreational youth sports programs while helping to facilitate local school and competitive teams in need of financial or administrative support in the region. 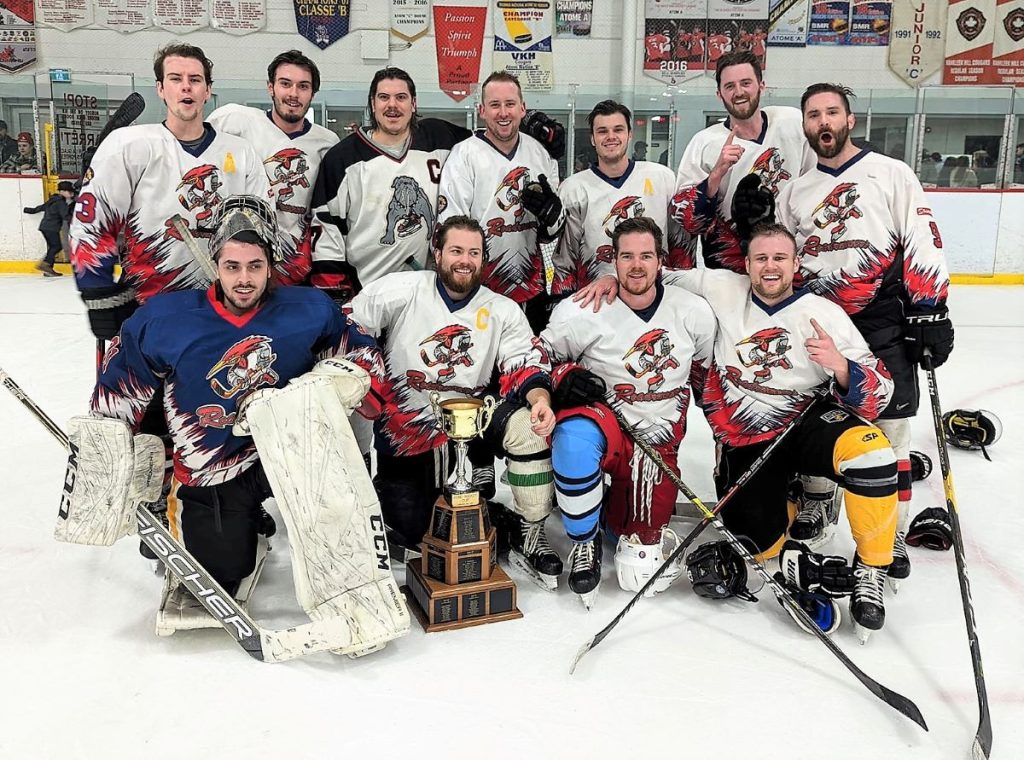 The tournament championship went to The Roadrunners, who won the Windsor Tavern Competitive Division. Submitted Photo 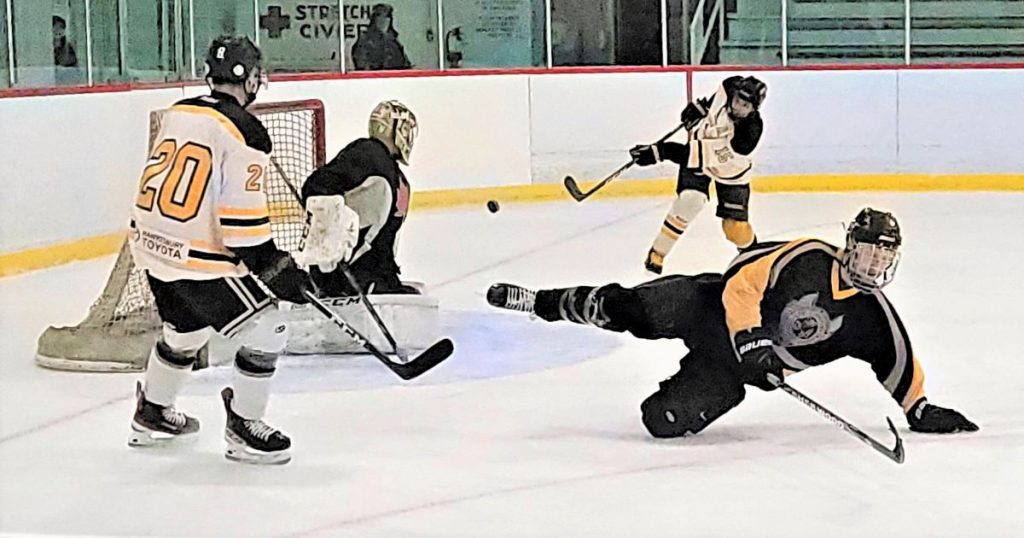 The Boilermakers take on the Cougars Alumni. Photo: Reid Masson 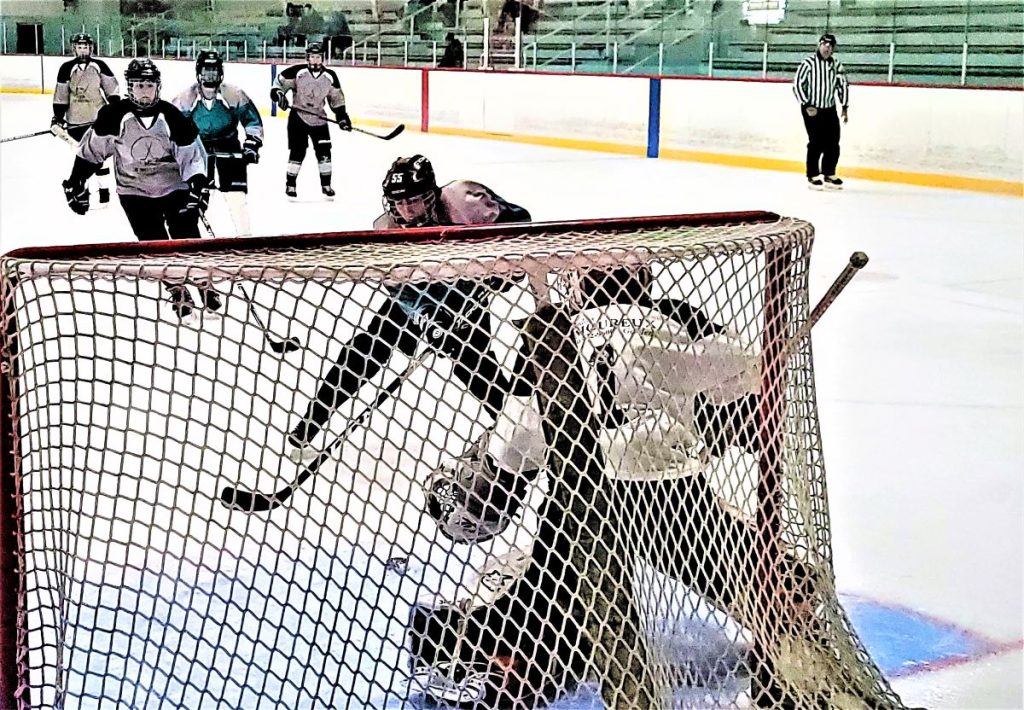 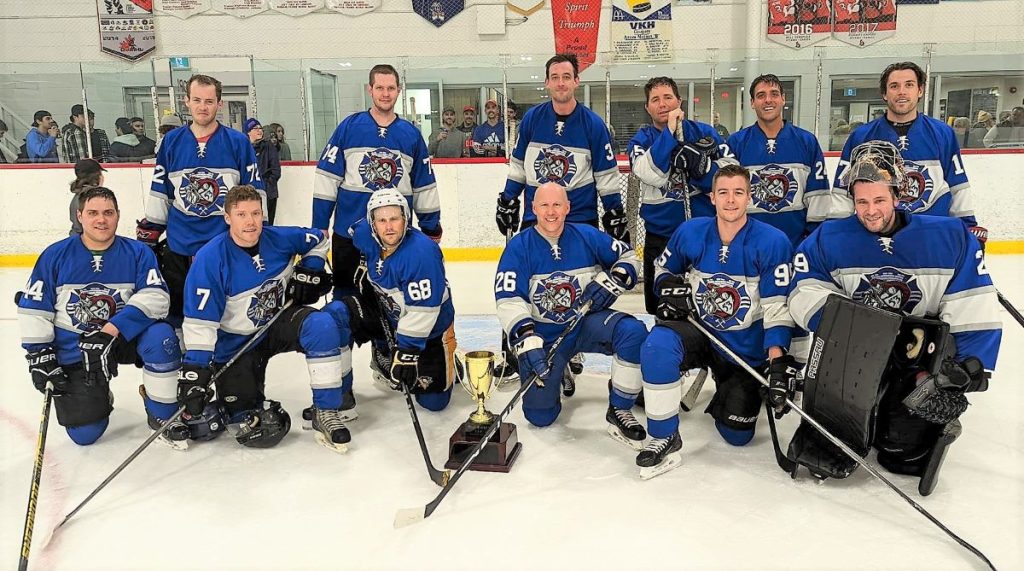 The Ottawa Hosers won the St-Pierre Construction Recreational Division and have committed to making the move to the competitive division next year. Submitted Photo