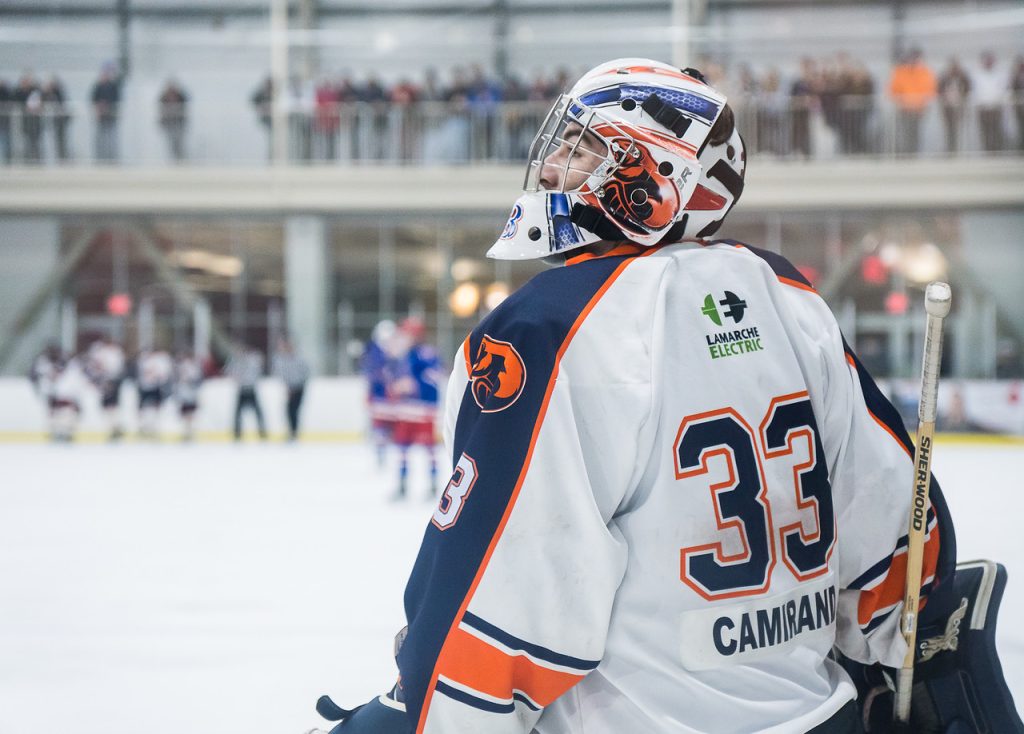 The Castors capped off a four-game sweep of the South Grenville Rangers with a hard-fought 3-2 road victory on Saturday, April 2, facing down both their opponents and a hostile crowd at the Cardinal Arena.

“It’s been years in the making for myself and a couple of us on this team,” said Castors Head Coach and General Manager Tim Kosch. “We’ve come close a few times and that it finally paid off is a great milestone for us.”

Zachary Payer had a goal and an assist in the game, while Jaddus Savoie added a goal. Captain Jacob Servant, who scored game winners in double overtime in the first two games of the finals, had two assists in Game 4. The Castors led 2-1 after the first period, before South Grenville tied it up in the second, setting the stage for Gaumond’s third-period heroics.

Kosch had special praise for Director of Players and Assistant Coach Marco Camirand – his brother and netminder Corey’s father – as well as team owner Andre Roy. The three have been chasing the NCJHL championship together for a long time.

“We did this with my brother, and André and I have been trying to chase this cup together since 2005,” Kosch said.

While thrilled with his team’s resilience in the finals, the Castors head coach was not impressed with the tactics used by South Grenville in the series, particularly in the final two games played. He said the Rangers took themselves out of the series with undisciplined play. 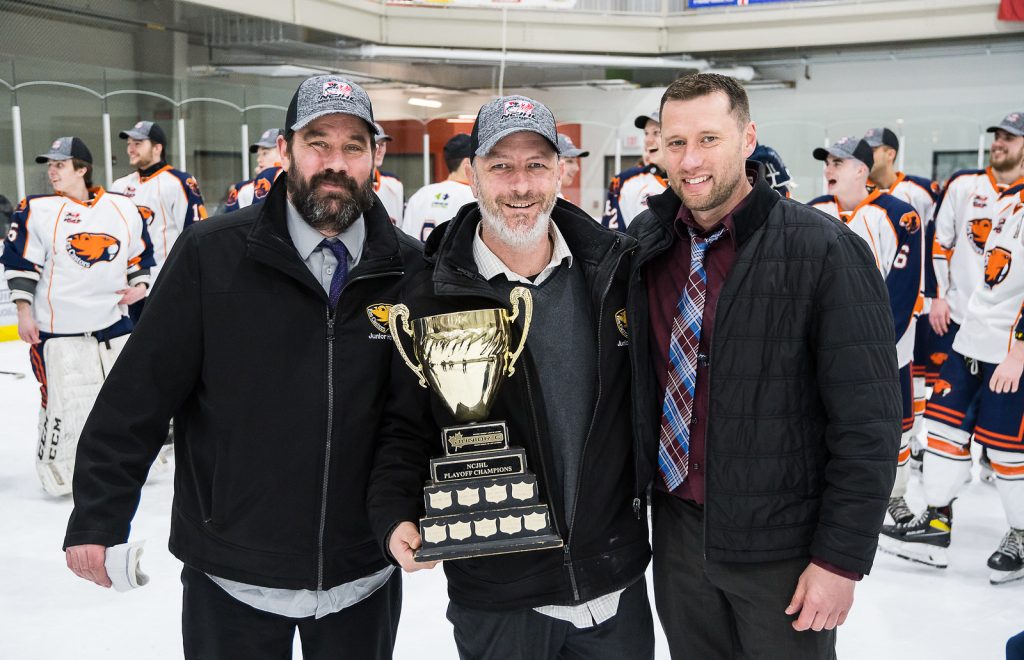 “Some of the antics they pulled in the last two games – they took their focus off of the game of hockey,” Kosch said, adding he was particularly upset by the treatment of goaltender Camirand – his nephew – who did not play in the first two games of the finals after his beloved Rottweiler dog Rocco suddenly passed away. “They skated by the crease making comments about his dog… on Saturday night there was a stuffed animal thrown on the ice from the fans.”

“It left a sour taste in our mouths. It was just unfortunate.”

Kosch said he would be writing a letter to the NCJHL regarding the incidents. 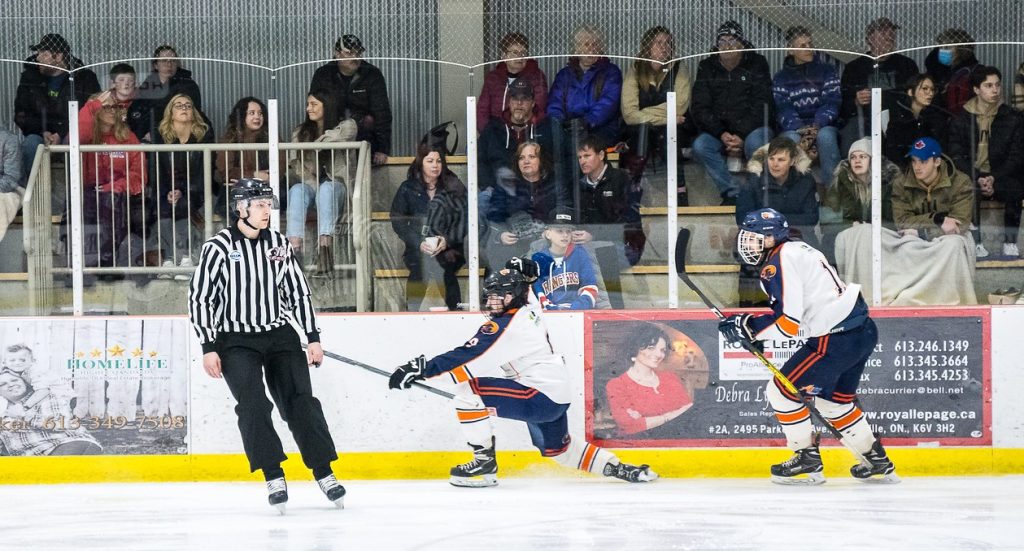 Nicolas Gaumond (9) celebrates after scoring the championship winning goal in front of fans at the Cardinal Arena. Photo: Nadia Roy 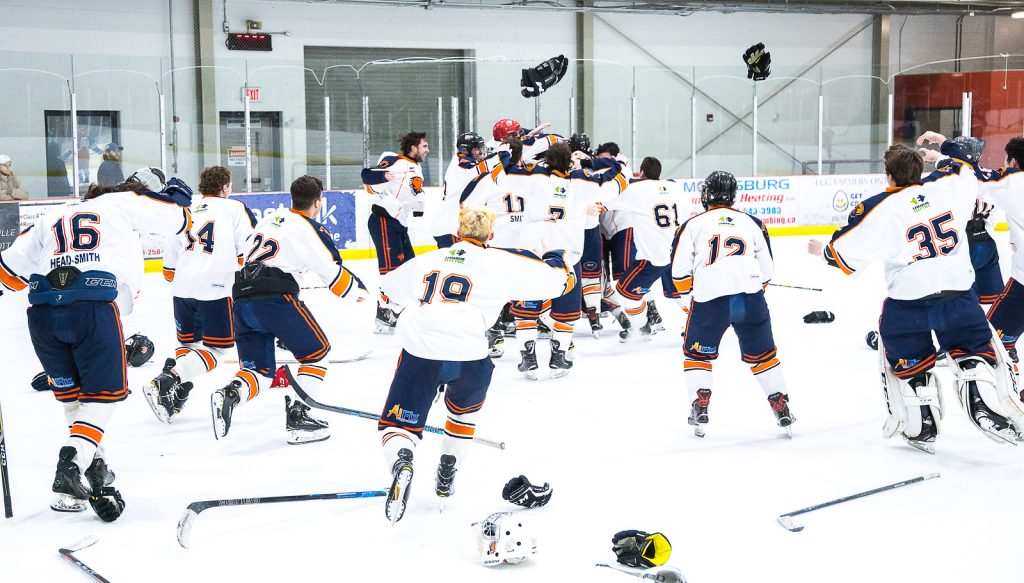 The Castors pour onto the ice after the final buzzer. Photo: Nadia Roy