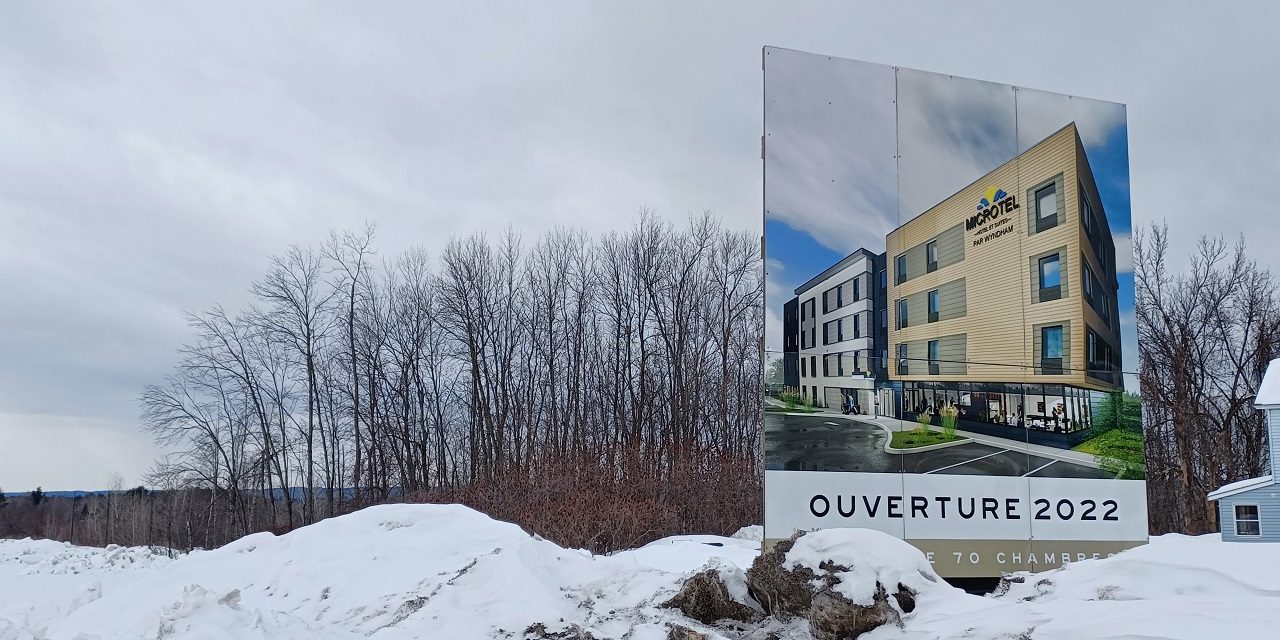 Lachute council met on March 7, and it was a busy meeting with many significant decisions made.

Council approved a request for a minor variance for the property on avenue Bethany beside the Couche-Tard convenience store and gas station. The variance was necessary before the Microtel hotel proposed for the site may be constructed. Microtel is a budget, minimal-luxury hotel chain owned by Wyndham – the same company which owns the Ramada Inn and Days Inn chains.

Council recognized the request from the Club de recreation de Lachute for a property tax exemption for its building located at 60 rue Harriett beside Laurentian Elementary School. Mayor Bernard Bigras-Denis said a decision on the request for tax exemption is pending. The club also requested tax exemptions in 2012 and 2015.

On March 7, Lachute council approved a regulation to permit borrowing $926,100 for the purchase of new vehicles for the Department of Public Works. Bigras-Denis said the vehicles include a new tractor, vacuum truck, and vehicles for snow removal.

The folks at home

Intergenerational housing, also known as garden suites or granny flats, are now permitted in Lachute. The secondary dwellings on existing residential properties allow people to keep elderly family members living independently while having the support of younger family members close by. On March 7, council approved a regulation permitting the units in all urban areas of Lachute.

New residential housing is a step closer to reality on former commercial property near the intersection of rue Principale and avenue Hamford in Lachute. On March 7, council approved a regulation to change the zoning to allow duplexes, triplexes, and quadruplex residential dwellings on the property.

Lachute council wants to explore ways of making the downtown area on rue Principale more pedestrian friendly. On March 7, council agreed to make $201,000 available to implement various changes this summer which will serve as a test to see if future, permanent changes should be made to pedestrian crossings and safety in the downtown area. Mayor Bernard Bigras-Denis said the changes could be part of a long-term project for the revitalization of rue Principale.

Work is going ahead for the replacement of storm sewer pipes between avenue de Lorraine and the Walker Stream in Lachute. On March 7, council awarded the contract for the work to Bernard Sauve Excavation at a cost of $459,676.

Work is being delayed for construction of two storm water retention ponds on avenue Barron between boulevard Cristini and avenue de Lorraine. On March 7, Lachute council rejected all tender submissions for the project due to changing specifications.

“The requirements changed significantly for this project,” Bigras-Denis said.

Supplementary work is required associated with the installation of a new biological filter system at the Dunany water filtration plant in Lachute. Council approved the additional work on March 7 at a cost of $22,000.

Further work is required on the restoration of the windows of the former United Church building in Lachute, which will eventually be the new home of the public library. On March 7, council approved $5,727 in supplementary work on the windows.

“It’s part of the heritage of the building,” he said.

Council also approved extending the mandate for the glass restoration work from March 16, 2022, to March 15, 2023. The work is being done by Studio du Verre. The extended mandate will cost $7,800.