Touré fires hat trick, as Hawks put on a show for hometown fans against Rockland 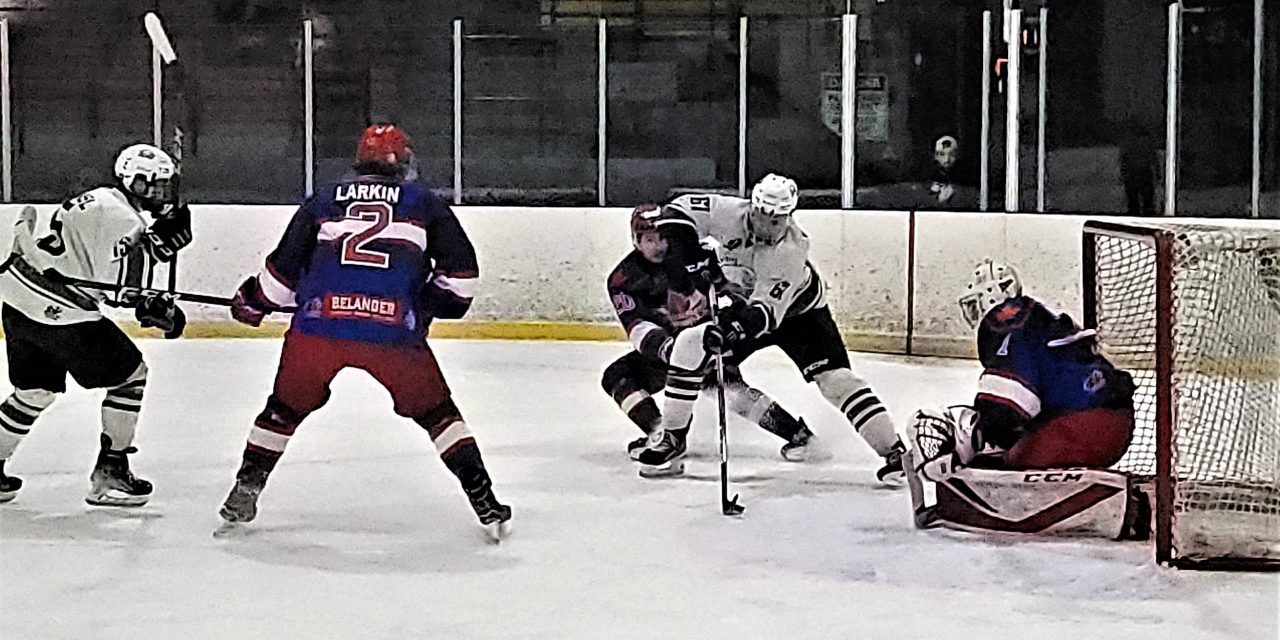 Hawks left winger Kerfalla Toure (67) bulls his way in front of the net during the Hawks March 18 home game against the Rockland Nationals. Touré had a hat trick and was named the game’s first star, as the Hawks beat the Nationals 7-3. Photo: Reid Masson

The Hawkesbury Hawks put on a show for their hometown fans on Friday night (March 18), with newcomer Kerfalla Touré firing a hat trick to lead a parade of goals in the second period, as the Hawks beat the Rockland Nationals 7-3.

The 21-year-old left winger, playing in just his sixth game for the Hawks since being acquired from the Carleton Place Canadians, was a beast in front of the Rockland net, scoring three goals and adding an assist to earn the game’s first star. Defenceman Mark Cooper, who had a goal and two assists, was named the game’s second star, while netminder Matthew Tovell stopped 25 of the 28 shots he faced to earn the victory. The Hawks outshot nationals 42-28 overall, after a sluggish start in the first period.

Nicolas Tan got the Hawks on the board at 15:05 of a back-and-forth first frame that saw Rockland outshoot Hawkesbury 12-11, before the Hawks broke loose in the second. Rylee Hlusiak scored his 25th of the season just 35 seconds into the period, with Jakson Kirk firing home his 24th goal less than a minute later. Cooper and Touré made it 5-0 for the home squad, before Rockland’s Yanic Crête scored a power play goal to briefly interrupt the barrage.

Touré added his second of the night with three minutes left in the second to stake the Hawks to a 6-2 lead heading into the final period. The Hawks forward completed his hat trick at 5:46 of the third period, in between Rockland goals by William Pilon and Giovanni Morneau, who scored his 21st of the season.

The Hawks acquired Touré, along with his brother Djibril – an 18-year-old defenceman – from Carleton Place on January 10. Kerfalla played 25 games for the Canadians this season, recording 14 goals and 9 assists. The rugged left winger also added 65 penalty minutes with Carleton Place. In six games with the Hawks, the elder Touré has already notched five goals, along with three assists and 37 penalty minutes.

With their fourth win in a row, The Hawks improved their overall record to 32-10-4 and have a record of 8-1-1 in the team’s last 10 games. Hawkesbury is in Renfrew on Sunday, March 30, to play the Wolves in a game that begins at 2 p.m. at the Ma-Te-Way Activity Centre. 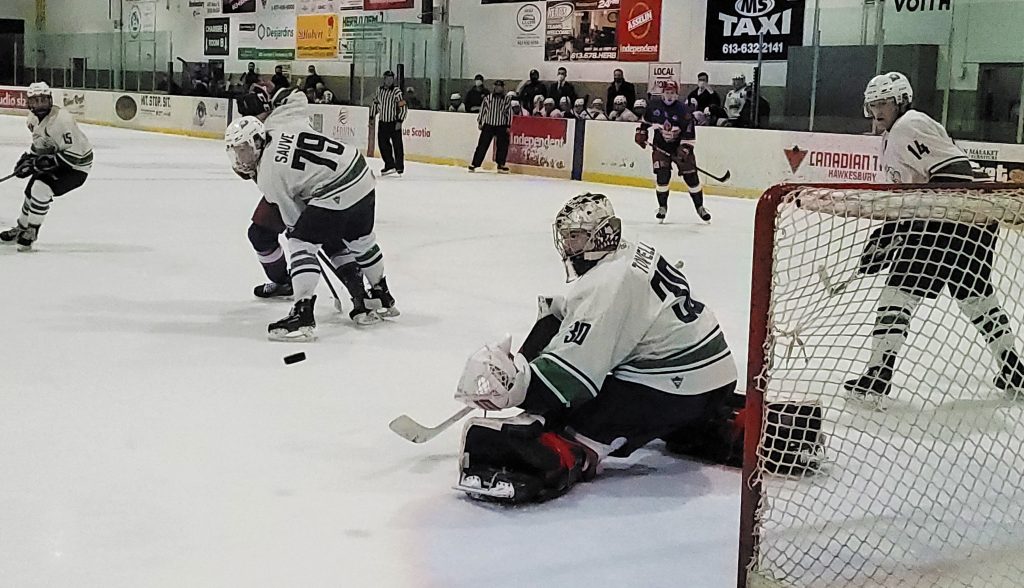 Hawks netminder Matthew Tovell (30) keeps his eye on the puck as he snags a hot shot, while defencemen Nathan Sauvé (79) and Reid Oliver (14) guard against a rebound. Tovell stopped 25 of the 28 shots he faced to earn the win in the Hawks 7-3 victory over the Nationals. Photo: Reid Masson