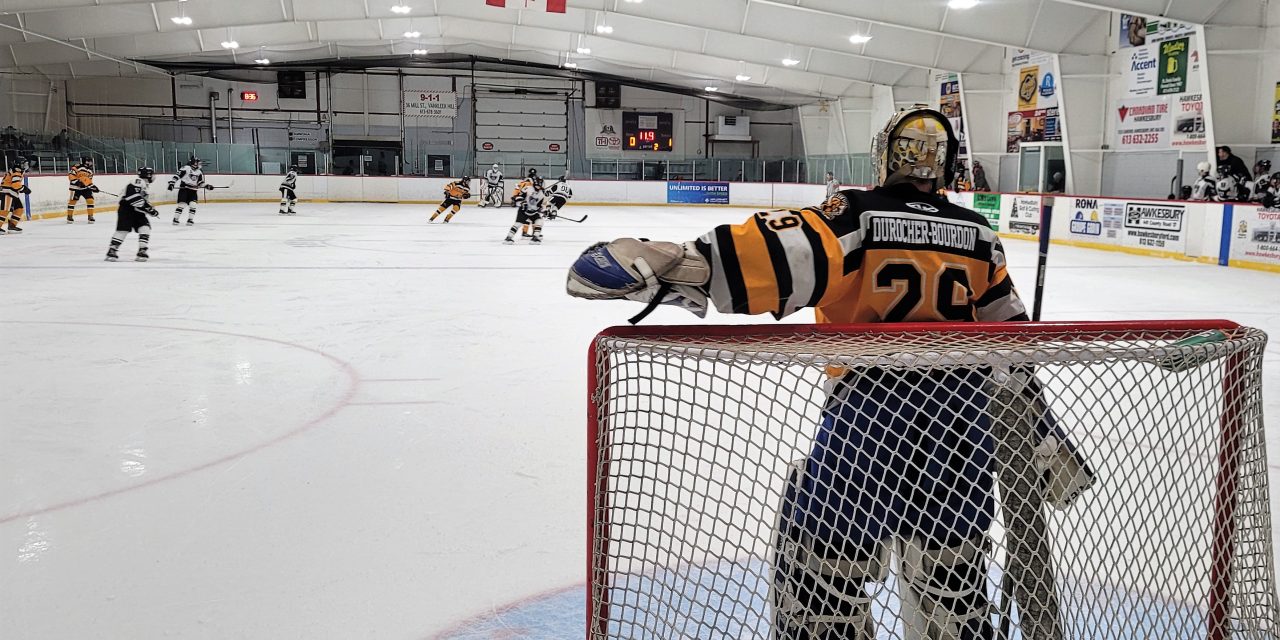 The season is over for the Vankleek Hill Cougars after they fell 5-2 to the Gatineau-Hull Volant on Friday, March 4. Photo Reid Masson

The Vankleek Hill Cougars season of growth is over sooner than hoped and the team is looking forward to next year, after falling three games to two to the Gatineau-Hull Volant in the first round of the National Capital Junior Hockey League playoffs.

The Cougars dropped a 5-2 decision in the fifth and deciding game of the series in Gatineau on Friday, March 4. As they did all series, Vankleek Hill outshot the Volant – 52 to 45 in this game – but could not find the back of the net.

Trailing 2-1 with 10 seconds left in the first period, the Cougars had a golden opportunity to tie the game, but the puck slid through the Volant goal crease and stayed out. Gatineau-Hull then scored two unanswered goals in the second period to put the game out of reach. The Cougars continued to have chances, hitting the post five times during the game.

Despite the high number of shots Vankleek Hill fired at the Gatineau-Hull net, Cougars head coach Franky Dopelhamer said the Volant were full value for the win and earned the series victory.

“To be honest, Gatineau-Hull deserved that game,” Dopelhamer said. “Maybe not the other games (in the series), but they were better than us in that game.”

The Cougars coach said the team’s young players made a number of mistakes during the March 4 game and appeared nervous throughout the contest. But he’s hopeful the growth shown by the players this year will bode well for next season.

“The future’s looking bright,” Dopelhamer stated, noting the Cougars are losing only four overage players this season. “Everyone else can come back.”

“We can only be better next year.”