Hawks look for revenge against Pembroke Lumber Kings in Hawkesbury this Friday, March 11 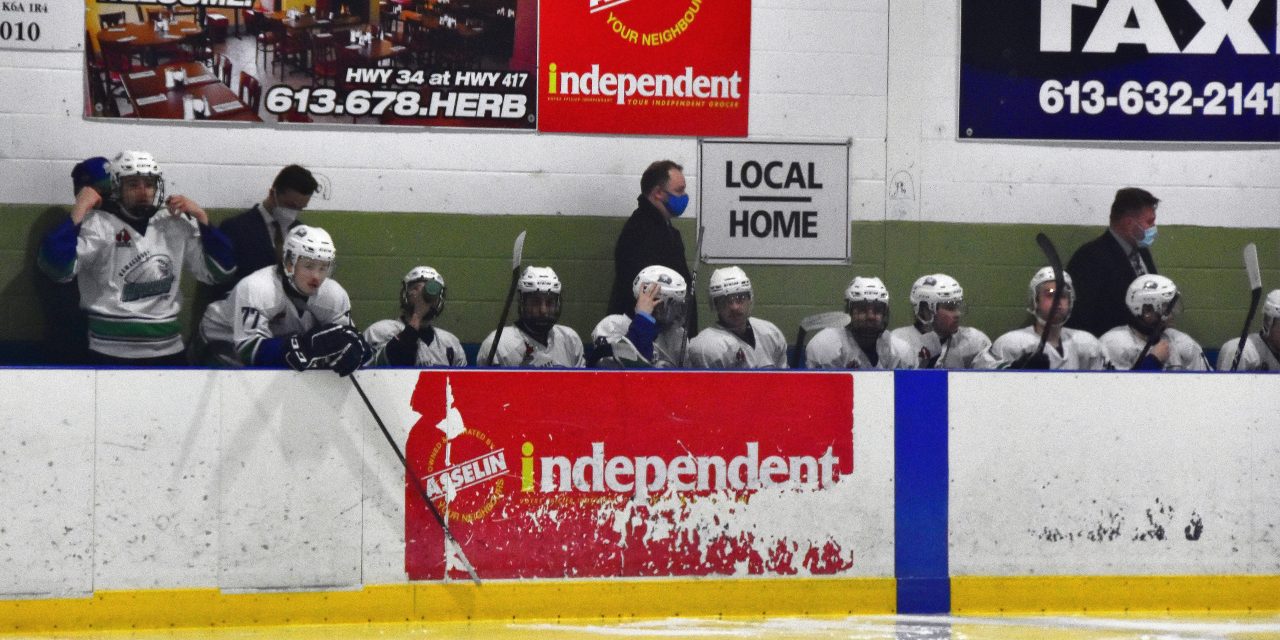 The Hawkesbury Hawks will be back home at the Robert Hartley Sports Complex this Friday, March 11, for a rematch against the Pembroke Lumber Kings, who shut them out 2-0 last Sunday. Photo: Sylvain Lauwers

The Hawkesbury Hawks will be looking for revenge against the Pembroke Lumber Kings this Friday (March 11) at the Robert Hartley Sports Complex.

The Hawks were shutout 2-0 by Pembroke on Sunday, March 6, despite firing 42 shots at Lumber Kings netminder Reece Proulx, who was outstanding between the pipes to earn the victory. The two teams were scoreless after two periods, before Joe Jordan finally scored on Hawks goaltender Matthew Tovell at 6:33 of the third. Pembroke added a power-play goal with 57 seconds left in the game, while Tovell was on the bench for an extra attacker.

Despite Sunday’s loss, Hawkesbury remains in second in the CCHL’s Yzerman Division and second overall in the league, eight points behind the Ottawa Junior Senators.

After facing Pembroke at home on Friday, the Hawks are on the road Sunday afternoon (March 13) against Navan and then in Smiths Falls on Tuesday, March 15, for an evening game.