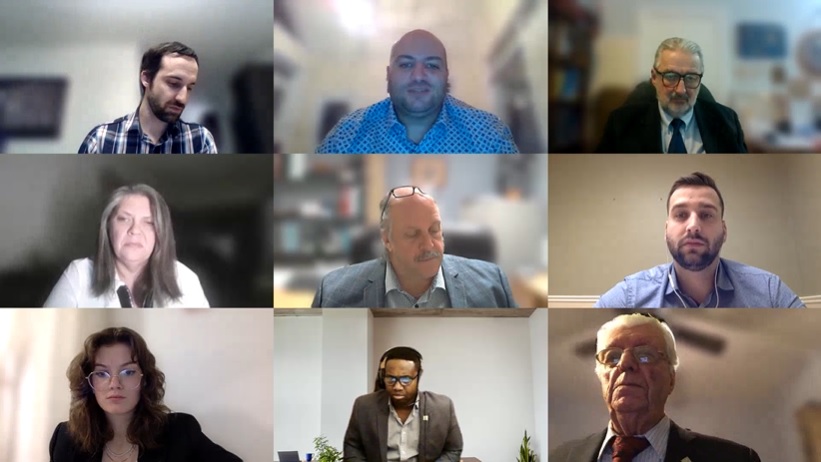 The town of Brownsburg-Chatham will not be purchasing a historic church building in Brownsburg.

Sainte-Trinité parish (Roman Catholic) is vacating Église St-Louis-de-France in the community, due to low attendance. The parish is trying to sell the building.

The parish offered the church building to the municipality for the price of one dollar, but at the February 1 council meeting, the offer was rejected. Councillor Stephen Rowland requested a registered vote be taken on the offer. Councillors Martine Renaud and Louis Quevillon voted in favour of the offer, but Councillors Pierre Baril, André Junior Florestal, Marilou Laurin, and Rowland voted against it.

Sainte-Trinité parish also has church buildings in St-Philippe and Wentworth.

There is now a zone where tourist residences are permitted in Brownsburg-Chatham. On February 1, council adopted a new regulation creating the Ru-330 zone within part of the existing rural zone, to allow tourist residences under the accommodation use class. The new regulation is part of an effort by the town to better define where vacation accommodations are permitted.

Efforts to regulate short-term vacation rentals continue in Brownsburg-Chatham. In January, a regulation was already given final approval by council to restrict short-term rentals on properties fronting the Ottawa River. On February 1, a notice of motion was introduced to council and draft regulation was received to further restrict short term rentals in areas identified as Ru-300 to Ru-321, Ru-324 to Ru-329, V-400 to V-410, V-413 to V-422, V-429 to V-435 and V-437 to V-439.

Only single-family homes will be permitted in areas subject to the new regulations on vacation accommodations and short-term rentals. On February 1, Brownsburg-Chatham Council received a notice of motion and draft regulation to only allow single-family dwellings in order to create the Ru-331 rural area out of the existing Ru-300 area.

On February 1, Brownsburg-Chatham Council agreed to provide a letter of support to Royal Canadian Legion Branch 71 in Brownsburg for a grant application it is making for a series of renovations required at its hall on rue MacVicar. The building requires a series of upgrades to improve accessibility and to its heating and ventilation system.