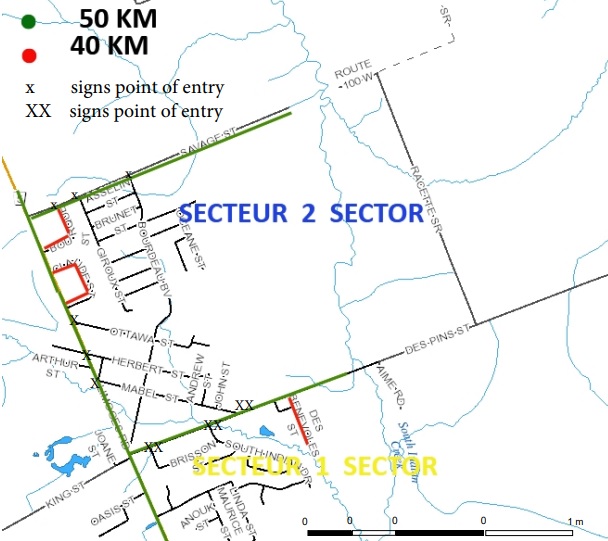 A slowdown is on its way to speed limits in Limoges.

On January 24, La Nation Municipality Director of Public Works Marc Legault told council speeding has increased in the village in recent years, especially in residential areas. He is proposing a Community Speed Limit Reduction Awareness Program in Limoges, where signs with a still undetermined slogan will be placed at the entrance to the village. The speed limit will be reduced from 50 kilometres per hour to 40 kilometres per hour on Bourque Street, Galaxie and Claude streets, Des Bénévoles Street.

Legault said the proposal is a pilot project.

“In residential neighbourhoods, there’s nothing to justify the speed by drivers,” said Mayor François St-Amour.

Councillor Marie-Noëlle Lanthier asked if a communication plan, slogan, and promotions of campaign for the speed reduction program will be presented to council before the project begins. Renaud assured her it will be.

February is Black History Month and on January 24, La Nation Council approved a resolution recognizing the month in the municipality.

“The Nation’s Council acknowledges Black History Month, about honouring the enormous contributions that Black people have made, and continue to make, in all sectors of society. It is about celebrating resilience, innovation, and determination to work towards a more inclusive and diverse Canada—a Canada in which everyone has every opportunity to flourish,” reads a statement issued by the municipality.