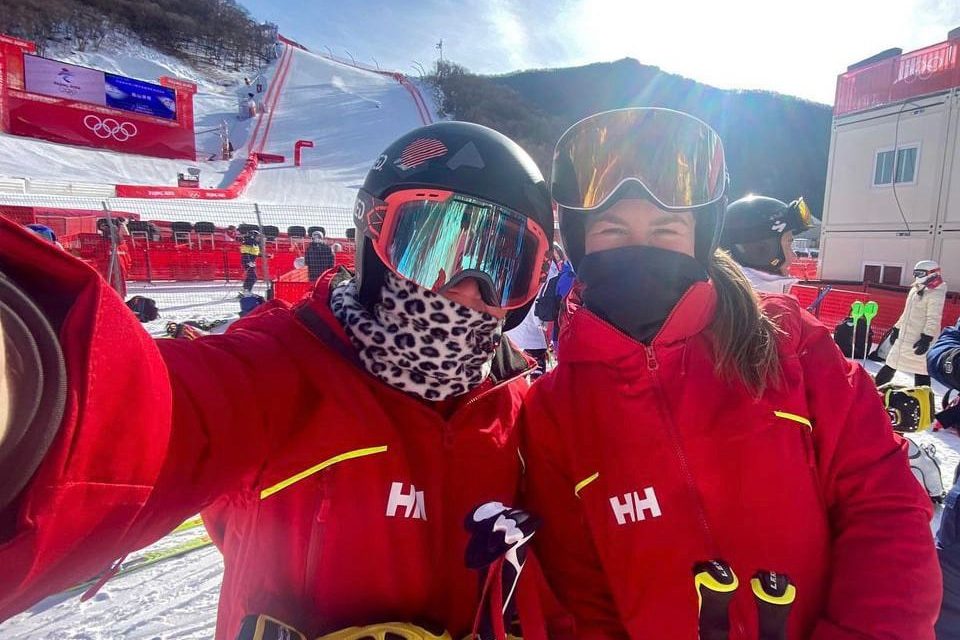 Canada’s hopes for a medal in Women’s Giant Slalom came to a sudden end on Monday, February 7, when teammates Valérie Grenier and Cassidy Gray both failed to finish the first run.

Grenier, who was raised in St-Isidore and lives in L’Orignal, was disqualified after getting caught on a gate just seconds from the end of her first run. It was a heartbreaking finish for the local skier, who had high hopes for a medal after a fourth-place finish in the World Cup GS race in Slovenia in early January. Grenier was also disqualified in the giant slalom event in her Olympic debut in 2018, but managed a sixth place finish in the alpine combined event.

Despite her disappointment, Grenier stayed to cheer on her teammate Gray during her first run, only to see the 21-year-old Canadian skier take a hard fall after catching an edge.

“I was watching Cass go down, and was hoping for the best. When I saw her go down, I started crying,” said Grenier in a post on Alpine Canada’s Facebook Page. “I really wanted her to do well to have some happiness in my day.”

Gray was equally disappointed for Grenier, and the two teammates hugged and consoled each other after they met up at the bottom of the hill.

“I came through the finish and as soon as I saw Val’s hat, I knew it was going to be really emotional” said Gray on Alpine Canada’s Facebook page. “It was 30 seconds of us hugging and crying.”

“Not everybody is going to have their best day at the Olympics.”

Grenier will now focus on the remainder of the Women’s World Cup season, still focusing on her goal of reaching the podium. The L’Orignal skier acknowledged that heartbreak is a part of sports.

“It happens, it could’ve gone well for us, but it didn’t,” said Grenier. “That’s sports, for sure I wanted the medal, but there will be more.”

“I am still reaching for the podium.”