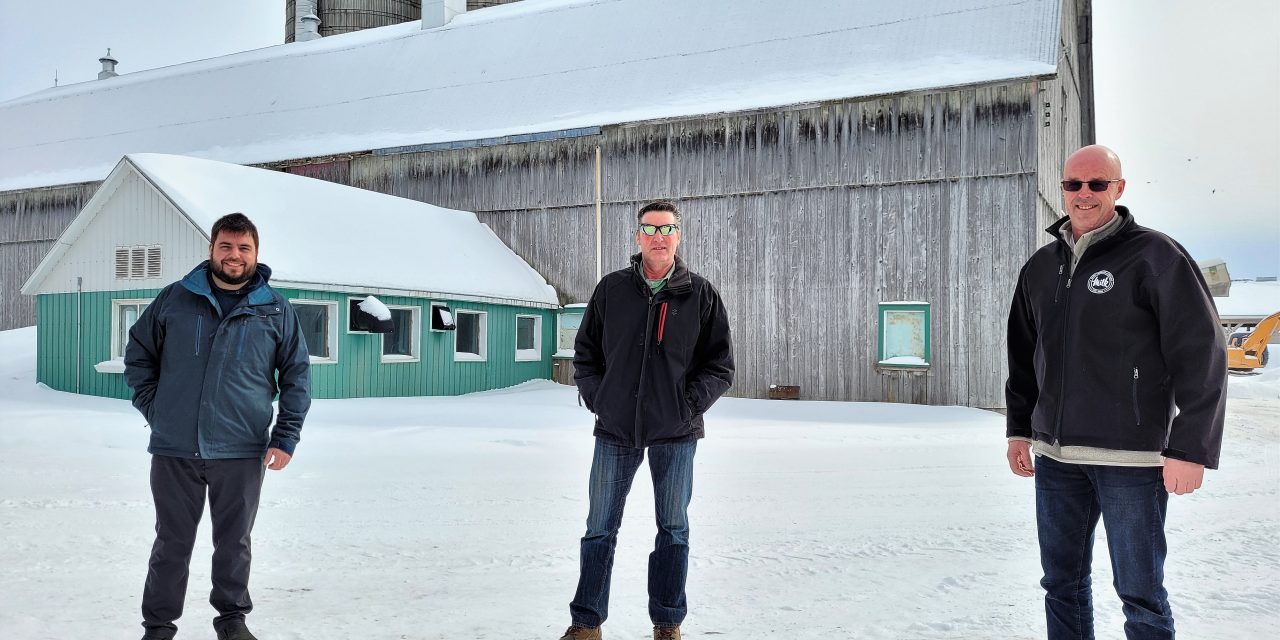 Eastern Ontario farmers are speaking out about being blamed by consumers and media for the sharp rise in milk prices across the country. Left to right: Terry Heinzle, of Terryland Farms in Saint-Eugène; Gerry Overvest, of Overdale Farms in Vankleek Hill; and Bart Rijke, owner of Hamlane Farm in Hammond and also Eastern Ontario’s representative on the Dairy Farmers of Ontario’s Board of Directors. Photo: Reid Masson

Dairy farmers in Eastern Ontario are upset over being blamed for a record rise in dairy prices, pointing out that the extra six cents per litre they will receive barely covers their own cost increases.

On October 29, 2021, the Canadian Dairy Commission (CDC) announced farmers would receive a record increase of 8.4 per cent (six cents per litre) to the price they are paid for milk. The new rate, which took effect on February 1, is almost twice the previous record for the CDC’s annual adjustment to milk prices.

Media outlets across Canada have largely focused on negative consumer reaction to the price increase, which has upset some dairy farmers, who say they are tired of taking the heat for what is actually the result of rising inflation in all sectors of the Canadian economy.

Bart Rijke is the owner of Hamlane Farm in Hammond and also Eastern Ontario’s representative on the Dairy Farmers of Ontario (DFO) Board of Directors. Rijke points out that the CDC and DFO work together to understand the factors that go into the annual release of updated milk prices each autumn.

The CDC uses a formula which is equally weighted towards the Consumer Price Index and the cost of production for dairy farmers. Each year a study is done to determine the various factors affecting the cost farmers pay to run their operations.

“Every year we sample some 60 to 70 farms – some smaller ones and some bigger – and that’s how we calculate the cost of production,” the DFO’s representative for farmers in Eastern Ontario explains. “Some years it’s not too much and other years – like this one – it’s quite a bit more.”

Feed costs – which the CDC says have risen by as much as 30 per cent over the past two years – are one of the biggest reasons for the record milk price increases, Rijke says. A number of other factors have contributed to rising production expenses he adds, including huge jumps in the cost of fuel, machinery, fertilizer, seeds for crops and expenses associated with the COVID-19 pandemic.

The six-cent-per-litre increase in the price they receive for milk will not lead to higher profits for dairy farmers, Rijke emphasizes.

“This price increase is just to cover our costs,” he says. “It doesn’t increase our income.”

In fact, Rijke says the price increase may not even cover inflation for farmers, but “we can’t pass along all our costs to the consumer.”

“We don’t have a fixed income every month,” observes Terry Heinzle, owner of Terryland Farms in Saint-Eugène, noting that for most dairy operations the extra six cents will go towards catching back up on increased expenses during the 2021 season. “There’s an up and down in feed and grain pricing every month – but this will help.”

Inflation statistics on other consumer products support the case that the increase in milk prices reflects overall inflation. In it’s announcement of the 8.4 per cent increase, the CDC pointed out that over the past five years, the consumer price index for dairy increased by 7.4 per cent, while meat rose by 11.8 per cent, eggs by 20.6 per cent, and fish by 7.7 per cent.

Most affecting dairy prices are the costs paid by the farmers to produce their milk, including feed and fuel. Along with the 30-per-cent increase in feed costs, Statistics Canada’s most recent inflation report found that gasoline prices rose by 43 per cent in 2022 up to the month of November.

Farm operations attempt to cut costs in other areas to compensate for rising prices, but there is only so much one can do.

“You’re always trying to think of ways to cut costs,” says Gerry Overvest, owner of Overdale Farms in Vankleek Hill. “You wake up in the morning and you’re thinking ‘how can I make this a little bit better?’.”

Overvest points out that dairy farmers in Eastern Ontario and across Canada have all made significant financial investments over the years to increase efficiencies, including the installation of automatic milking systems. But all of the cost cutting in the world can only help so much.

“It gets to a point where you can’t do a whole lot more when all of our costs are up,” Overvest explains. “Fuel, hydro, feed, fertilizer, seed – that’s all going up.”

“We can absorb some of that, but we can’t absorb all of it.”

In their meeting with The Review, the group also noted that retailers and distributors also use the CDC’s annual milk price adjustment to time increases of their own, which further adds to the blame placed on dairy farmers. Various media outlets recorded that milk prices at retailers across Canada rose between eight and 15 per cent last week after the CDC increase took effect on February 1.

“We don’t make up the whole cost on the shelf, we only make up our part,” Heinzle observed. “It’s a great opportunity for everyone to raise their prices all up the line.” 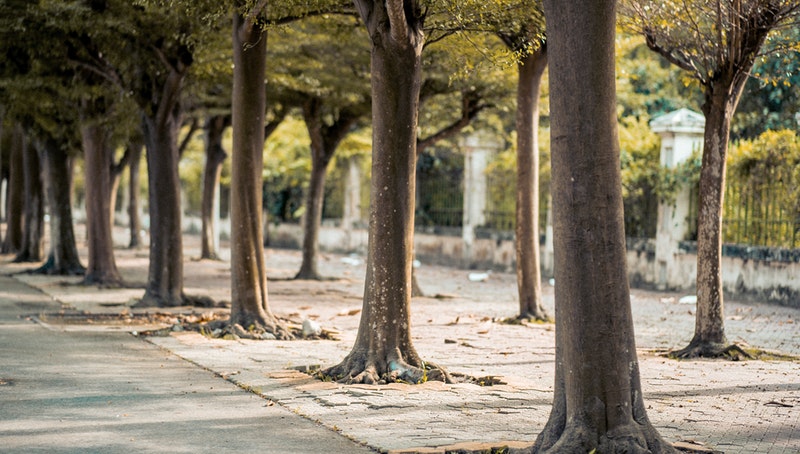 Is your municipality offering any tax breaks or fee reductions? Find out here.

Road reports: South side of overpass at Herb’s Travel Plaza to be closed for culvert installation, new speed limits for Borris, Emerson Roads 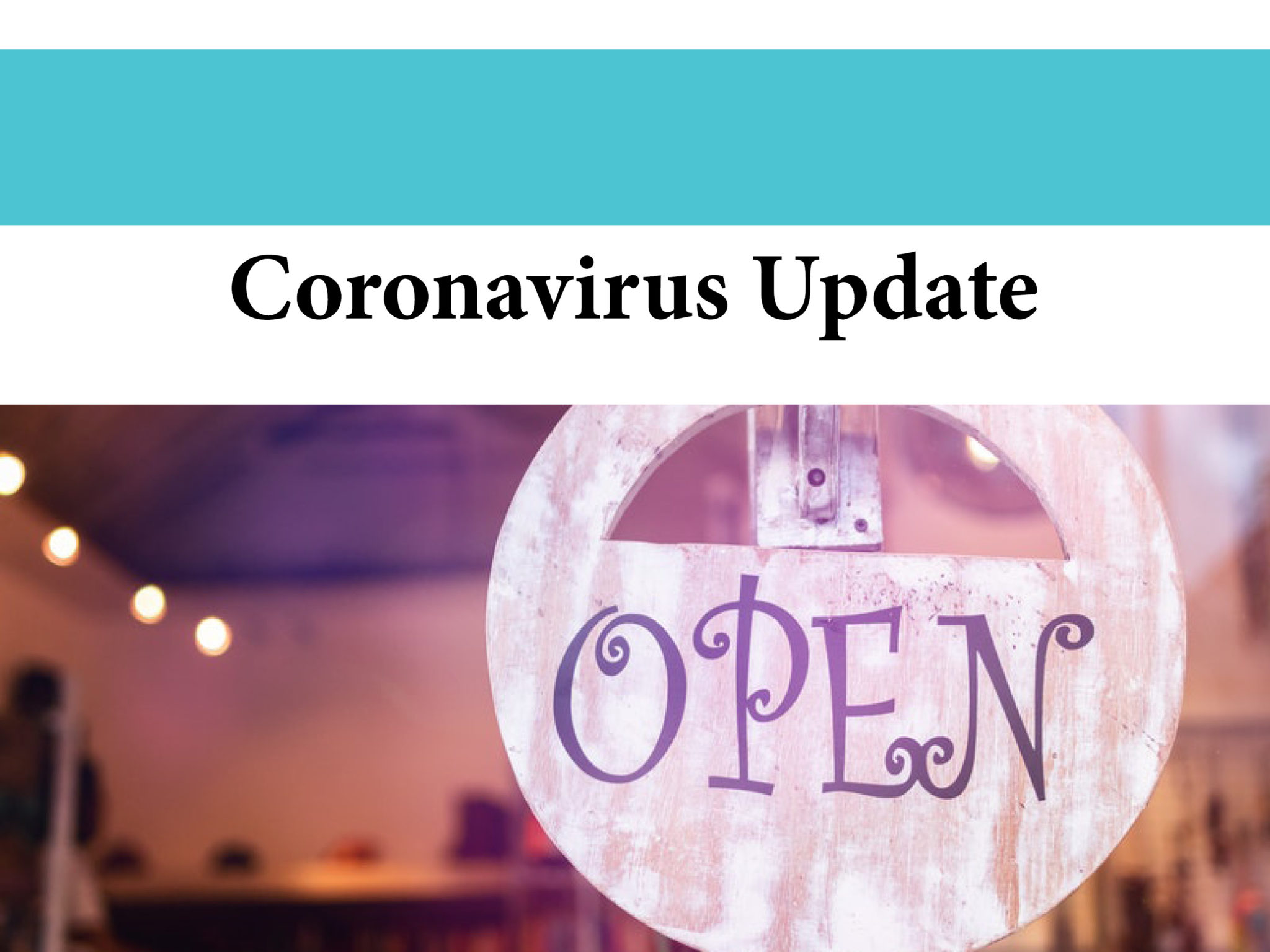 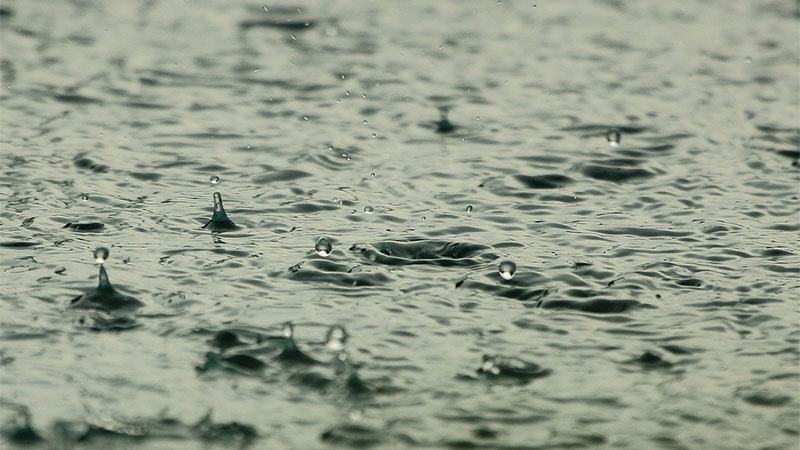