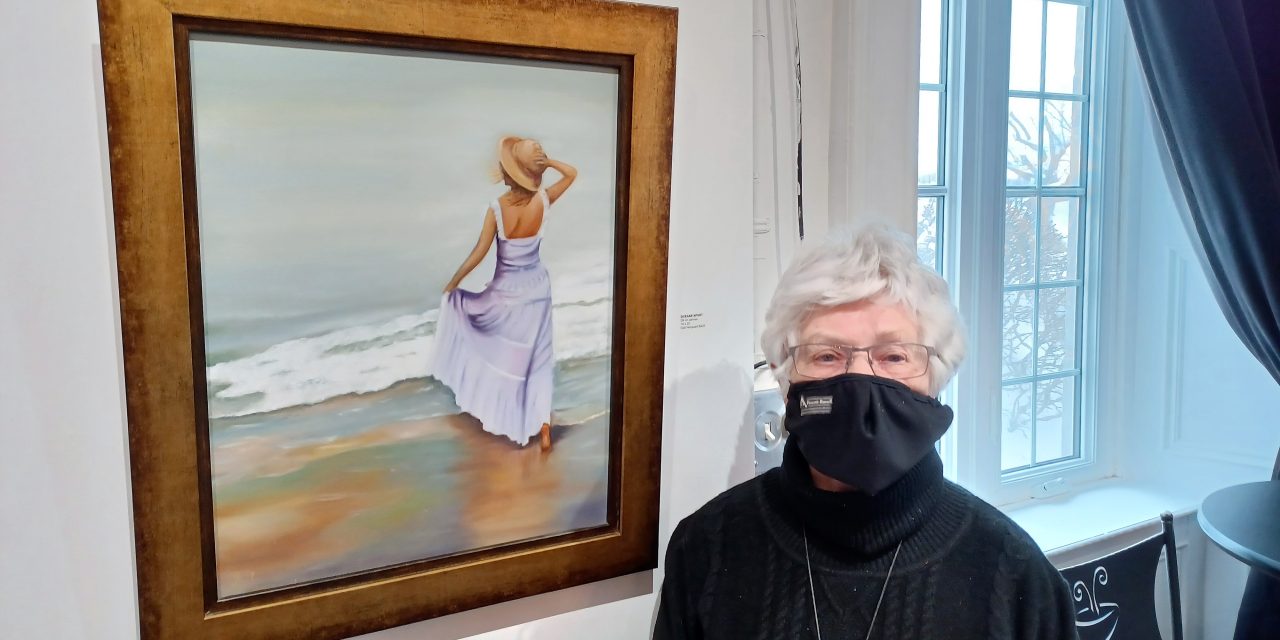 Gail Hocquard of Grenville is one of the local artists whose work is presently on display at Le Chenail Cultural Centre in Hawkesbury. Photo: James Morgan

The Chenail Cultural Centre is featuring local artists during its current exhibition at the Maison de L’Île in Hawkesbury.

Artists Gail Hocquard of Grenville and James Brownrigg of Gatineau were on hand at Le Chenail on Friday, February 4, for the launch of the cultural centre’s current art exhibition.

Both Brownrigg and Hocquard are part of the Cranberry Gallery and Hawkesbury Art Collective, which has been located at the indoor area of Plaza 179 in downtown Hawkesbury since September, 2021. Other Cranberry Gallery artists whose work is presently on display at Le Chenail are Amanda Wright, Pépé Coulombe, Christina Ryan, and Karen Mingarelli. 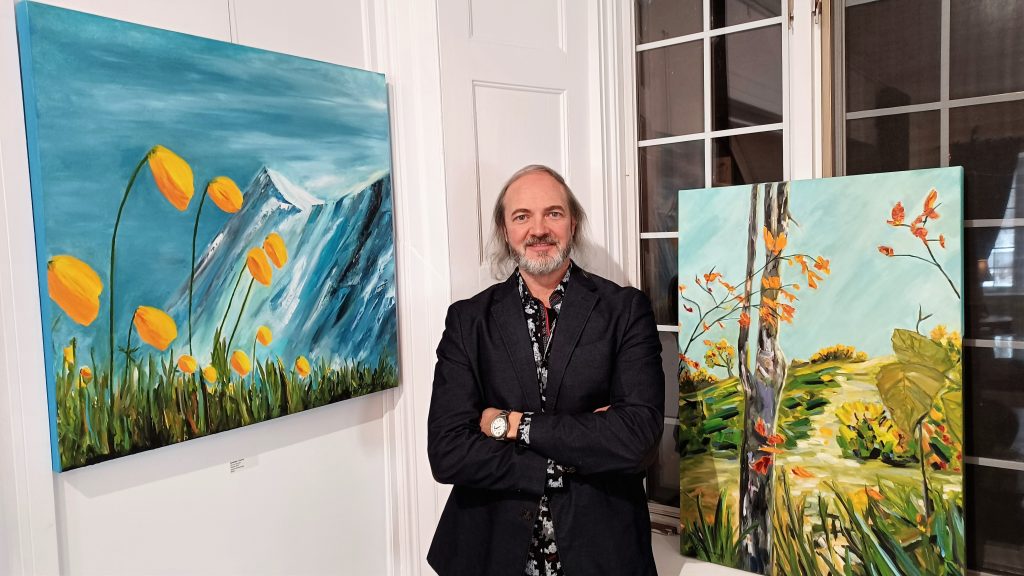 James Brownrigg of Gatineau is one of the artists featured in the present exhibition at Le Chenail Cultural Centre in Hawkesbury. Brownrigg is shown here with his work. Photo: James Morgan