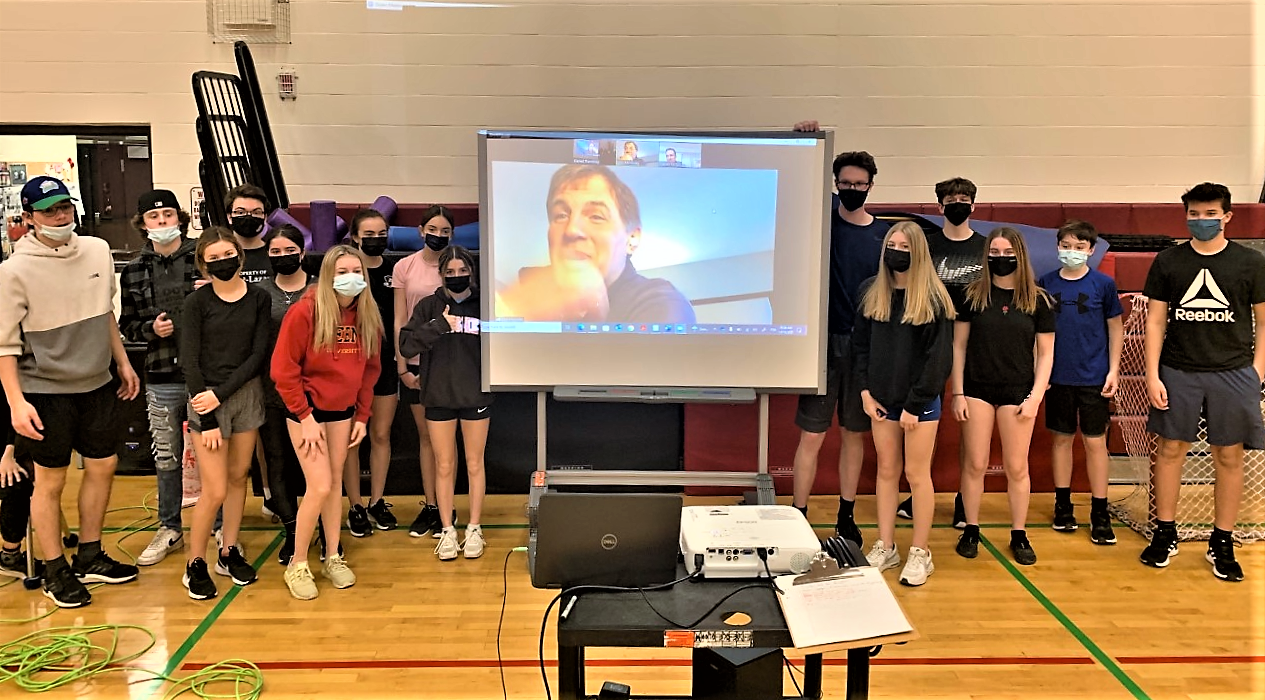 One of Vankleek Hill Collegiate Institute’s (VCI) physical education class was very lucky to have two NHL officials take some time out of their schedule to pay them a virtual visit on Wednesday December 15.

Veteran NHL referee Wes McCauley and linesman Steve Barton spoke to students about a wide range of topics during the hour and a half that they spent virtually at VCI. Barton started with a very nice introduction of the charismatic McCauley, who is regarded as one of the top officials in the NHL by his peers, players, and coaches. Barton, a Vankleek Hill native has always been willing to help his former school in any way he can.

Both gentlemen, spoke about their journey to the NHL. Each one had a slightly different path, but the emphasis that they talked about were the bumps in the road on their way there. It wasn’t always easy, but perseverance, hard work and preparation were key factors in their success. Each took turns sharing stories and lessons that they’ve learned along the way. Wes knew that he could be a confident referee in the NHL when he ejected his own brother from a minor professional game during his early years wearing stripes. He also mentioned that this was particularly funny because they lived together at the time and came to the arena in the same car.

Barton talked about his off-ice preparation and the importance of believing in yourself. He talked about doing the right things, whether it was about refereeing or school, his preparation for games is almost identical each game he works. He also spoke about developing confidence throughout his career. This was something that students later reflected on and talked about in class. Confidence is sometimes associated with leadership and those two characteristics can be very important in peoples’ careers.

McCauley and Barton both also spoke about the mental health component that you need to have when one bad call can be seen over and over by millions of people and how social media can aggravate things even more. They continued by talking about how each person needs to find a positive coping mechanism that works for them. Each of these officials talked about being in the bubble for 70+ days last season and how that can be mentally draining if you don’t have the proper outlet.

At the end of the session, three students, Spencer MacKinnon, Mitchell Durocher, and Jordan Anderson competed in a re-enactment of McCauley’s famous “Number 65 for Montreal, number 47 for Boston, both guys, 5 minutes each for fighting” in which McCauley over-enthusiastically gestures his two fists in the air and loudly says the word “fighting” (youtube has many clips of this video).

Cooper Smith and Georgia Dawood thanked both presenters for their time, but not before (once again, as McCauley is famously known for) a mic malfunction.

Students were once again treated to listen to two elite referees and more importantly, two great people who were able to share with them great advice, funny stories, and give them some things to reflect on. 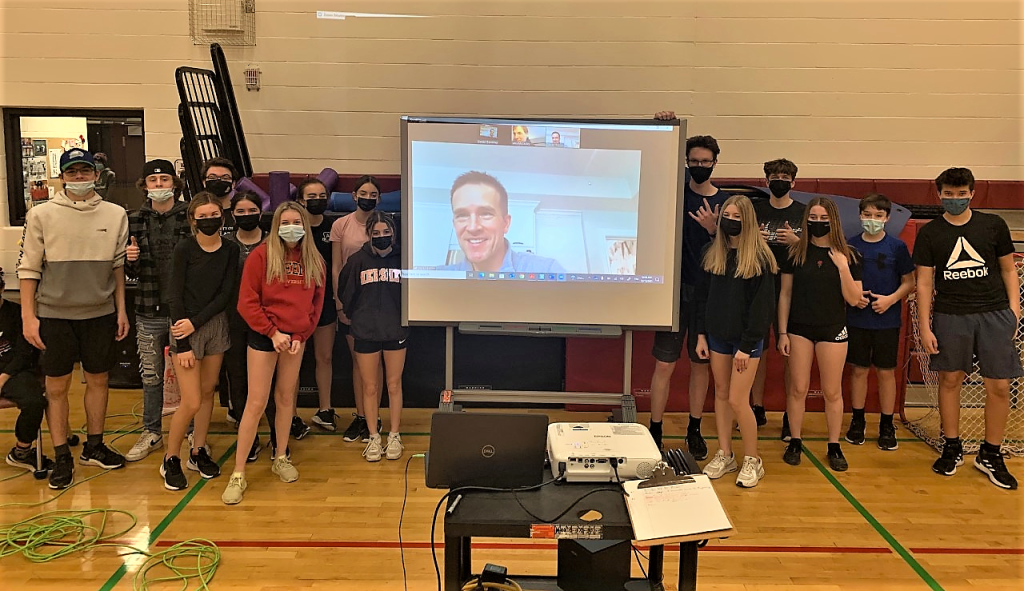 Veteran NHL Linesman and VCI graduate native Steve Barton has always been willing to help his former school in any way he can. Submitted photo