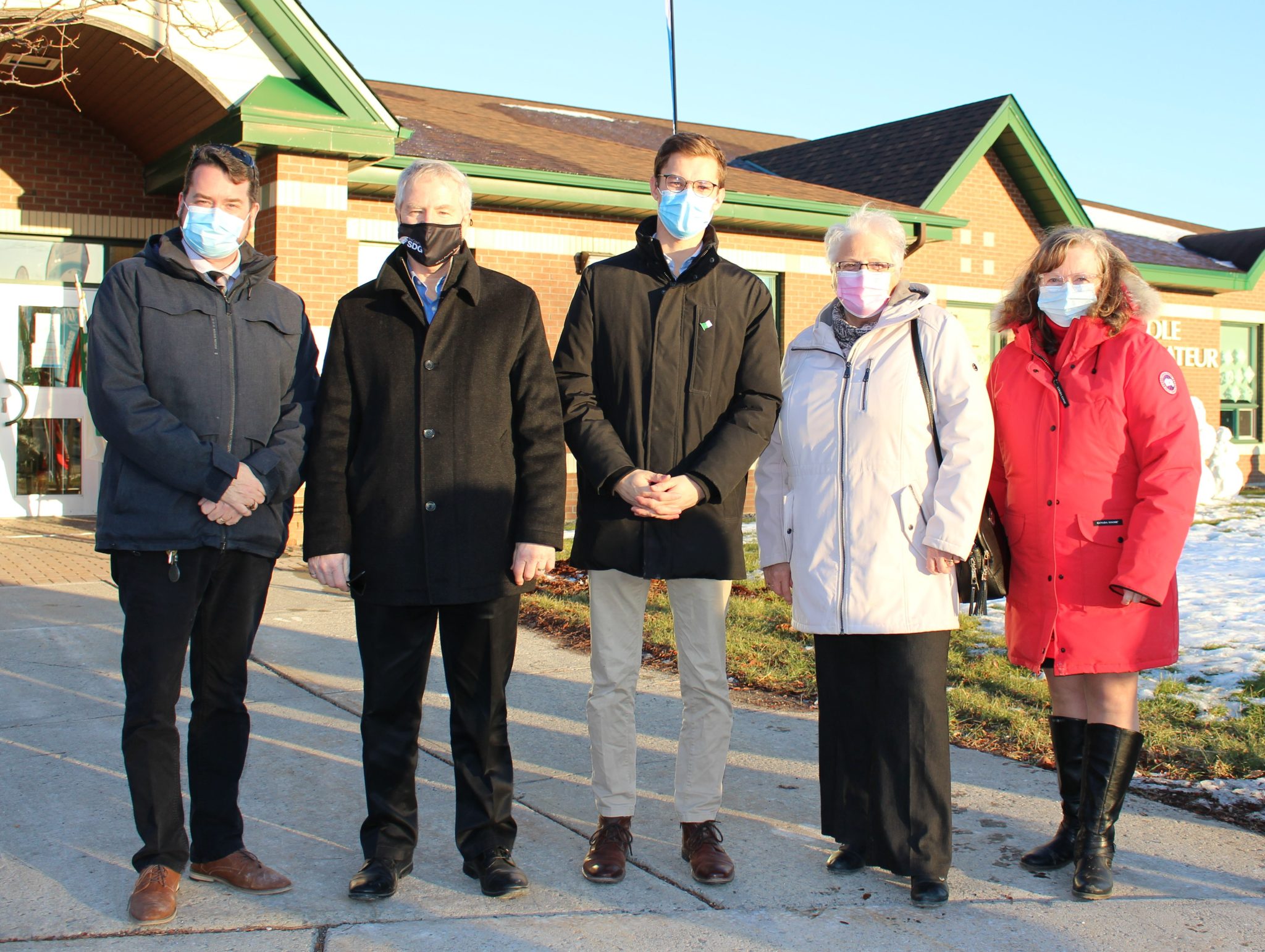 The Catholic District School Board of Eastern Ontario has received approval for a joint capital submission with the Consolidated Municipal Service Manager from the United Counties of Prescott and Russell and Kinder Kids Early Years Inc.

The request, which was submitted to the Ministry of Education earlier this year, includes funding for a one-room renovation at Mother Teresa Catholic School in Russell, to accommodate a 24-child pre-school program. The renovation includes a kitchen, preschool washroom, staff office area and storage, funded at $505,794. Tender for the project was awarded to Frecon Construction.

An official funding announcement was made on Monday, December 13, in Limoges, Ontario by Sam Oosterhoff, Parliamentary Assistant to the Minister of Education.

“We hope to have occupancy prior to Christmas, so that the current childcare provider for Mother Teresa, Kinder Kids Early Years Inc., can work toward the licensing and inspections required, with a hope of the program becoming operational in January 2022,” noted Board Chair, Todd Lalonde. “We are extremely grateful to the Ministry of Education for this funding, and the benefits this program will provide to our local community.”

“Providing children with childcare in a school setting benefits children, families and staff as collaboration and partnership begins during the early years. These relationships, knowledge of the child’s learning needs, and professional collaboration benefit every child as they transition seamlessly from childcare to Kindergarten within the school setting,” explained Chris Oldford, Principal, Mother Teresa Catholic School.

The programs offered will include a preschool and before and after program. Licensed and governed by the Ministry of Education, the program meets all necessary provincial approvals. This project is part of a province-wide investment of more than $600 million to support new school and childcare spaces that were recently announced by Stephen Lecce, Minister of Education. The overall investment will support 78 school and childcare related projects, creating more than 19,700 new student spaces and 3,000 childcare spaces at schools across the province.

The Catholic District School Board of Eastern Ontario operates 39 elementary and 10 secondary schools across eight counties. The CDSBEO offers excellence in Catholic education through provincial-leading programs to approximately 13,200 students.