Fancy a glass of sherry? 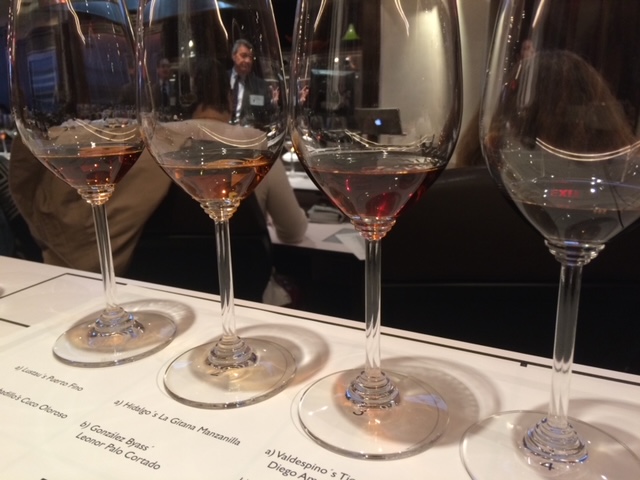 “If I had a thousand sons, the first humane principle I would teach them should be to forswear thin potations and to addict themselves to sack.” – Shakespeare Henry IV, Part 2

Sherry. Eggnog aside, it’s the iconic yuletide tipple. It tells tales of dramatic historical significance – both culturally as well as prestigious – having charmed many an aristocrat and writer including Shakespeare and Pepys, and has delighted many an average bloke with a sweet wee swig in the small hours. But sherry is also the femme incomprise of the wine world and often receives some undue shunning. Its popularity heaves and pitches and the perpetual, misconceived indictment that all sherry is sweet and only fit for oldtimers persists. Allow me to broadside that bias: it’s incredibly hip with most wine aficionados around the world, and the sweetened styles are a mere slip of the spectrum.

The addition of grape spirit classifies sherry as a “fortified wine”. Set apart further for undergoing a specific blending process known as the solera system, and exposure to lengthy maturation in barrels; it’s more of an umbrella term for a wide array of styles. Gaining momentum in an ever-competitive beverage industry has been to the fore of marketing efforts as recent times have seen dwindling demand. Sadly, this is mainly due to a lack of knowledge on the wine itself – even with those who work in retail or in bars and restaurants – which doesn’t help to provide consumers with details of its merit or that of its origins.

Galilee of the nations

Spain’s hot southern region of Andalucía is sherry’s cradle. Situated along the Atlantic coast, the region has been a wine export powerhouse since the Phoenicians landed there in 1110 BC. The Romans, too, settled here around the time of Christ and were innovators in winemaking, supplying both elite- as well as commodified wines to the entire empire, with evidence of amphorae from Andalucía having been discovered
in Rome.

From 711 AD, the Moors dwelt in the land for seven hundred years, building up the town of ‘Seris’, later to become known as Jerez, the town to which wine production is now centered. The name ‘sherry’ was coined by the British in an anglicized pronunciation of Jerez, and is also known as Xérès to the French.

The Moors, being Islamic by faith, forbade the consumption of alcohol, but they did tolerate the production of it, which enabled them to dovetail it here with the Christians for many decades until the reconquista drove them out in the 13th century. Henceforth, freedom to expand laid a comparative advantage upon the soon to be Spanish empire and towards the evolution of the wine we know today as sherry.

The arrival of foreign merchants followed and the region flourished through trade with England and France from the mid 15th century. Christopher Columbus launched on his expedition from Andalucía during this time as well and claims have been made that it was he who most likely introduced the first wine to North America. In the late 16th century, Sir Francis Drake raided the port city of Cádiz and took off with 2,900 barrels of wine. His loot delighted the polite society of Elizabethan England where it became known as ‘sack’, and in turn, led to wider favour for the wines throughout Western Europe.

Sherry as we know it today

Both the solera system principle (see below) and the fortification originated in the 18th century. Prior to this time, the wines were mainly vintage wines (the product of one year). These modifications were the result of efforts made sequentially by the bodegas to create a more consistent product that would not spoil in cask during the long journey north to England.

Wars, turbulent trade relations, and a vine louse plague all threatened the wines’ image and quality. Victorians found sherry to be a tad sketchy, but in the late 19th century, the famous Harveys of Bristol cream sherries led a revival. Sweet and strong, as the British preferred, such styles propelled thereafter.

Not just some sweet Dickensian drink

The far majority of sherry styles are bone dry (no sugar). In fact, some are of the driest wines out there. Their diversity, versatility and quality are severely underrated and underpriced. Ranging from the refreshing, crisp, aperitif-style finos and manzanillas to those with more body and depth of flavour as with the olorosos, each can accompany every dinner course.

In barrels, finos and manzanillas are left to naturally develop a layer of yeast known as flor upon the surface of the wines. Unique flavours develop as a result such as apple skin, bread dough and nuts. The wines remain pale coloured due to the flor’s protection from oxygen. Manzanillas, whose base wines originate from the cooler coastal areas, tend to be more delicate with a saline and floral character due to a thicker layer of flor which develops upon them. A raw take on these styles are the en rama versions; unfiltered, they have risen in eminence for their authenticity.

The oxidatively-aged olorosos in their varying forms (Amontillado; Palo Cortado; and Oloroso itself, gaining in body and complexity, respectively) are amber in colour, fuller-bodied, with caramel and nut character. The fortification to 18% has killed any potential for flor to develop, and along with a more prolonged ageing period (wood breathes ever so slightly), some evaporation occurs leading to wines of more concentration.

In its simplest form, the solera system could be imagined as an inverted pyramid of barrels. Every time a bodega needs to bottle some wine, it draws a fraction of wine off from the bottom barrel. That barrel is then topped up with some wine from the barrels in the above row. This next level of barrels is then filled with wine from those above it and so on, with the top barrels receiving the freshest, youngest dose of wine. Several bodegas’soleras in Jerez are many decades old and since no barrel is ever emptied, there is always some of the oldest wine in the final blend. As such, the blending and concomitant barrel-ageing are integral to sherry’s distinctiveness and food pairing potential.

Take it with a grain of salt, literally

There’s a rule of thumb for pairing the dry styles with food: “if it swims, fino or manzanilla; if it flies, amontillado, and if it runs, oloroso”.

For starters, all types are a surefire success with charcuterie or other appetizer-style foods. However, the finesse found with manzanilla is better suited to seafood; think oysters, fried fish, scallops. Olive lovers should seek out fino; it’s a classic with salty foods. Cured meats such as jamón Ibérico or prosciutto and smoked almonds are commonly recommended. En ramas have more complexity of flavours and can take on grilled foods other than red meats. Fair enough to suggest, too, is that any NV champagne pairings can be interchangeable with those for fino and manzanilla.

Amontillado has a particularly nutty character and is ideal with sharp cheeses, and is complemented well with cooked or stuffed mushrooms. Oloroso has enough oomph to side with roasted meats of all kinds as well as comfort foods such as cassoulet or stew.

Unlike the cream sherries which are sweetened, PX is naturally sweet through the use of dried grapes. Almost syrupy, it’s ideal for drizzling over ice cream or served with plum pudding. An uptick in Spanish tapas restaurants as well as ‘small plate’ culture has been beneficial in maintaining an awareness of sherry styles, and younger audiences have been keen on sherry as a substitute for spirits in so-called “session cocktails”, a form of low-alcohol mixology. Buoyancy, however, can only be maintained through exploring additional avenues.

Sherry’s industry is in the process of reinventing itself. With competition coming from other still wines from around the world, spartan denial consumer trends, and not least due to a petering out older generation, sales volumes aren’t what they used to be. A dramatic drop in production has been the result for all types of fortified wines, including port.

The current regulatory landscape of the Jerez-Sherry-Xérès appellation leaves little latitude for producers to diversify. Legislation states that all wines be fortified. But with such a formulaic approach it’s hard to meet market appeal. Thus, proposals are iminent. In the foreground of changes is the foregoing of fortification to create somewhat bowdlerized versions of the wines, but still with the same levels of alcohol. As of March of 2022, bodegas will be allowed to alter their practices. They have understood that through various techniques in the vineyard and winery, the requirement of 15% alcohol could be achieved naturally. Not only will this create advertising appeal for the health-conscious, but also accessibility. Through webpage filters on retailer websites, “unfortified sherry”will be positioned in the white wine category, not the fortified, and thus in clear view of shoppers.

Outside of the appellation purview, strategies are being aimed at putting the wines into a geographical context, as other European appellations do, through ‘terroir’ expression with single-vineyard (pagos), or vintage (añadas) wines. Other exclusive offerings such as small-volume, boutique wines based on a return to Andalucían tradition are being sourced from older casks acquired from deserted bodegas, and from vineyards with rare, indigenous grapes, all providing some marketing leverage.

Personally, I have a fondness for the classics and any time I pop into a new wine shop, the sherry section always beckons. But of the wide assortment available on the market, the amount actually imported into Canada is negligible. We need to keep the choices brimming. I urge you to give it a try – and not just during the holidays. And if you do, I shall consider it a personal favor. 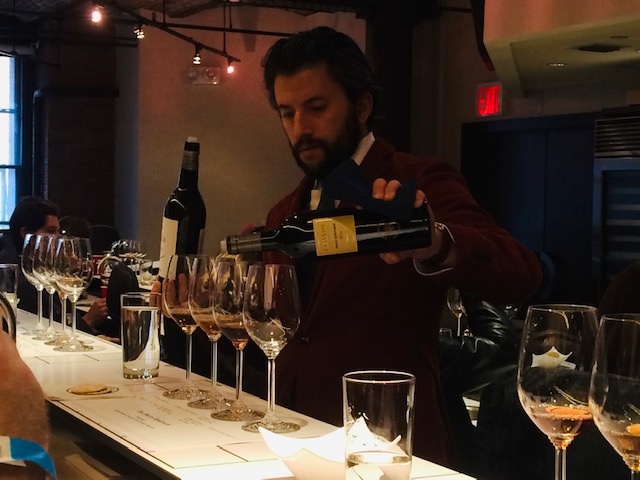 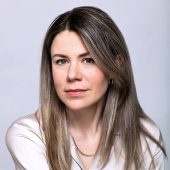