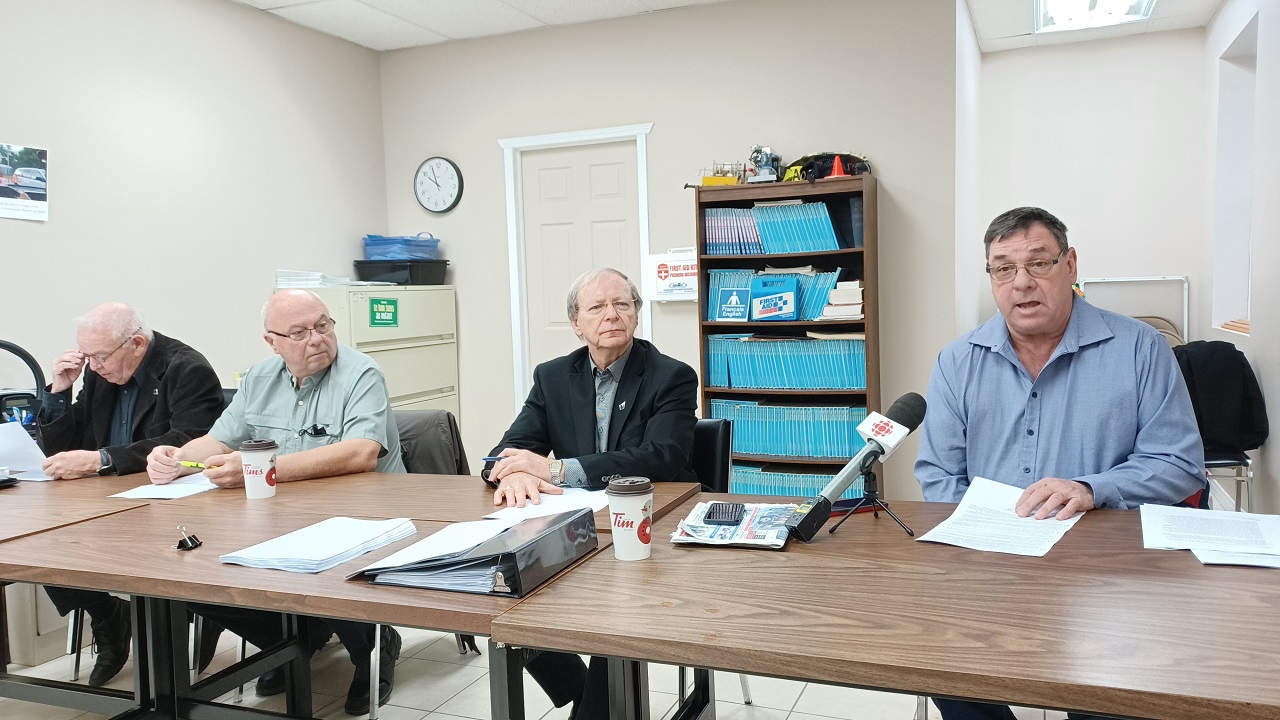 On Monday, December 6, Councillors Raymond Campbell, André Chamaillard, Robert Lefebvre, and Yves Paquette organized a press conference where they presented a 10-point communiqué addressing Assaly’s allegations. The December 6 conference followed a November 26 press conference at which Assaly announced she was discontinuing legal action against former Integrity Commissioner John Saywell – and indirectly, the Town of Hawkesbury since her disagreement with how he carried out an investigation into her conduct in 2020.

The first point of councillors’ newly-released communiqué questions Assaly’s claim there has been a toxic working environment since 2014 and rhetorically asks if that is true, why has it lasted since that time? The communiqué asks where in the municipal workplace the toxicity exists and if it is “only at the town hall, where Mrs. Assaly has her office?”

Point two emphasizes that the Town of Hawkesbury is no different than any other unionized workplace, where workers have the right to file a grievance or complaint under their collective agreement or the Occupational Health and Safety Act.

The third point refers to a 2018 report, which Assaly has repeatedly cited, that highlighted problems within the municipal workplace. The four councillors note this report also recommended hiring a new Chief Administrative Officer (CAO)/Director-General after the town had been operating without one as a cost-savings measure.

Paquette referred to Assaly’s mention of a 2014 report stating problems existed within the municipal work environment. Practices within Hawkesbury town hall were called into question in 2017 when Denise Robitaille sued the town for allegedly violating her rights when she says she took over the tasks of the recreation director in 2014 and was allegedly never compensated in accordance with her increased responsibilities.

Paquette said there was no toxic environment at town hall then, but there is now.

“I have been a councillor since 2014 and we have worked together with employees,” Paquette stated. “I’m not against them.”

In points four to six, Campbell, Chamaillard, Lefebvre, and Paquette address the hiring of Dominique Dussault in 2018 as Director of Human Resources. Dussault was appointed interim CAO in July 2020 and was appointed permanently in March 2021. The communiqué states Dussault’s appointment was supported by five councillors while Assaly has previously said that only four councillors supported the appointment.

Chamaillard defended Dussault’s appointment and her qualifications for the position, noting that Dussault has a master’s degree in Business Administration, with a focus on organizational development, along with more than 15 years of experience in human resources management in the public and private sector.

Points eight and nine refer to Assaly’s attempt to prevent Saywell’s report from being made public and the cost to the town of the legal proceedings and Integrity Commissioner’s investigations. The communiqué has the current total at $565,494.32.

An update on those costs was last provided to council in a report from Dussault on October 25. The greatest expense was $78,252.24 for the town’s legal defence against an effort by Assaly seeking a stay of one of the Integrity Commissioner’s reports. Costs associated with the Integrity Commissioner’s investigations totaled $58,922.70 for October 2021, and another $3,360 in other legal fees associated with labour relations were incurred during the same month. Assaly has repeatedly disputed the accuracy of the costs and the explanations given for them.

One of Assaly’s major criticisms of the Saywell report is that she was not interviewed as part of the investigation. Lefebvre alleged Saywell made attempts to meet with the mayor but was unsuccessful in arranging an appointment.

“He tried on a few occasions but was unable to,” Lefebvre said.

In their final point, Campbell, Chamaillard, Lefebvre, and Paquette state that all complaints filed by town employees were filed against the mayor, and not against any specific councillor. However, one of the complaints was filed against council as a whole and the COMZAC-BIA, in addition to the mayor.

The four councillors said their December 6 press conference will be the last time they address any comments made by the mayor.

“We wish to allow you, the taxpayers, to determine who is actually responsible for the ‘toxic working environment’ and incurring significant expenses that cannot be recovered or invested back into our community where we reside,” concludes the communiqué.

The four councillors are optimistic the municipality and council can still function effectively in the 10 months remaining until the next election. Lefebvre said the high-quality, young staff members are a strong asset, and council needs to make decisions in the best interests of citizens.

Paquette said he always bases his decisions on the recommendations of department heads and what he believes is in the best interest of residents.

He added the image of the town depends on the ability of the municipality to function properly.

On October 29, council adopted a motion apologizing to municipal employees for comments made by the mayor on September 27. Assaly did not participate in that portion of the meeting. Councillors Lawrence Bogue and Antonios Tsourounakis voted against the motion.