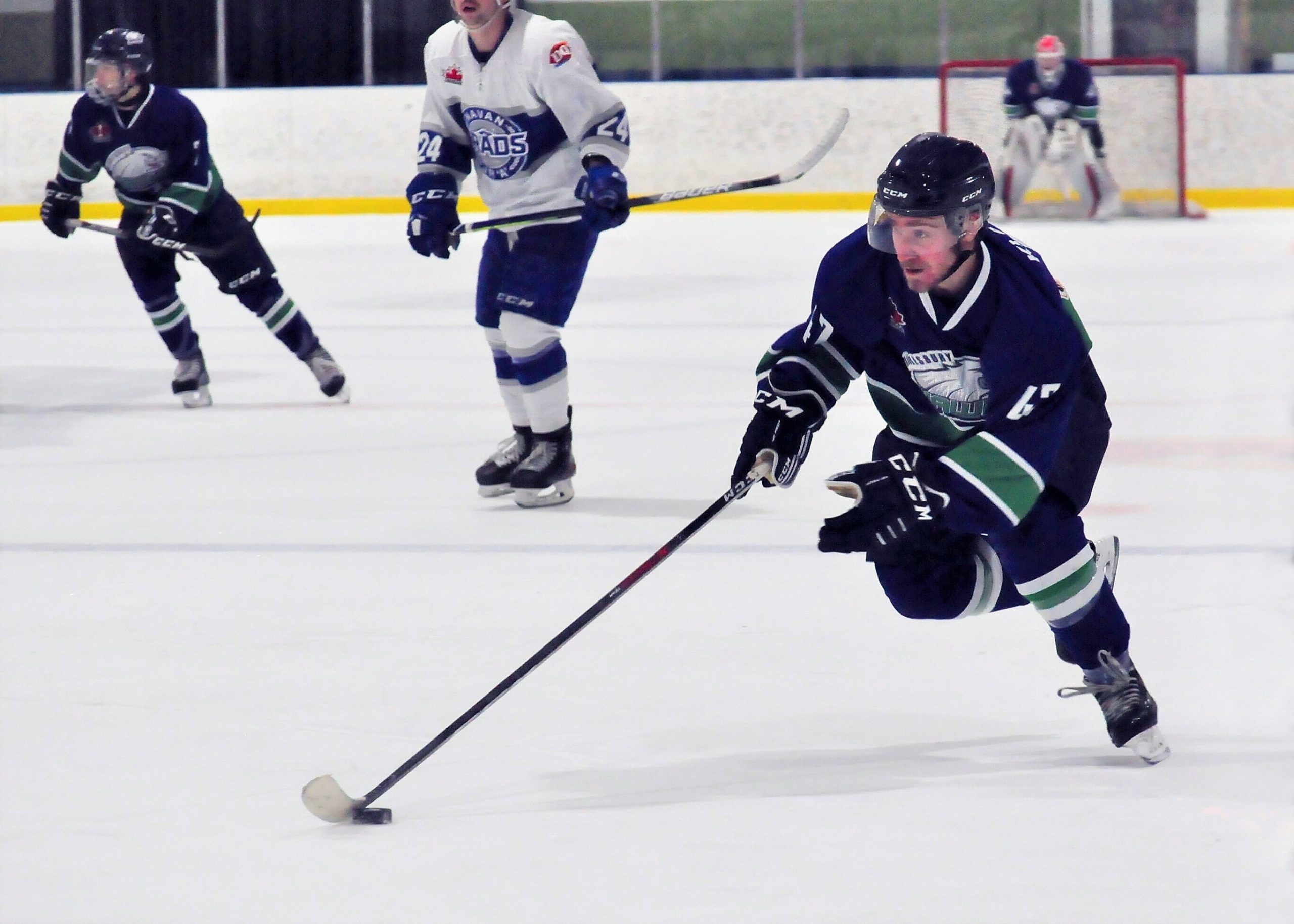 The Hawkesbury Hawks continue to sit near the top of the Central Canada Junior Hockey League standings after identical 5-1 home wins over the Pembroke Lumber Kings and Kemptville 73’s last weekend.

Hawks forward Jeremy Quesnel scored midway through the first period and just over a minute into the second, to stake the Hawks to a 2-0 lead over Kemptville on Saturday, November 20, in front of the home crowd at the Robert Hartley Sports Complex. Kemptville clawed back to within one just 12 seconds later, before Mark Cooper restored the Hawks two-goal lead with his third of the season.

Jakson Kirk scored his tenth of the season on a power play early in the third, and Jeremy Tremblay sealed the 5-1 Hawks victory with an empty-net goal with just 58 seconds left in the game. Dimitri Pelokos stopped 32 of the 33 shots Kemptville fired his way and was named the game’s first star.

At home on Friday, November 19, against the Lumber Kings, Hawkesbury jumped out to a 2-0 first period lead on goals by Quesnel and Rylee Hlusiak – his 13th of the season. Pembroke added a single marker in the second to close within one goal, but Josh Spratt, Max Klanow – with his first of the season – and William Gendron notched single markers in the third to wrap up the 5-1 win. Netminder Max Donoso was the game’s first star, stopping 31 of the 32 Pembroke shots he faced.

Hawks Head Coach Rick Dorval was very happy with his team’s effort in the back-to-back victories over the top two teams in the CCHL’s Robinson Division.

“The players executed over 60 minutes for both games and they got the results they deserved,” Dorval noted.

With the two wins, the Hawks now have a record of 14-5, plus two shootout losses, to sit in second in the CCHL’s Yzerman Division. Hawkesbury trails the league-leading Ottawa Junior Senators by just three points in the standings.

The local Junior A club will face off against the Smiths Falls Bears this Friday in a home game which begins at 7:30 p.m. at the arena in Hawkesbury. The Hawks will be in Rockland on Sunday to face the Nationals in an afternoon game at 2:30 p.m.

Dorval is hoping to see a strong effort from his team in Rockland, as the Hawks have struggled on the road so far this season.

“Hopefully we can get the same effort this weekend in both games that we did last weekend,” the Hawks coach said.