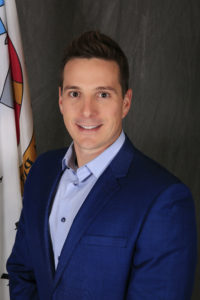 St-André-d’Argenteuil will have a new mayor.

In an upset victory, Stephen Matthews defeated incumbent Marc-Olivier Labelle in the November 7 municipal election. Matthews received 465 votes and Labelle was just 20 votes behind with 445. Matthews has thanked voters for their support on social media.

Labelle’s term as mayor has been characterized by the response to serious flooding along Rivière du nord and the Ottawa River in 2017 and 2019, and the recent difficulties with the municipal water system resulting in reduced supply to homes and businesses.

Pierre Richard will serve as the next mayor of Harrington. He received 259 votes in Sunday’s election followed by Gabrielle Parr with 228 votes, and Keith Robson with 35 votes.

Mille-Isles incumbent mayor Howard Sauve, along with incumbent councillors Francis Léger, Diane Bélair, Cassandre Lescarbeau, Julie Léveillé, and Dawn Charles were all acclaimed to a new term on November 7. The only election was for council Seat 1 where 116 votes went to Yvon Arnold, and Manon Loiselle placed second with 98 votes.