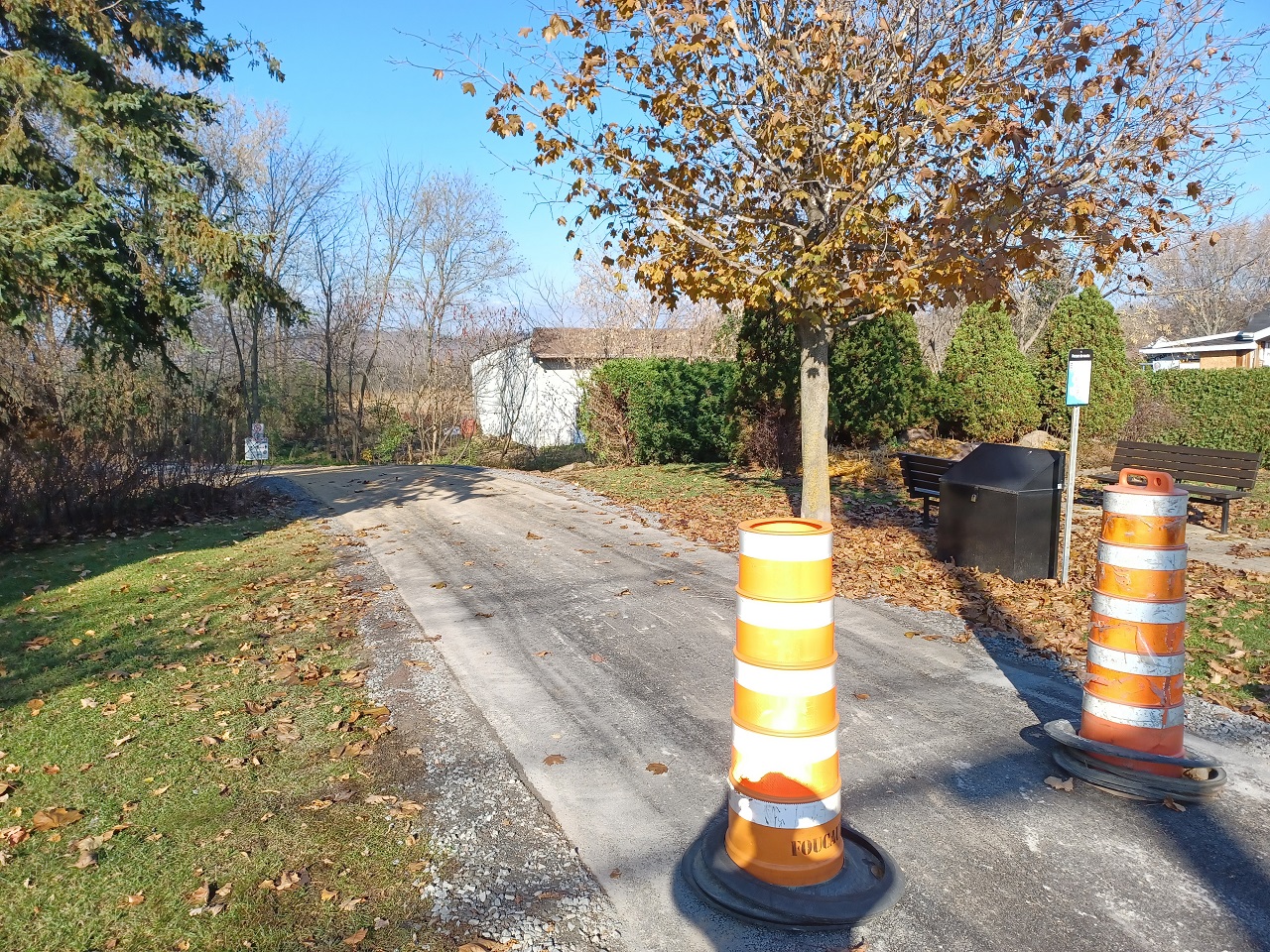 Crews have been at work during the past two weeks reconstructing the recreational path between rue Principale and the new residential subdivision by the Grenville Bay marsh. The new path, which was often underwater or muddy in early spring, now runs on a higher grade and has been paved with asphalt. The steps at Parc Scotia have been removed, making an easier ride for cyclists, mobility scooters, and other activities on wheels. The Village of Grenville has constructed new recreational paths and improved existing paths during 2021.