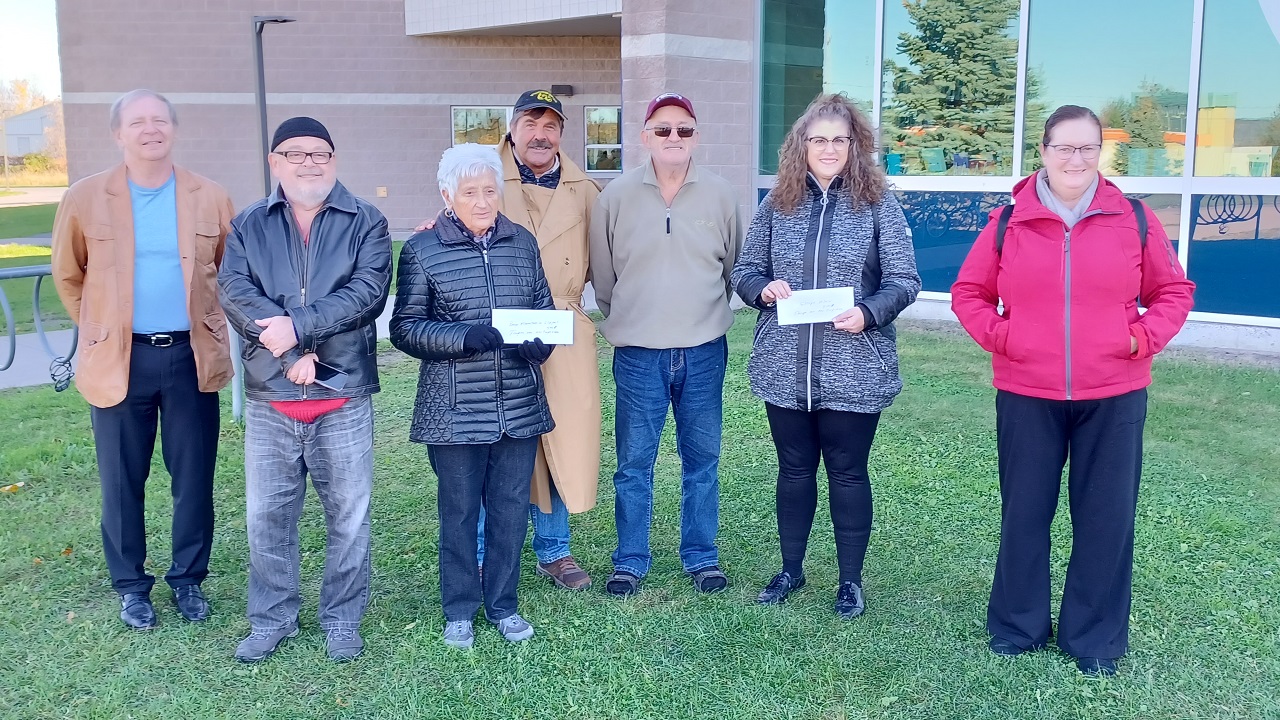 La troupe des non-coupables (The Not Guilty Troop) has given back to the community.

Since 2009, the local French-language theatre group has performed the play La Dernière Pendaison (The Last Hanging) at the former L’Orignal Jail. It is based upon the cases involving the last execution, which took place at the jail in 1932. The play was written in 1989 by Guy Rouleau of the Non-coupables – who formerly worked as an interpreter at the L’Orignal courthouse – and local defence attorney Ian McKechnie. La Dernière Pendaison ended its run earlier this year.

On Friday, October 29, the Non-coupables announced donations totaling $1,500 to Groupe Action, the Hawkesbury Central Food Bank, and the L’Orignal Food Bank. The donations match a $1,500 federal grant the group received for French-language cultural promotion activities it has done with students at École secondaire publique Le Sommet in Hawkesbury.

“All money we receive goes back to the community,” said Rouleau.

Out of the total donation amount, Groupe Action has received $800 for its annual program of providing snowsuits to children in need across Prescott and Russell counties. The Hawkesbury and L’Orignal food banks have received $350 each. Both facilities are in serious need of donations of both food and money.

The federal grant was from the PassepART program, which is designed for arts education through specific activities and workshops, according to Stephane Lajoie, the Cultural Promoter at Le Sommet.

The Non-coupables have set a goal of contributing $75,000 to various community organizations and activities from the proceeds of La Dernière Pendaison since its long run began. According to Rouleau, they were $5,005 short of that goal as of October 29.

To contribute, or receive services from the Hawkesbury Central Food Bank, call 613-636-0666. Contributions may be made, or services obtained from the L’Orignal Food Bank by calling 613-675-1999.

The deadline to apply for assistance from Groupe Action’s snowsuit program was October 29.