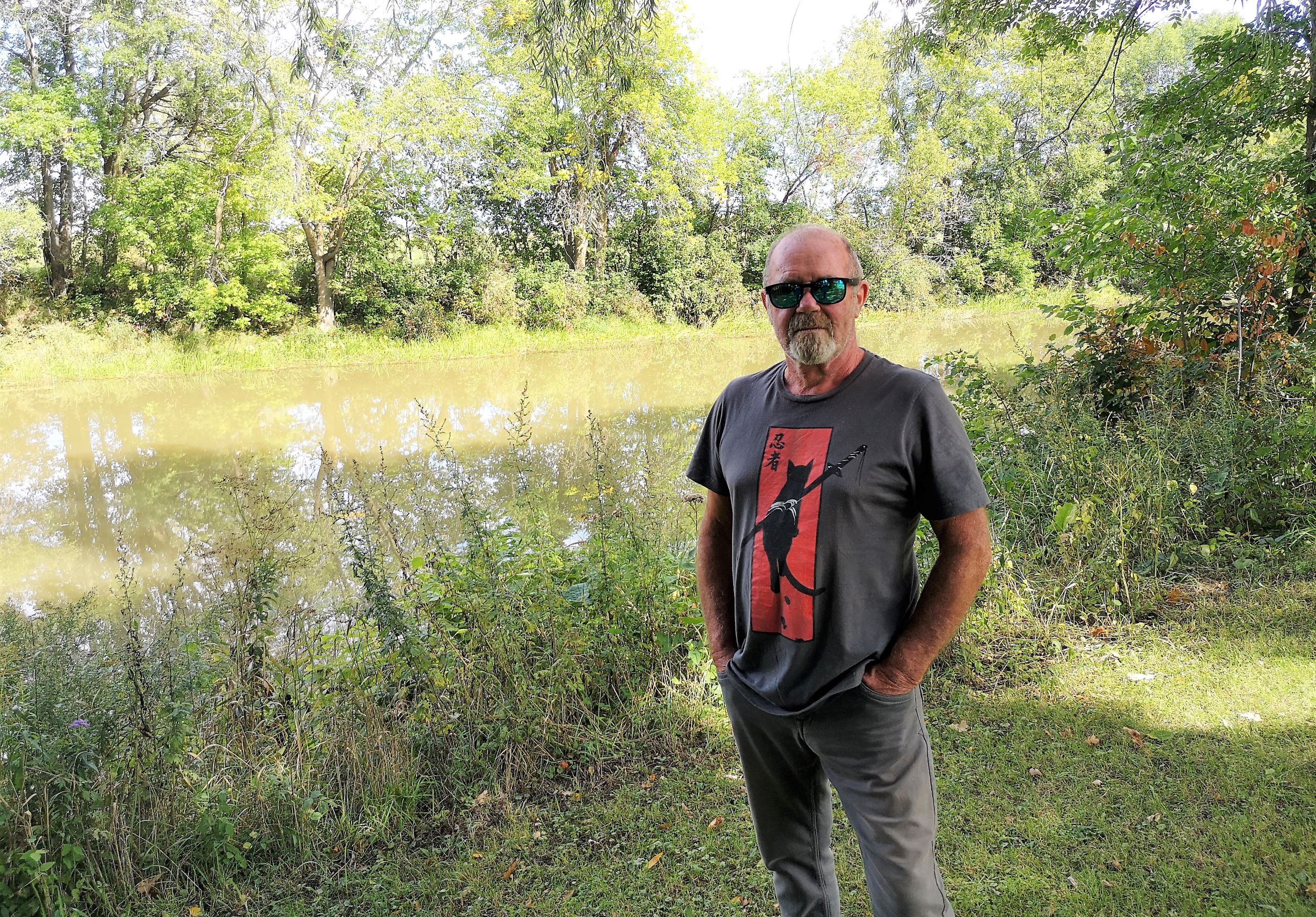 Christopher Brown, who has lived on his waterfront property on the Rigaud River near St-Eugène for more than 30 years, contacted the ministry’s Action Centre on September 2 – the day after he first noticed a “sewage like” smell emitting from the river. Photo: Reid Masson

A combination of factors – including lack of precipitation and slow water flows – was the cause of a large die off of fish in the Rigaud River near St-Eugéne in early September, says a spokesman with Ontario’s Ministry of the Environment, Conservation and Parks (MOE).

“After a careful review, the ministry has determined that the fish die-off was triggered by a combination of factors, including a long period without significant precipitation, pre-existing low water levels, slow water flows, low dissolved oxygen levels and elevated water temperature in the river at the time,” wrote Michael Seguin, Area Supervisor for the Cornwall Area Office of the MOE, in an email to The Review on Monday, October 25.

Christopher Brown, who has lived on his waterfront property on the river near St-Eugène for more than 30 years, contacted the ministry’s Action Centre on September 2 – the day after he first noticed a “sewage like” smell emitting from the river. On September 4, he spotted the first of a large number of fish that floated to the surface over the next several days.

Representatives from the Ministry of Environment visited the site several times, taking water samples and sending them out for testing.

“Regarding the sampling results, the ministry observed that background water quality in the Rigaud River is heavily influenced by the agricultural land-uses within the watershed and that agriculture-related nutrients and suspended solids are normally elevated,” Seguin wrote. “The ministry recorded elevated temperatures and low levels of dissolved oxygen within the Rigaud River.”

The ministry’s report also noted that dead fish were observed along the entire stretch of the Rigaud River between Duplantie Road and the Ontario-Quebec provincial boundary. An assessment of private properties in the area did not reveal any observable contamination released directly or indirectly into the Rigaud River at the time of the fish die-off.

“The dark water reported to the ministry by residents in the area and observed by ministry staff can be attributed to the settling of suspended solids in the absence of significant rain events in August and the low flows of the river over time,” Seguin wrote, noting that dark and clear water was also observed flowing from tributaries along the Rigaud River.

In his email to The Review, the Area Supervisor for the Cornwall Area Office of the MOE also addressed the strong odours reported by several residents near the river.

“As a result of the low flows and settled suspended solids, the source of odours reported as “sewage-like” can likely be attributed to the stagnant water conditions at the time,” Seguin wrote. “The odour is not due to actual sewage.”

Seguin said the ministry will continue to work to identify the source or sources of the elevated chlorides in the Rigaud River, however chloride concentrations found at the time were not present at levels high enough to be a contributing cause of the fish die-off.

Contacted by The Review on Monday, Brown said he is not satisfied with the report and that it raises larger questions about contamination of the Rigaud River from agricultural operations. He suggested that perhaps the MOE should review the levels of contamination allowed from agricultural operations, in order to reduce stress on fish in the river during periods of low precipitation.