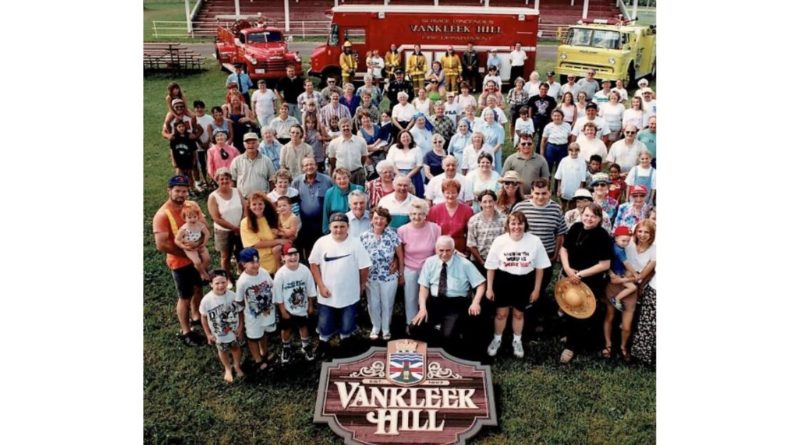 The year 2022 will mark the 225th anniversary of the founding of Vankleek Hill and community volunteers, along with the Vankleek Hill Historical Society, are looking to mark the occasion at events throughout the year with the HOPE 225 project.

Celebrations took place to mark the 200th anniversary in 1997, a bi-centennial and centennial were celebrated; it was the 200th anniversary of the arrival of the first settler in Vankleek Hill and 1997 also marked the centennial of the incorporation of Vankleek Hill as a town. Janis Renwick chaired that volunteer committee, which organized many events for the first time and was the spark for projects which have since been completed. Tree planting was one initiative, as were the beginnings of the initiative to acquire and restore the building which eventually became the Vankleek Hill Museum (which led to the eventual formation of the Vankleek Hill Historical Society), the Higginson Tower restoration had its beginnings that year, the first-ever horse and buggy parade took place, and a homecoming event took place in 1997.

For 2022, organizers plan to design a logo that can be used by for various events to be held in Vankleek Hill throughout the year.

Denis Seguin, who is part of the Vankleek  Hill Historical Society, is leading the 225th anniversary project, said residents of the community are looking forward to a return to the many regular events that are held each year throughout the summer, after two years of COVID-19 forcing the cancellation of most events.

“People were not together, they were not able to visit, they were relegated to their homes,” noted Seguin, who with Valerie Allen and Debbie Hall from the historical society are working on the project.

The team contacted the many organizers of regular annual events in Vankleek Hill for their ideas on the 225th anniversary. A logo contest will spark a winning design to be used on posters and digital advertising for all the various events planned in the town in 2022.

The name HOPE 225 for the celebration comes from the fact that there is hope for a return to all events in 2022, Seguin said. While some restrictions may remain by next year, Seguin is hopeful events will be able to proceed in some fashion during the year and said the groups must work together to make everyone in the community aware of each other’s event.

“All we want to do is to start telling people there is hope and here is a calendar list of events that are coming,” Seguin said. “The only way to do that is to have all of the organizations talking.”

Seguin has held virtual meetings with most event organizers in Vankleek Hill, with another meeting scheduled for this week. He is encouraging all events to use the 225th anniversary logo in 2022.

“Next year we hope it will be more like it used to be and each event will carry a little logo (on their advertising) and say ‘come on down’,” Seguin said.

More information on the HOPE 225 project will be released in the coming months. The Vankleek Hill Museum web page and other social media will also be set up to help promote the anniversary and events throughout 2022.