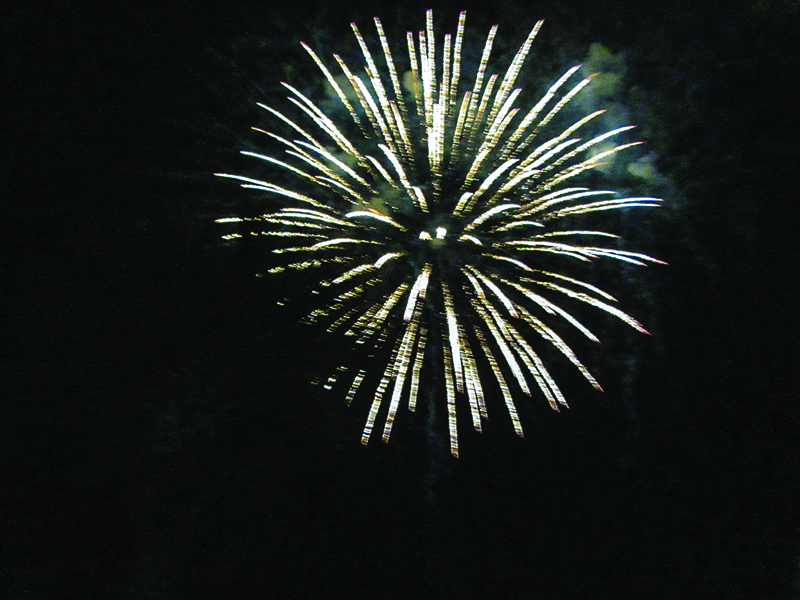 Fireworks are now restricted in La Nation, and flying lanterns are prohibited.

On September 27, council gave final reading and approval to a by-law restricting the type of fireworks permitted in the municipality and when they may be used. The use of flying lanterns is completely prohibited and stores within La Nation are not allowed to sell them.

However, exemptions to the by-law may be granted if parties apply for one from the Manager of Municipal By-Law Enforcement.

Public fireworks display – such as those presented by community groups and clubs – are still permitted, but a permit must be obtained from the municipality a minimum of 30 days before the event. Applicants for fireworks display permits must pay a $25 fee and are required to provide specific details on the location, time, and the people involved with the fireworks display. The by-law also places similar requirements for permits and details for pyrotechnic special effects fireworks.

A report recommending the by-law was introduced to La Nation council by Manager of Municipal By-Law Enforcement Mario Hautocoeur on September 13. The reported explained complaints are received each year due to fireworks being set off in residential areas. The complaints are usually due to noise, but residents have also reported firework debris falling onto their property.

Several municipalities have already banned flying lanterns due to them being a fire hazard. Fires can start when they land on dry grass, pine needles, or rooftops.

La Nation had no by-law regulating fireworks or prohibiting flying lanterns before the new by-law was adopted on September 27.

Borrow a hockey stick…from the library?

La Nation municipality will be offering a sports equipment lending library, thanks to a grant from Prescott and Russell Community Services.

The municipality has received a $7,000 Community Innovation Grant to develop the service, which will allow young people to borrow sports equipment for temporary use, and then to be returned, similar to how public libraries lend books and videos.