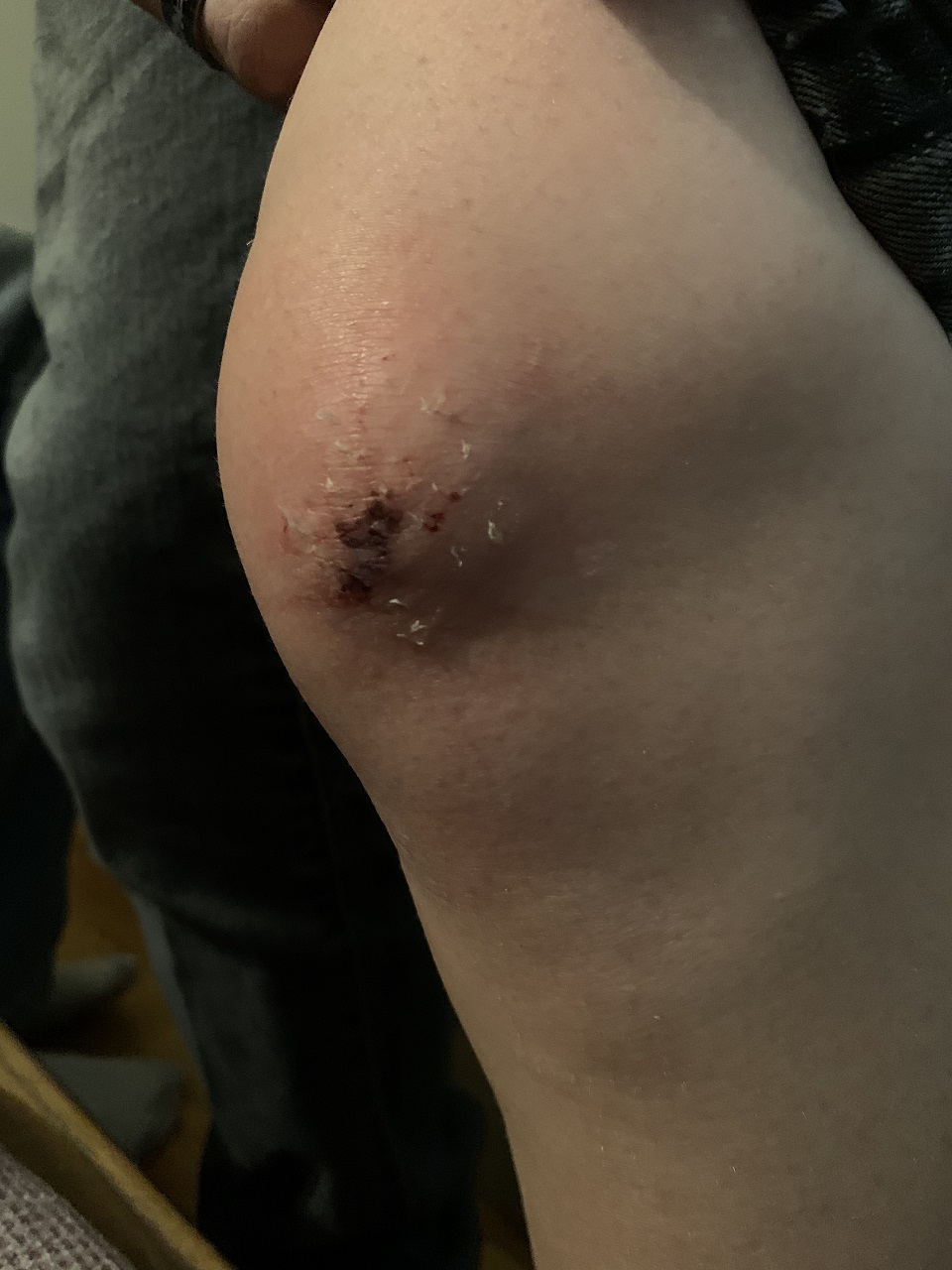 Melanie Simard’s daughter was allegedly bitten on the knees by an aggressive dog in the neighbourhood where the family lives. Submitted photo.

According to resident Melissa Simard, her 15-year-old daughter was out for a walk on the evening of September 21 and was bitten on the knees by a dog in their neighbourhood. Simard contacted the municipal by-law enforcement department, and an officer visited her home to inquire about what happened.

But it seems that the Town of Hawkesbury’s Animal Control By-Law and provincial legislation have limits when it comes to regulating aggressive dogs in the community.

Both Simard and the owner of the dog who allegedly bit her daughter live in the same apartment building. Simard said she and her children are now afraid to go outside out of fear they will encounter the dog.

“I have three children to protect here, and I cannot prevent the dog from passing by if my children are sitting on the steps. We are afraid to go out now, and when we go out, we do it quickly.”

Simard said she had to contact the by-law enforcement department twice, before an officer agreed to visit her home. She said the officer told her to make sure she and her children were on the lookout for the dog in the future. She said her attempts to address the situation with the dog owner were also unsuccessful.

According to Simard, she also contacted the Ontario Provincial Police (OPP) about the incident, but they were unable to do anything, and the bylaw officer said there was not much else that could be done.

“Bylaw could not do more than tell them to put a muzzle on him,” Simard said.

She said the enforcement officers have also asked the owner for updated vaccination records for the dog.

Simard alleged the dog in question is part pit bull and part Dogo (an Argentinian breed, sometimes referred to as a mastiff). However, ownership of pit bull has been illegal in Ontario since 2005, and the breed may only be kept as pets if the dog was born before that time, which would mean the dog allegedly involved in the biting incident would have to be at least 16 years old if it is being kept legally.

The Review contacted the Town of Hawkesbury By-Law Enforcement Department to ask about the roles and responsibilities of the department as they relate to dog owners. However, no response was received by publication time.

Under Section 6 of the Animal Control By-Law, which is published on the town website, dog owners are required to keep their animal tethered or within a proper enclosure. The by-law also explicitly states “No person shall permit a domestic animal to attack, bite, or chase any person or another animal or cause a public nuisance.”

By-law enforcement officers have the authority to declare a dog to be a dangerous dog under the by-law. Owners of dogs declared dangerous must comply with various orders, which can include the dog being muzzled, and imposing strict conditions on where the dog is housed.