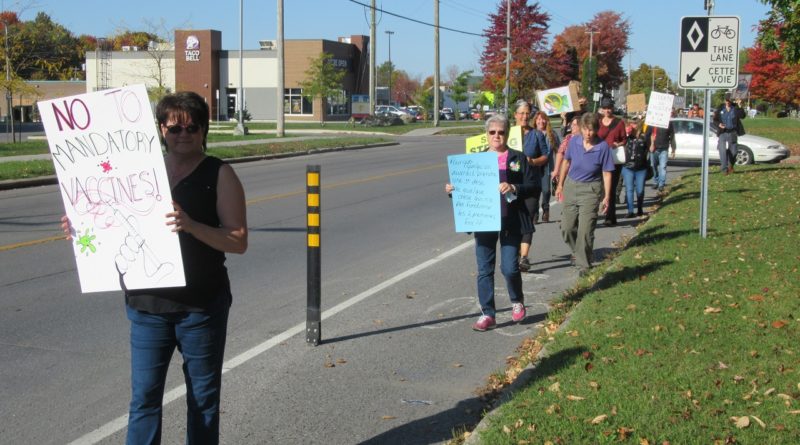 A small group of protesters gathered along Spence Avenue and Duplate Street in Hawkesbury on the morning of Friday, October 8, to protest mandatory COVID-19 vaccination for employees of Hawkesbury and District General Hospital (HGH).

The policy takes effect on Friday, October 15. According to HGH Vice President, Human Resources and Corporate Services Gisèle Larocque, vaccination will be compulsory for all employees, physicians, learners, and contractors working at HGH. The Ontario Hospital Association has recommended hospitals across the province adopt these policies for the protection of patients and staff.

Larocque said HGH published a COVID-19 vaccination policy and informed staff of their obligation to comply on August 26.

Larocque estimated 99.1 per cent of HGH employees will be vaccinated as of October 15. She said any statistics on possible suspensions or terminations for employees who refuse to be vaccinated is privileged information.

As of October 8, the Ontario government had not made it mandatory for all health care workers across Ontario to be vaccinated against COVID-19. However, Minister of Health Christine Elliott said in the Legislature on October 7 the government has not ruled out introducing such a requirement.

The Hawkesbury protesters were not demonstrating on the edge of HGH property or impeding traffic around the facility.

On October 5, Liberal MPP John Fraser (Ottawa South), introduced a private member’s bill in the Legislature that would establish safe zones with a 150-metre radius around hospitals where protests would be prohibited. Offenders would face fines ranging from $5,000 to $10,000 and up to six months in jail for repeat offences if the bill becomes law. The bill would no longer be in effect whenever the government’s pandemic response laws are repealed or after a two-year period.

Meanwhile, on October 1, Minister of Long-Term Care Rod Phillips announced all employees of long-term care facilities across Ontario must receive a COVID-19 vaccination by November 15.

Prescott and Russell Residence Administrator Alexandre Gorman said he was not expecting the announcement by the minister but Advantage Ontario, the organization representing not-for-profit and public long-term care facilities had been asking the government to introduce the mandatory vaccination requirement.

“The news came as kind of a shock.”

Gorman estimated that as of October 7, approximately 185 to 190 of 215 to 220 employees at the Residence had received a COVID-19 vaccination. He said vaccination is being addressed with employees who have not yet received their shots, and management will be holding discussions with the individuals. Gorman is hopeful that no staff leave their jobs at the Prescott and Russell Residence over mandatory vaccination.

“We hope not, obviously our goal is to keep everyone.” 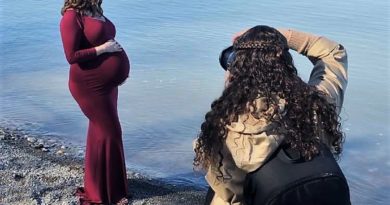 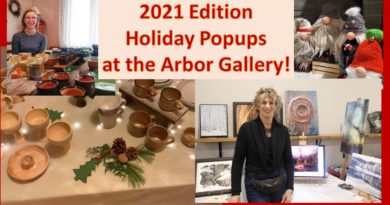 Join in holiday preparation at the Arbor Gallery 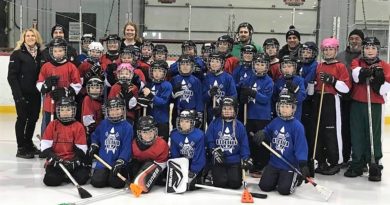