Rosie and Junior Detachment Commander on patrol for Hawkesbury OPP 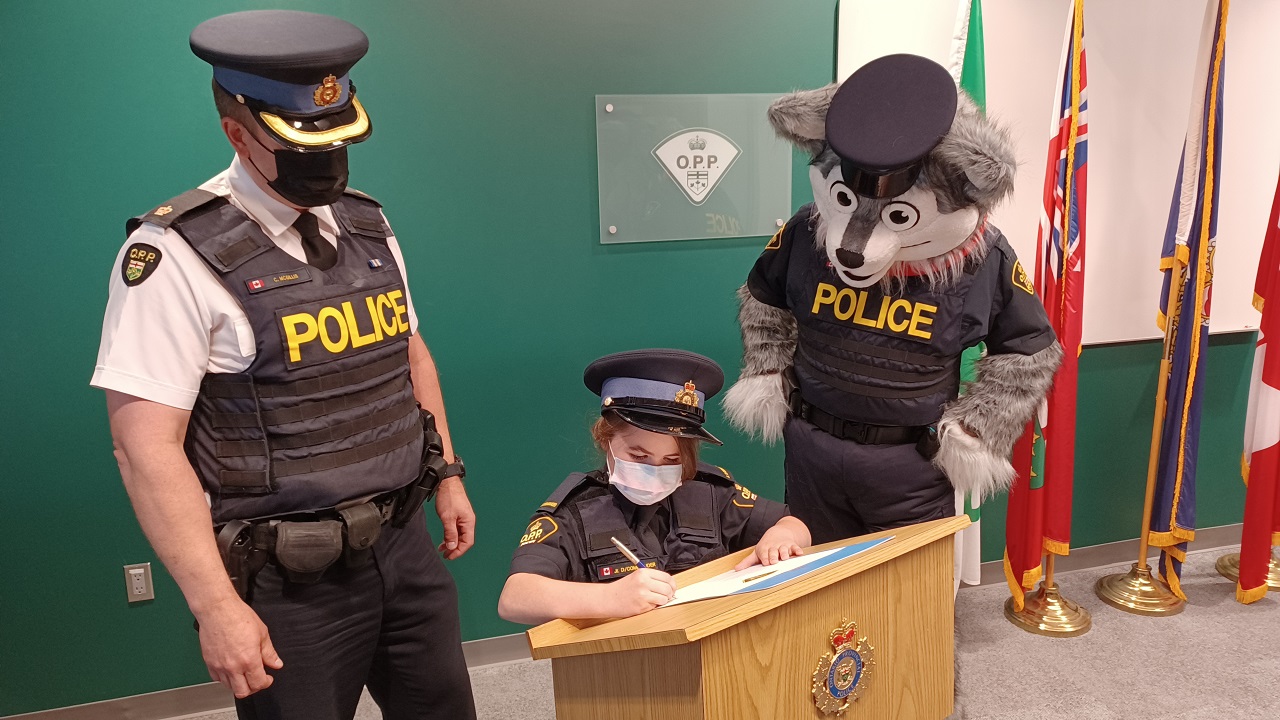 Eight-year-old Emma Larocque, a grade three student at École élémentaire catholique St-Jean Baptiste in L’Orignal, served as Junior Detachment Commander for the day. She submitted the winning name in a contest to name the detachment’s mascot, a friendly dog named Rosie.

“It’s very important to have this connection between the detachment and the community,” said Hawkesbury OPP Detachment Commander, Inspector Chris McGillis.

The detachment received more than 100 entries for the contest to name the mascot and the Hawkesbury Police Services Board covered the costs.

McGillis said Rosie is the first official detachment mascot in Ontario. Trevor the Safety Bug was the force’s provincial mascot in the 1970s and 1980s.

Rosie will be on patrol at community events and celebrations across the Hawkesbury detachment’s area.

Following the official reveal of Rosie, Junior Detachment Commander Larocque was officially sworn in by McGillis, proudly wearing the uniform and cap provided for her. Larocque’s duties during the day included an inspection of all detachment personnel, a foot patrol in downtown Hawkesbury with Rosie, lunch at McDonald’s, accompanying a vehicle patrol of rural areas, and then visiting her Grade 3 class.

Larocque said she is interested in police work and thinks about becoming a police officer. She said her father told her about the contest to name the detachment mascot and become junior detachment commander. 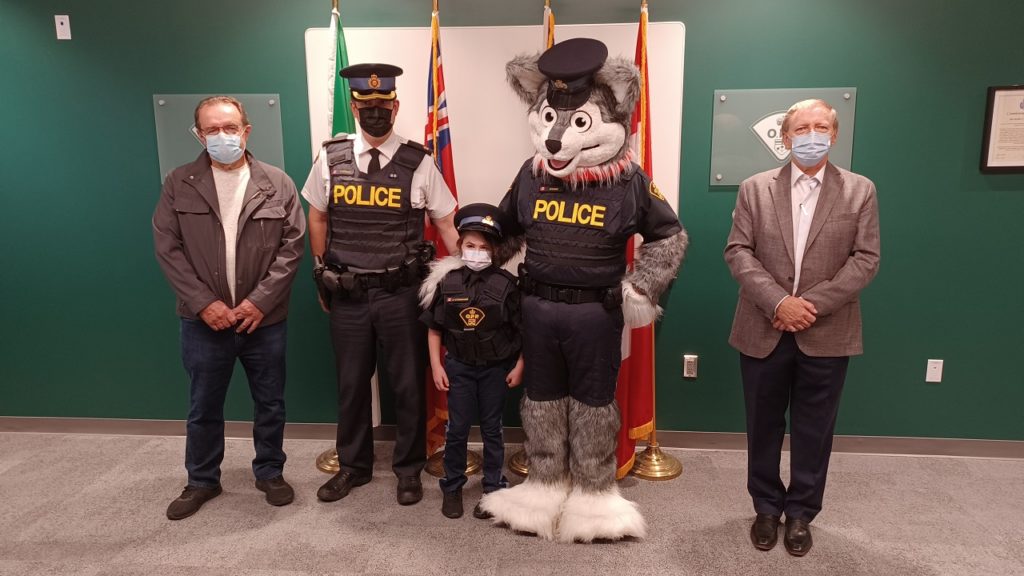