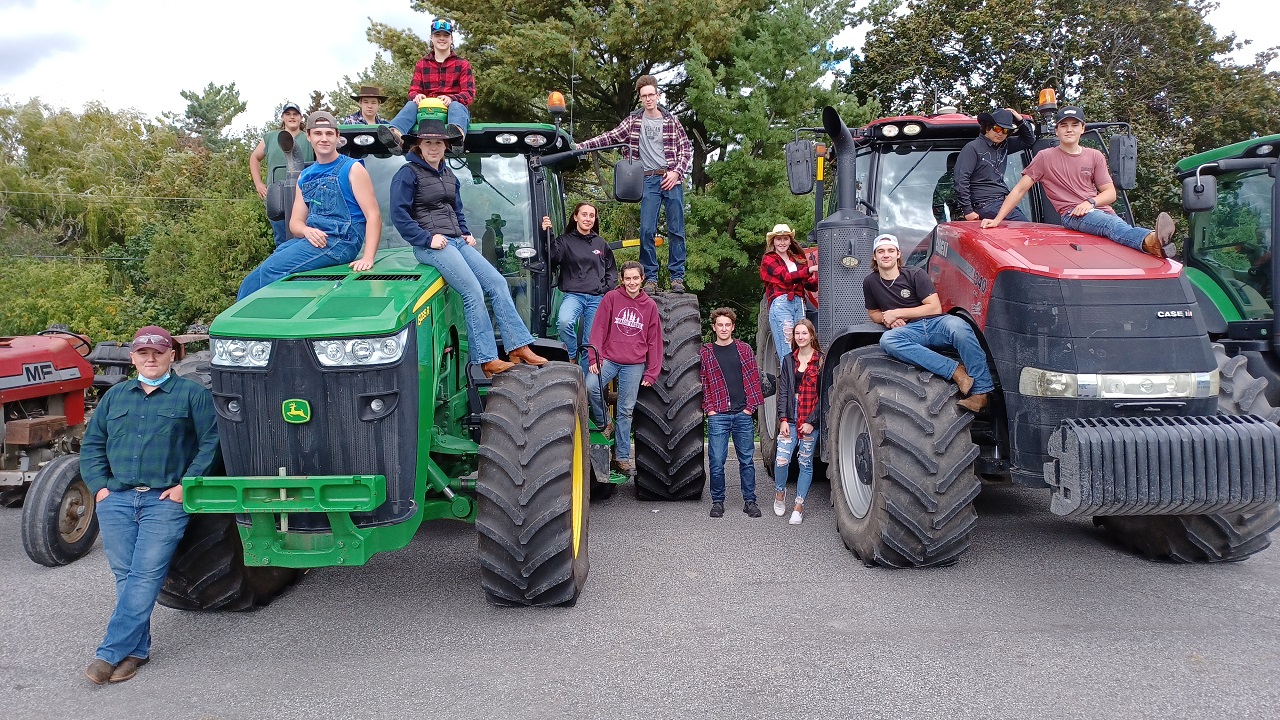 Some students at Vankleek Hill Collegiate Institute (VCI) can do what students at city high schools cannot – they can drive their tractors to school. And that is exactly what they did on Friday, September 24.

A dozen tractors, ranging from a John Deere garden tractor that had seen better days, to a giant Case IH 340 Magnum, were parked in front of the school. Students Charlotte Lapensée and Jordan Anderson organized the event. They made an announcement asking their fellow students to come to school by tractor that day.

All students were encouraged to dress like a farmer that day, and a good many of them looked the part. Students from nine local farm families were represented.

Student Adam Rodger summed up why he enjoyed coming to school by tractor. “It’s not as much fun riding the bus,” he said. 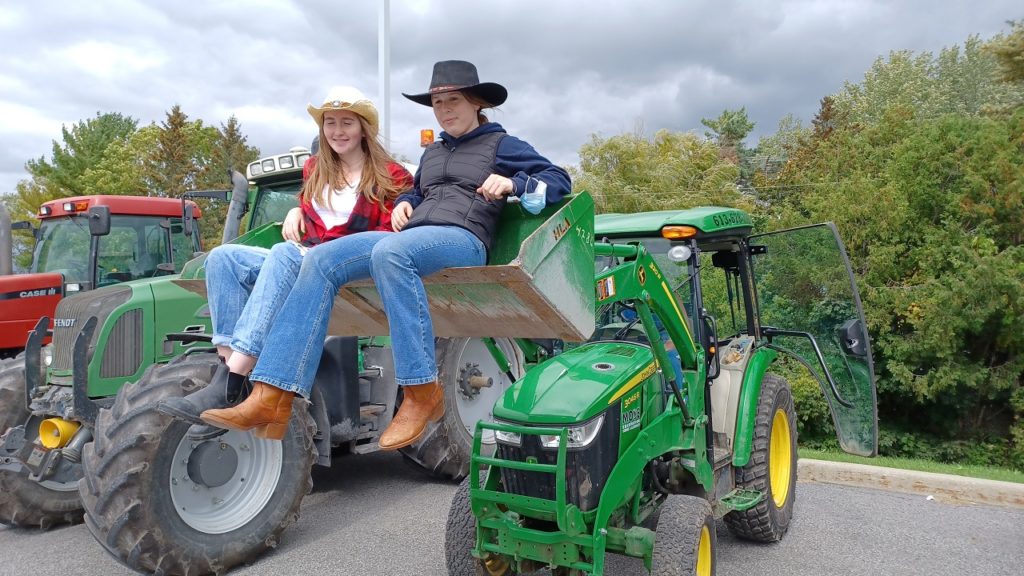 Hannah Jackl and Sydney Mode took a ride in the loader bucket. Someone in the background shouted it was as close as Vankleek Hill got to having a ferris wheel because there was no fair this year. Photo: James Morgan 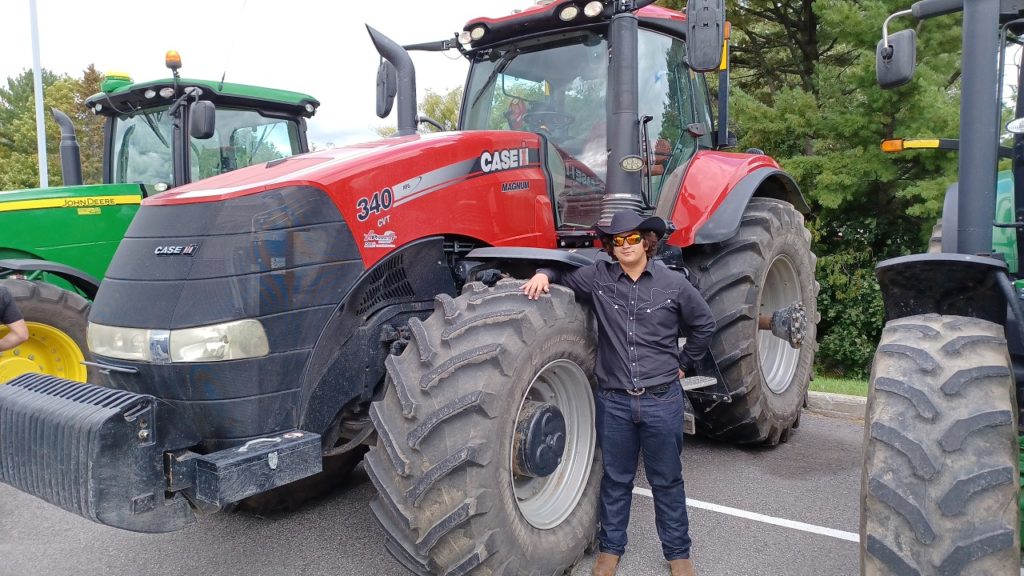 Sam Charlebois and the Case IH 340 Magnum he used as his transportation to school on September 24. Photo: James Morgan 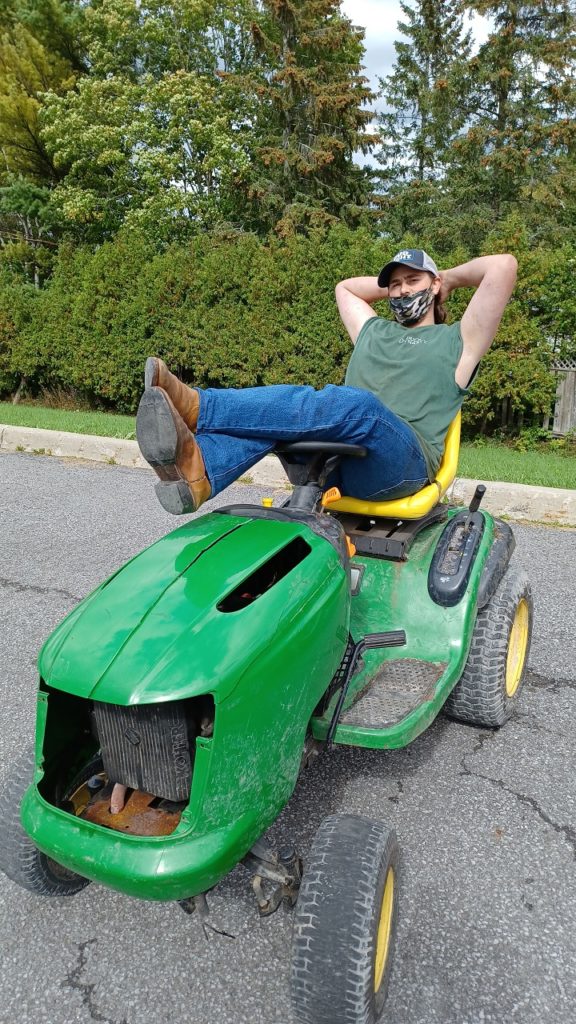 Alex Carrière is not a farmer, but that did not stop him from driving this old beater of a John Deere L-130 lawn tractor to VCI on September 24. His friends said it was fortunately a mostly downhill trip to school so he could coast most of the way. Photo: James Morgan