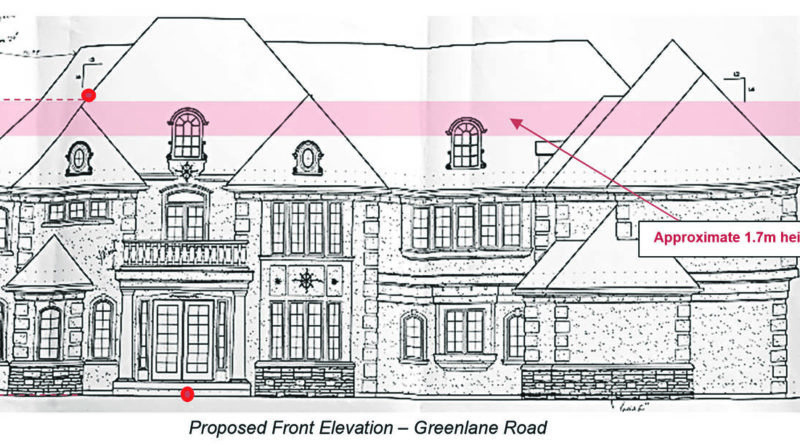 Champlain Township's Committee of Adjustment wants to see a site grade plan prior to reviewing a request to permit the mid-roofline height of a proposed home to be 10.7 metres above ground level, compared to the nine metres permitted by regulations.

A request for a minor variance for construction of an eight-bedroom home has been deferred pending receipt of a site grading plan.

The proposed construction of a 7,620-square-foot home on a lot at 773 Greenlane Road East was discussed by the Champlain Township Committee of Adjustment on September 15. The committee’s task was to determine if the application was minor, if it conformed to the intent of the zoning by-law and the official plan and if it was appropriate development for the rural road.

Champlain Township’s senior planner Jennifer Laforest said that the 3,600-square-metre property was located on Concession 2 in the West Hawkesbury ward of Champlain Township. Although the lot is not in keeping with current requirements, which dictates rural lots being a minimum of about one acre, or 4,000 square metres, the lot was pre-existing and on the record, she said.

While there is nothing to prohibit construction of an eight-bedroom house, the committee can also look at compatibility for the neighbourhood and the general intent of the official plan.

Discussion about the grade of the property took place. Committee of adjustment member Kevin Hall said that a walk-out basement at the rear of the property means that there could be an expectation that the front of the house will be on a higher portion of land.

Laforest said the expectation would be that the rear portion would be pushed down, with retaining walls for the walk-out.

Member Murray Allen said that he has noted that most of the other properties along that road have been built up by at least four feet, for a reason. “I would say the grade would not be what it is now,” Allen said.

Hall also asked about the layout for construction, mentioning that the layout might have to change to accommodate the septic system and that might affect the grading plan.

Committee chair Marcel Arseneau, standing in for Robert Tolhurst, who was absent from the meeting, asked if the 10.7-metre height would be from the land where it is now, or whether that would change.

The 10.7 metre mid-roofline height request is based on the current grade level of the property.

Neighbour Sylvain Renaud said that he and his neighbours were concerned about the height of the building, which would be four or five feet higher than the rules permit, if construction is approved.

“It doesn’t fit the rural area and seems to be out of place,” Renaud said, adding that the properties along the road were built up because of the water that collects there in the early and late spring.

“There is always water in the back, that is why everyone has brought in fill,” he said.

Lawyer Shadman Siddiky, who said he was the son of applicant Ashraf Hossain Siddiki, emphasized that this was a minor variance application and to consider the intent of the regulations.

“What we are asking for is not an extra floor, it is architectural, to make the building look nicer. It is merely for architectural purposes,” said Shadman Siddiky.

Seven letters have been received by the township from neighbours and Arseneau asked committee members if they had had a chance to read them.

In the end, Kevin Hall suggested postponing the decision until a site grading plan and a septic system plan were received by the committee.

Murray Allen agreed. “I think that it’s very hard (to decide) unless we have a plan for the septic system and the grade. If we had that, we could make a better decision,” he said.

Ashraf Siddiky told the committee chairperson that their septic system plan was complete and had been approved by South Nation Conservation.

“It’s already approved. We have a permit for the design,” Siddiky said, but added that there was no grading plan yet.

Three members voted in favour of waiting for the grading plan and the septic plan. Member Roch Pilon voted against the resolution.

louise has 1413 posts and counting.See all posts by louise 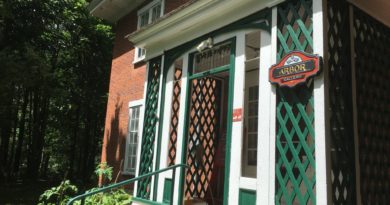 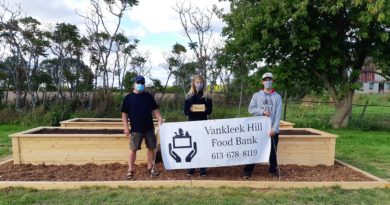