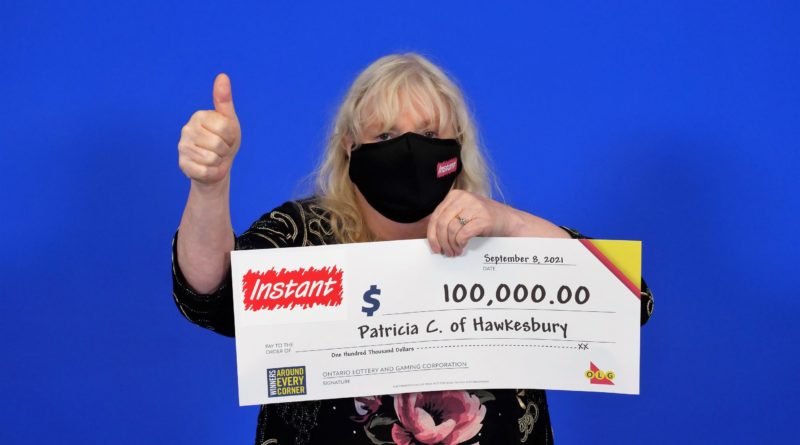 Patricia Clouthier of Hawkesbury is $100,000 richer after winning the top prize in INSTANT MONEY MATCH (Game #2249).

While at the Ontario Lottery and Gaming Corporation (OLG) Prize Centre in Toronto to collect her windfall, the retired 69-year-old and mother of one, told lottery officials about the moment she found out she won the grand prize.

“I was jumping up and down with my daughter at the news,” Clouthier said. “My daughter was overjoyed!

The lucky winner is a regular lottery player. She said this is the first time she has won a big prize and that she couldn’t keep the news to herself.

“I had to tell my hairdresser who was ecstatic for me, and I also shared the news with my neighbour!”

Clouthier said is going to put most of the money in her savings account, pay a few bills and share some with her daughter.

“All I feel is joy and happiness,” she said after her win. “This is so crazy!”

The winning ticket was purchased at The Smoke Shop on Main Street in Hawkesbury.