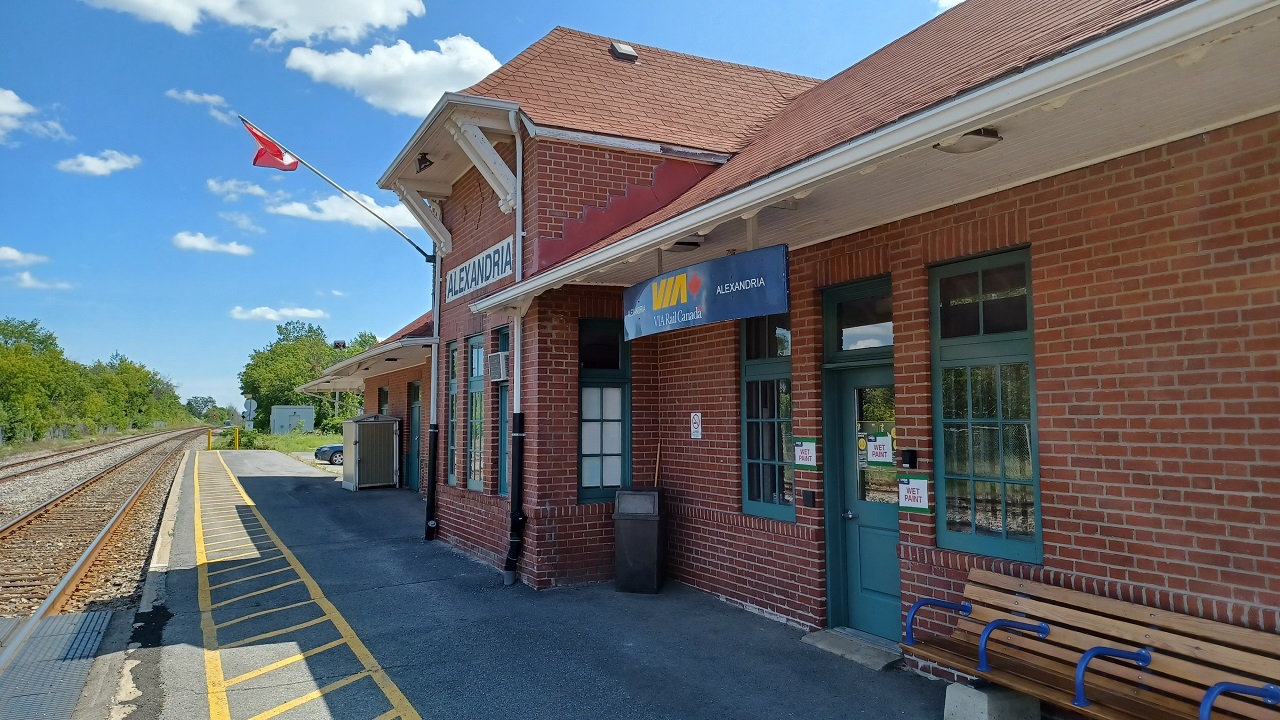 Gordon Lightfoot may have to add a verse to ‘The Canadian Railroad Trilogy’ if federal plans for expanded high-frequency passenger rail service ever go beyond the announcement stage. Those plans include local stops in Casselman and Alexandria, but municipal governments in Argenteuil also want their regions to be considered.

In July, the federal government announced it is taking the first steps in preparing for the procurement process to build a new high-frequency train service in the Toronto to Québec City corridor.

The government is engaging Indigenous groups and communities to obtain feedback on the project, as well as holding discussions with the private sector in order to determine capacity and seek perspectives on the best possible delivery model. The government is planning to finalize the delivery model and launch the process to select a private partner this fall. The government has also been accelerating dialogue with partner railways to negotiate dedicated routes in and out of city centres.

With a federal election underway, the future of the project may hinge on which party forms the next government.

The High Frequency Rail proposal involves building dedicated passenger tracks. Presently, VIA shares tracks with Canadian National Railways on its main line between Toronto and Montréal. However, it has dedicated tracks from Brockville to Ottawa, and from Ottawa through Casselman and Alexandria to Les Coteau. In areas where the tracks are shared, passenger trains often must wait on sidings and yield to freight trains.

The federal government contends dedicated tracks would result in shorter travel times and faster trains, that would reduce average trip times between Toronto and Ottawa by up to 90 minutes. Dedicated tracks would also allow for more reliable on-time arrival performance – up to 95 per cent from a current average of 67 per cent – more direct routes with improved connectivity between cities and to other modes of transportation, more frequent departures between cities, and a cleaner travel option using electrified technology.

Casselman Mayor Daniel Lafleur has asked VIA to increase passenger service to the municipality in the past, as Casselman has become a popular place to live for commuters to Ottawa and Montréal.

“The train does bring us quite a bit of travellers,” the mayor says. “It’s very good for Casselman.”

According to Lafleur, the government wants to have high-frequency service in place by 2035.

Lafleur noted the municipality and United Counties of Prescott and Russell have made changes to timing on traffic lights near the VIA railway crossings in Casselman, in order to better coordinate traffic flow. He said if high-frequency service comes to Casselman, the traffic lights required for the project will already be in place.

There has been no official reaction from the Township of North Glengarry to the prospect of high-frequency VIA service in Alexandria. The Review did not receive a response from Mayor Jamie MacDonald, however Deputy Mayor Carma Williams said council has not discussed the subject.

Meanwhile, municipal leaders on the north side of the Ottawa River want the federal government to consider bringing passenger rail service back to the railway line from Gatineau to Québec City via Trois Rivières. That line passes through Grenville-sur-la-Rouge, Brownsburg-Chatham, and Lachute.

On August 11, MRC d’Argenteuil council adopted a resolution requesting the federal and Québec governments conduct a comprehensive cost-benefit analysis on returning the line to passenger use.

According to the MRC d’Argenteuil resolution, the railway line was built after the creation of the Québec, Montréal, Ottawa, and Occidental railway (QMO & OR) in 1874, which was intended to serve cities and rural areas north of the St. Lawrence and Ottawa Rivers. The line was sold to the Canadian Pacific Railway (CP) in 1882 and passenger service on the north shore of the Ottawa River continued until 1981.

In 1994, CP announced it was discontinuing the line for freight service. In 1995, the MRC d’Argenteuil persuaded the Québec government to declare the Mirabel-Thurso rail corridor a special intervention zone under the Planning Act with the wish of maintaining an active rail link.

Since 1997, the line has been part of the Québec-Gatineau Railway Company, which is owned by Genesee and Wyoming for freight use only.

In November 2018, MRC d’Argenteuil council supported a declaration issued by a Union des municipalités du Québec forum on transportation, calling for the encouragement of passenger rail service as a viable alternative for the mobility of people, and to reduce the number of trucks on roads, reduce traffic congestion, and greenhouse gas emissions.

The resolution approved by the MRC d’Argenteuil council on August 11 highlights that, as of 2020, approximately 5 million people live in the north shore area of Montréal, Québec City, and Ottawa within the province of Quebec, that integrated transportation is deficient to non-existent in the region and expanded passenger rail service would be an effective way of mitigating climate change.

The resolution was moved by Grenville-sur-la-Rouge Mayor Tom Arnold and seconded by St-André-d’Argenteuil Mayor Marc-Olivier Labelle and adopted unanimously by MRC d’Argenteuil council.

Map of proposed VIA high frequency system. Map: VIA Rail