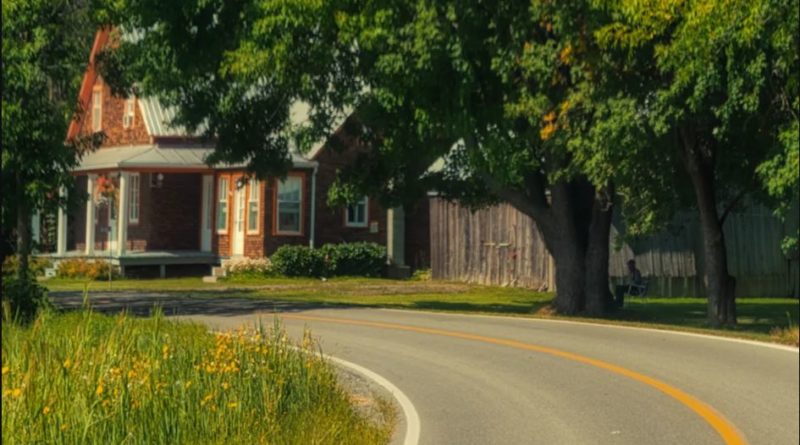 Agriculture
September 9, 2021September 9, 2021 Submitted Prescott-Russell
Patrick Willems of Dutch Touch Photography is a regular contributor to The Review, sharing his amazing photos of the region with our readers on a regular basis. He shared with us a story of a recent photo he shot, which is one of his favourite shots of 2021 – not for the photo itself, but for the chance encounter afterwards.
By Patrick Willems
This might be one of my favourite captures this year. The shot itself is not the reason. See, after my I finished my photos, as I turned to go back to my SUV I saw a slim, suspender-wearing old legend stand up from his chair under his tree.
.
Naturally I stopped and waved. I was about to continue on my way, when he waved me over, so I went to him to say hi. He wanted to know what I was doing and who I was. I quickly explained and he  seemed satisfied with my answers.
.
He offered me a drink and a chair and I politely declined, saying I had stuff to do. I wished to not impose.
.
“Nonsense!” he said firmly, somewhat mockingly. “We have nothing but time today!”
So, unwilling to dispute this elder, I indulged him. We sat and talked. And talked.
I learned about the purpose of the local railway and all the grain picked up on the way to Coteau’s Landing, taken to big ships that came up the St. Lawrence River.
.
I learned about  the local farms and how family loyalty meant  losing money on sale. I learned about him, his departed wife – a story of love, tragedy, hard work and perseverance.
.
I watched his mischievous smile disappear and his voice go low as his withered hands gripped his beer bottle tighter, while his knuckles whitened during the story of “her” last days, followed by the pain and hell of two children pre-deceasing their last parent.
.
We talked until the balmy afternoon started to fade towards evening and my stomach told me it was supper time. We talked until the old fellow was finished.
I came out that day looking for a few shots. He went out that day to enjoy the breeze. Turns out we both got far more then expected.
.
He waved me on my way, I shook his hand and told him that it had been a pleasure. That I would stop next time if drove by, if I saw him outside. He said “stop if you see me and even if you don’t”.
.
This shot will serve to remind me that sometimes life plans for us far better then we ever could. This shot will remind me of the day I made a most unlikely friend.
.
Above all else the lesson I learned from this simple capture is when it comes to people “We have nothing but time!”
.
Can you see my friend under his tree?  Look close; he’s there and larger than life.