Chelsea and Me – Part 2 – Taking the plunge into Squirrel World 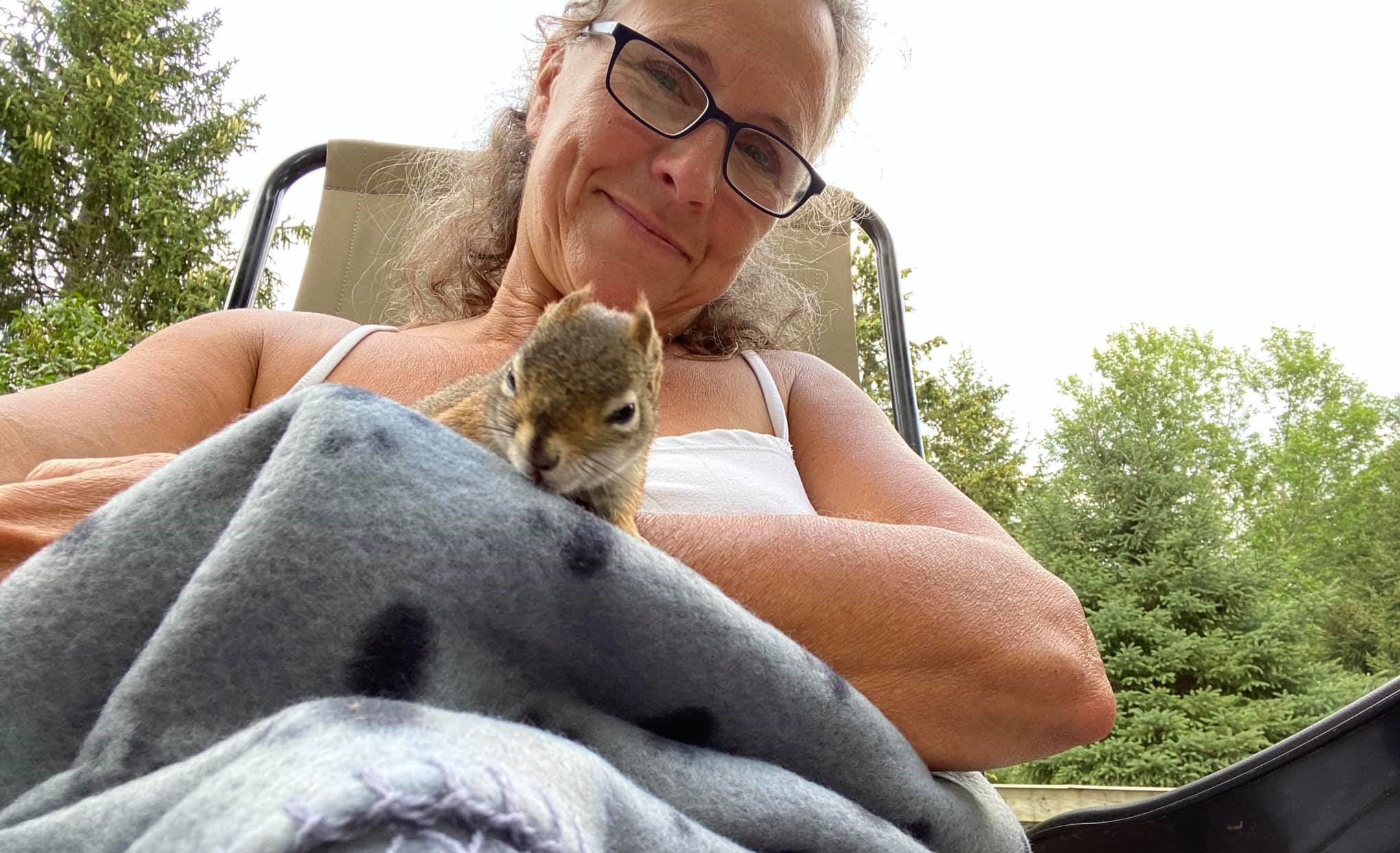 After I spent a sleepless night waiting for Chelsea to come home from her first overnight venture, she returned around 6 a.m. and so we continued with our routine for another week.

I had noticed another red squirrel in the oak tree growing very hostile. One day, he chased Chelsea out of the top of the tree and she came tumbling down onto the ground. That was it! Scrappy was looking for a fight!

Every time he chased her, she’d come running back onto my shoulder. I knew he was just defending his territory, but she would also have to learn to fight for it. And so I backed off and watched them go at it. This was simply heartbreaking.

I watched Scrappy chase her up and down the tree. Then suddenly she stopped! She turned around, faced him, stomped her rear feet, delivered a piercing scream, then SHE started chasing him!! “You go, girl!” I yelled! “You show him who’s boss Chelsea!”

This confirmed that she was ready to take the plunge into Squirrel World. So we built her a house and mounted it up into the pine tree, closest to the patio door where we could monitor her. Not only did WE keep an eye on her, but so did BB and CC, our two cats. 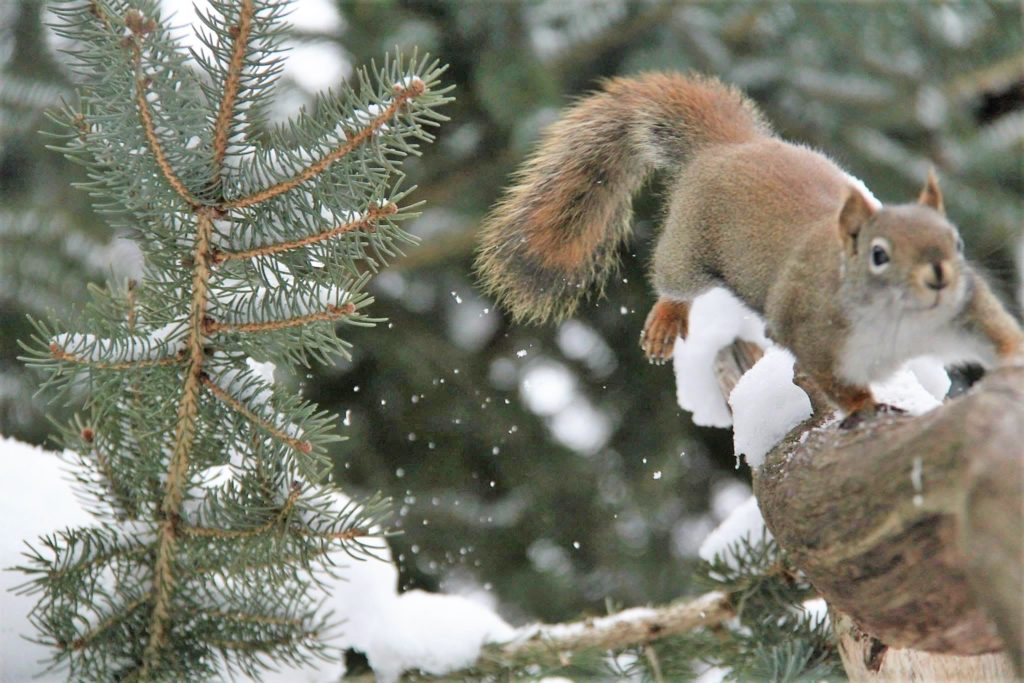 Chelsea loved running down her favorite sitting branch, to join Alison on the bench.

With Chelsea now living outside full time, we had to create a routine; While she explored the grounds during the day, the cats stayed inside. When she retired to her nest for the night, the cats went outside. When morning time came around, we’d do it all over again. This is how we managed our summers.

After several days, Chelsea moved further away from the house. Of course, being her Squirrel Mother, I wanted to make sure she would stay warm for the winter, as only 25 per cent of red squirrels will survive their first. So we built her another house; a fully furnished, fancy squirrel condo.

Chelsea was curious about anything we built for her and so I watched on, as she slowly emptied her new condo of all the peanuts I had generously placed in there! I remember thinking, “what a silly squirrel; giving herself more work than necessary. Now she’ll have to leave her home to get the peanuts.” 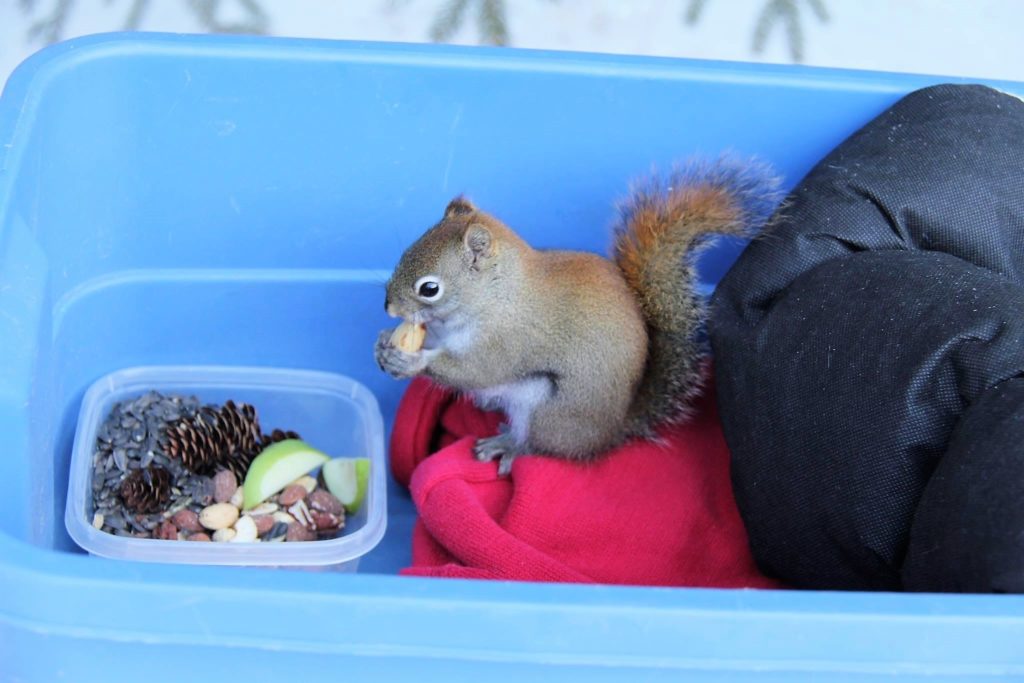 Chelsea and one of her Spa Bins. Submitted photo

Chelsea knew better than I. She must have thought, “stupid human, you don’t stash food where you sleep unless you want to attract predators…. idiot,” She had a good point.

January 2014 was a freezing winter and being concerned for Chelsea, I made her a Spa Bin. I filled up a hot water bottle, wrapped it in a towel, placed it in the plastic bin with fruits, nuts and seeds, and brought it to her every single day during the cold spell. Chelsea loved to warm her butt on that hot water bottle.

During heavy snow days, I’d make my way to the bench just under her condo. Within minutes I could hear chirps of excitement as she’d make her way to sit next to me to share some treats. She LOVES Mrs. McGilly’s tea cakes. A simple recipe that we could both enjoy. This squirrel has a broad palate!

By March, I thought I could see Chelsea’s belly change. Is she getting fat? Is she pregnant? I read somewhere that squirrels don’t conceive until they are one-year-old. Chelsea was only seven months old, so she must have just gained some winter weight, or maybe it’s her winter coat. Right?

The story will continue, with Part 3 of Chelsea and Me in the September 8 print edition of The Review. 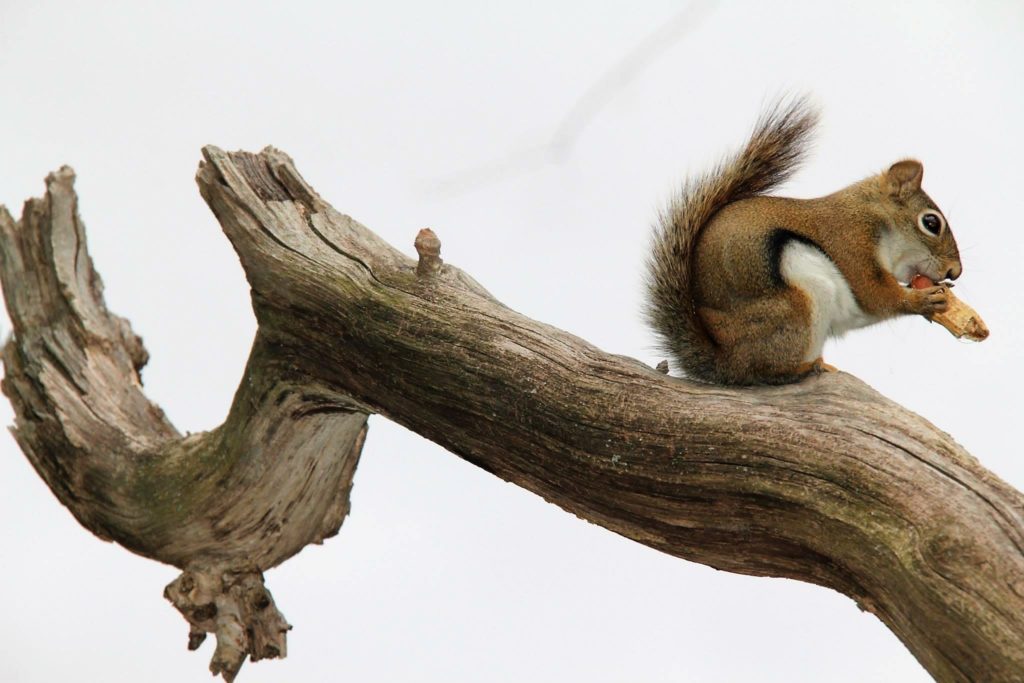 Chelsea’s favorite sitting place. Right beside the bench where we would visit together. 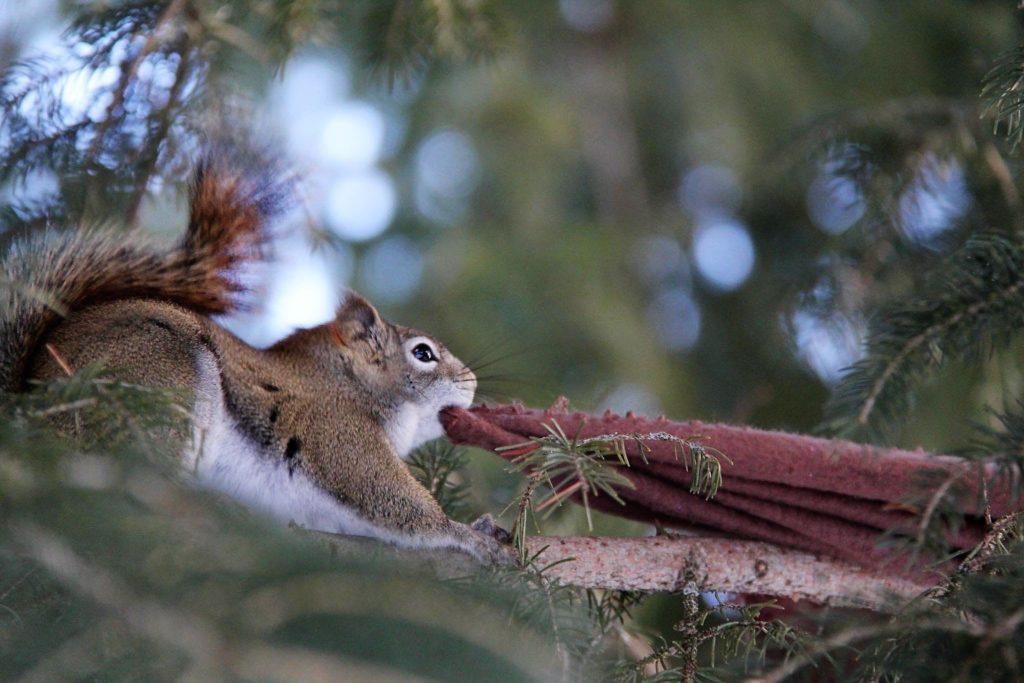 Trying to bring comfort into her condo. 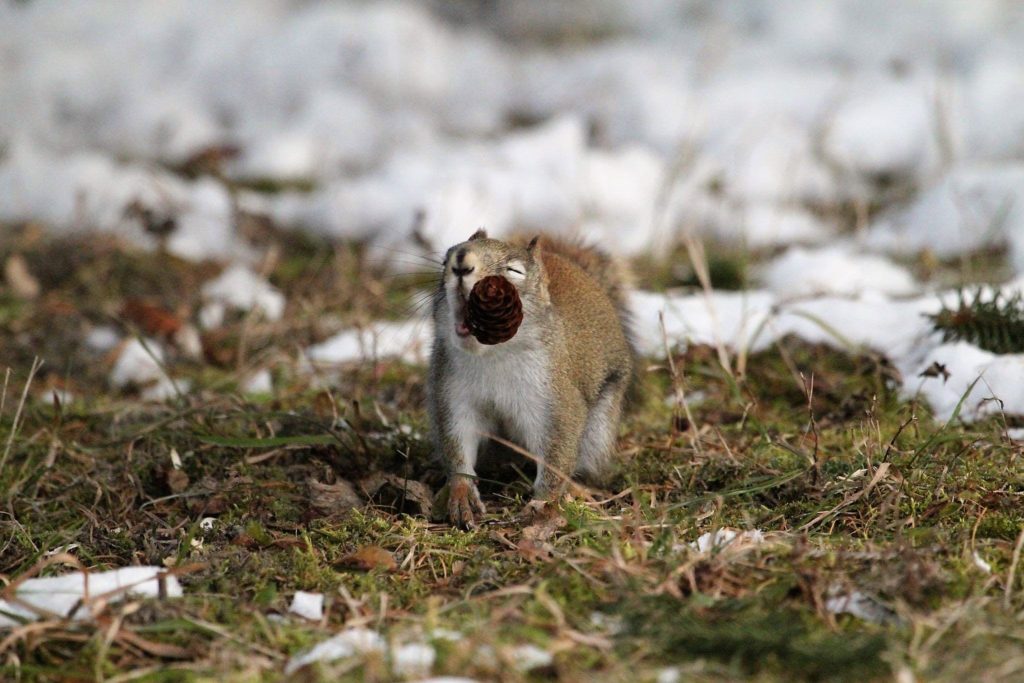