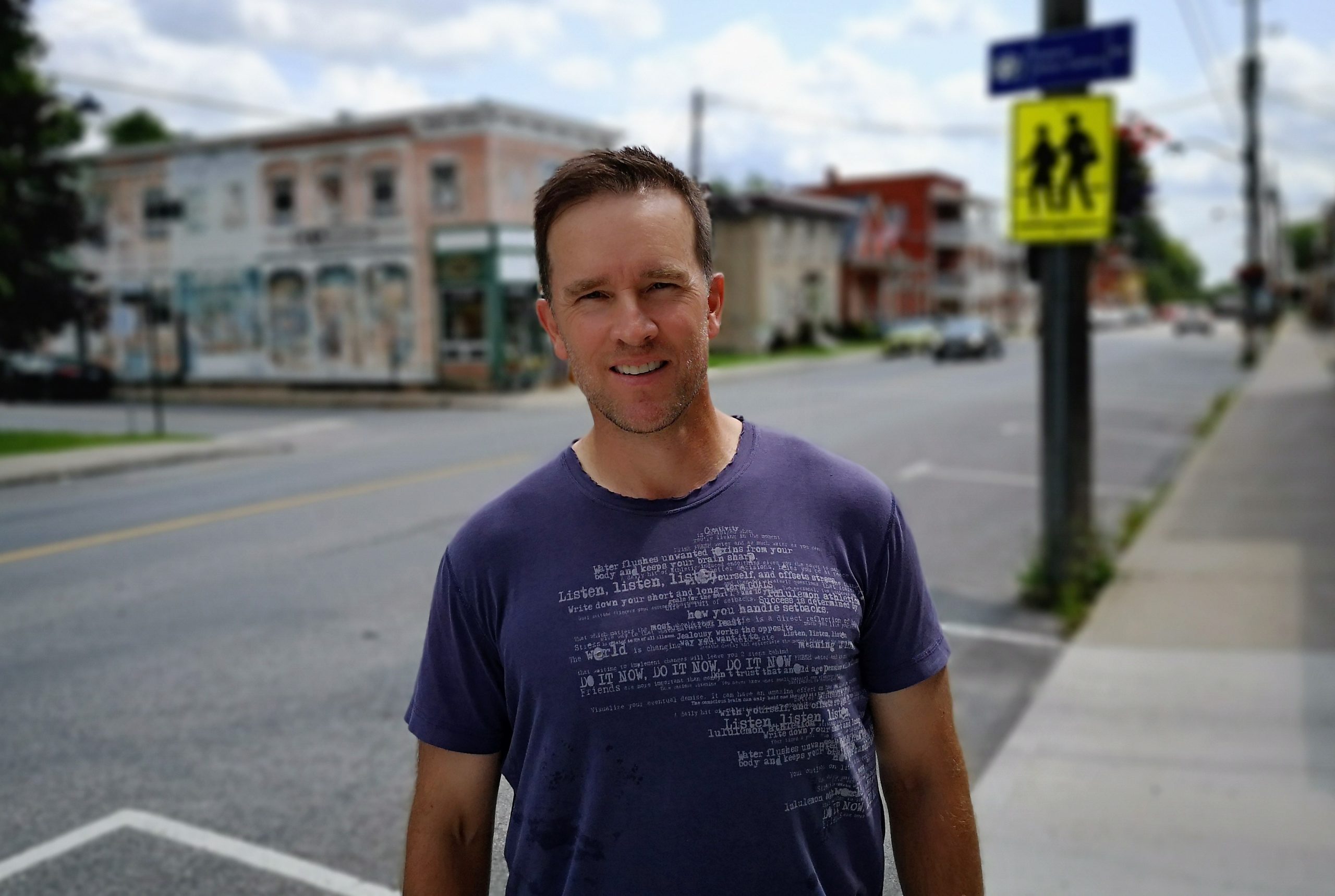 Steve Barton is happy to be back in Vankleek Hill after spending more time than ever on the road during the past National Hockey League season. The veteran NHL linesman says that inside the glass, hockey was pretty much the same even without fans. Photo by Reid Masson

National Hockey League (NHL) executives did a tremendous job in keeping players, coaches and officials safe during the past two seasons, says veteran NHL linesman Steve Barton. But the Vankleek Hill native is definitely looking forward to the league returning to its regular format once the COVID-19 pandemic is over.

Regular testing for COVID-19 for players and officials, as well as the all-Canadian division, made for a long season, Barton – now back home in Vankleek Hill – told The Review in an interview last week. Despite some fatigue from travel and the amount of time spent away from his family, the veteran official believes the league did a tremendous job organizing the 2020-2021 season and playoffs.

“I think (the NHL) really did a good job making the most of (the season),” Barton said, noting the format highlighted traditional rivalries and even created new ones, which made fans eager to return as arenas began to admit patrons. “Each division had those natural rivalries that raise the level.”

“As the season went on, fans in the (United States) were eager to come back and you just saw the passion.”

While some bemoaned the lack of crowds in arenas, Barton says that for the most part, players, coaches and officials barely noticed.

“Hockey feels the same, because it’s inside the glass – once the game starts (you forget the crowd),” Barton explained, noting the level of intensity during the playoffs was the same as usual. “It certainly didn’t take away from the players.”

“It’s the Stanley Cup and the hockey was the hockey – that didn’t change.”

While the NHL regular season was a short one – beginning only on January 6 – the veteran NHL official said it felt much longer due to time spent away from family. Normally he would work perhaps one Montreal or Ottawa game a month – both cities a 90-minute drive from his home – and he would travel on game day and head home afterwards. This year was different.

“I had to go in the day before to get tested and then stay that night in Montreal or Ottawa and then the next morning wake up in the hotel and get tested again, stay there the whole day and then do the game,” Barton related. “It’s time away (from home) and more nights away.”

Road trips were also very different. In a normal season, officials would follow a schedule where they might do a game in Vancouver, one in Edmonton and then one in Calgary before returning home. This season many teams would play the same team at the same arena several games in a row.

“I was in Vancouver (this year) and they were playing the same team back-to-back-to-back,” Barton recalls. “So you have the same teams that you have to officiate over three games – that would never happen (in a regular season).”

“Especially if something controversial (happens) and you have to (make a call) as per your job description that makes one team or the other upset about your officiating – then you have to go back in the next night and do it all again,” Barton said, adding with a chuckle, “I think they got sick of us after a while.”

The recently-completed NHL season was the 21st for the Vankleek Hill native, who was named to work his first NHL Stanley Cup final in 2020. In 2021 Barton worked the first two rounds, officiating three games of the Edmonton-Winnipeg first round series, and then two games between Montreal and Toronto.

Entering his 22nd season as an NHL linesman, the 49-year-old Barton says he expects to work games for several more years. The married father of two boys, aged eight and six years old, says his family has been extremely supportive. The fact he started a family after turning 40 gives him an advantage over other NHL officials, Barton says.

“I was lucky, I had my kids later on – I was 40 when I started having kids. A lot of guys have their kids early and then they get hired. That 20-year (career) is the 20 years their kids are growing up.”

One thing that has not changed over the years is the excitement Barton feels every time he works an NHL game.

“I especially enjoy being on the ice,” he says. “I skate out there and I think ‘this is awesome that I do this for a living’.”

As for the 2021-2022 NHL season – currently scheduled to begin on October 12 with a return to the regular divisions and schedule – Barton is optimistic.

“I really hope it’s going to be normal – I’m a very positive person and I think it will be fine. If we can have even half the fans (as normal) I think that will be a huge step.” 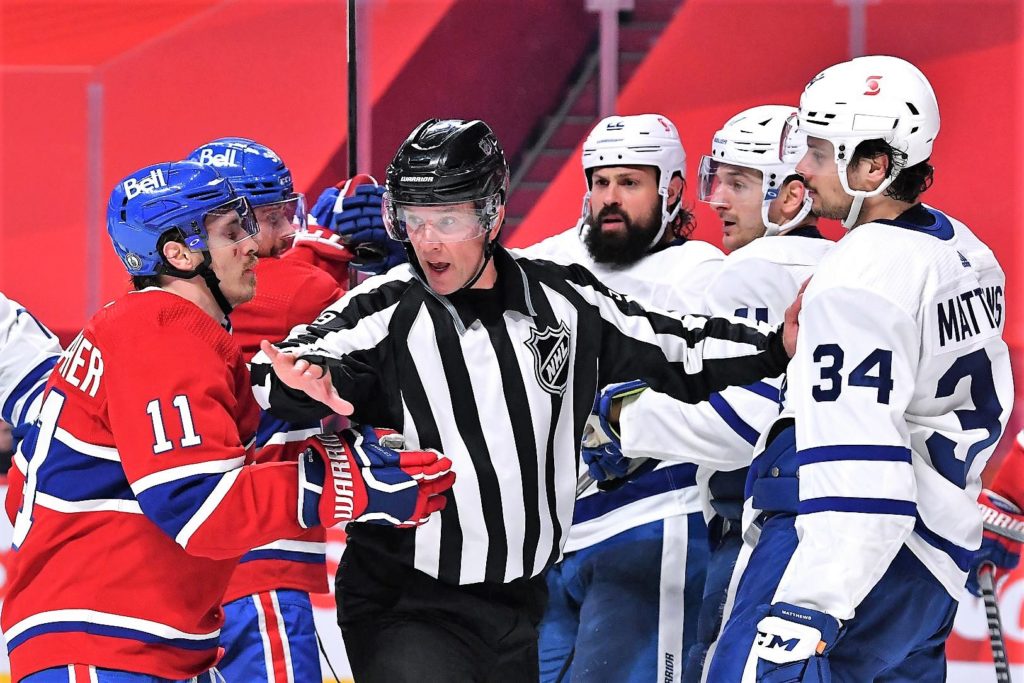 Barton worked two games of the first-round NHL series match-up between the Montreal Canadiens and Toronto Maple Leafs and was the standby linesman for a third game. The tight series was won by the Canadiens in seven games.