Artwork on display at Le Chenail Cultural Centre throughout the summer 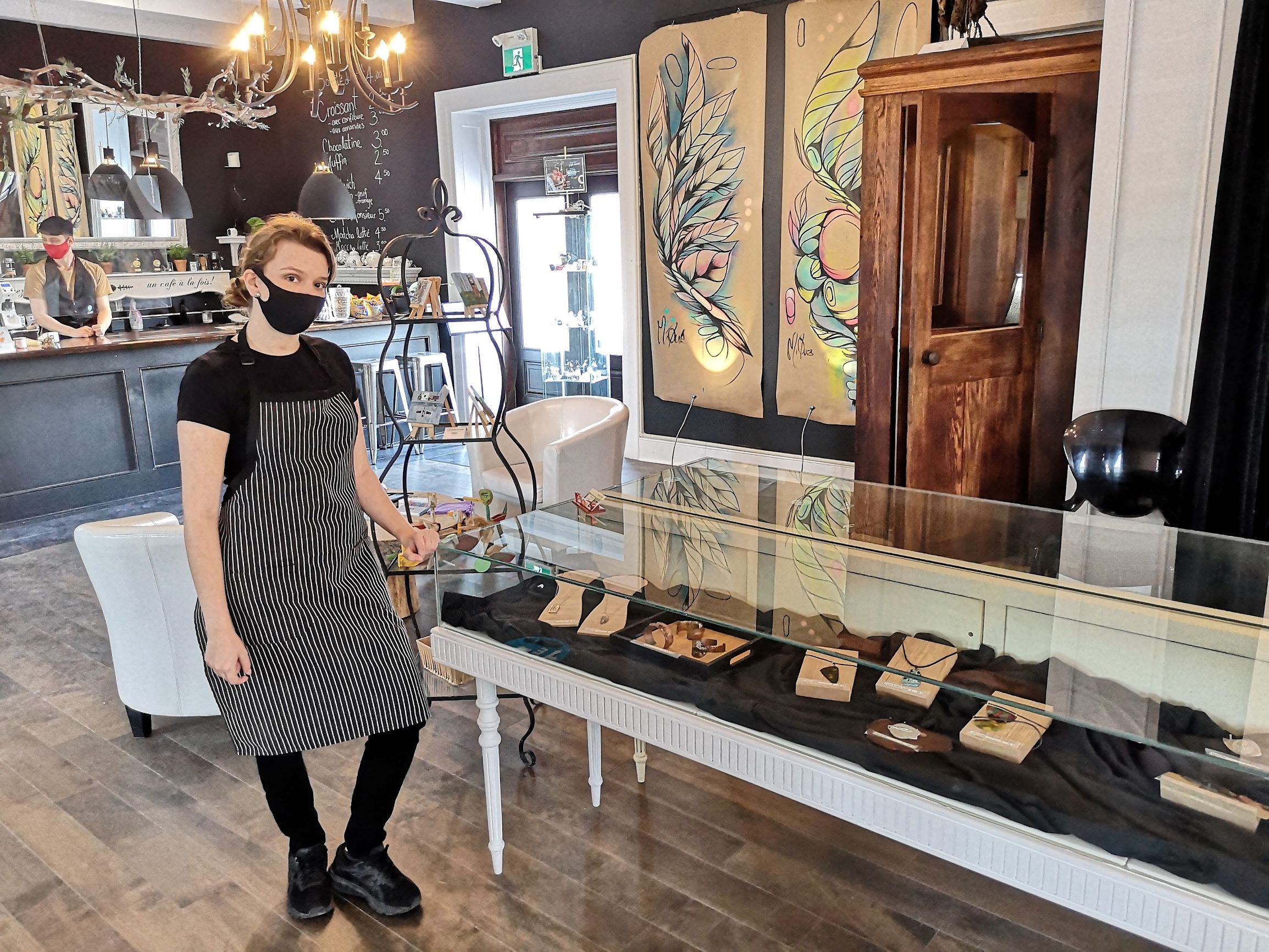 Le Chenail summer employee Macarena Rico stands in front of a cabinet displaying the works of local artists at Maison de l’Île in Hawkesbury, with the elaborate works of Franco-Ontarian artist Mique Michelle in the background. The Chenail is currently hosting the sixth edition of RECYCL’ART at Maison de l’Île. Photo by Reid Masson

Le Chenail Cultural Centre is hosting the sixth edition of RECYCL’ART in Hawkesbury, on the shore of the Ottawa River in front of the Maison de l’Île.

Le Chenail is also featuring the works of Franco-Ontarian artist Mique Michelle throughout the summer at its indoor exhibition site in Maison de l’Île, Michelle’s artwork is featured inside the cultural centre, along with multiple works on display by local artists.

Mique Michelle is a Franco-Ontarian artist well versed in mixed media and gifted in the art of graffiti and elaboration of murals. Her work is often composed of eye-catching, bright colours and can be found in galleries, public buildings, and art venues.

The Chenail Cultural Centre complies with social distancing laws issued by the Ontario provincial government. Visitors are asked to bring a mask and maintain a distance of two metres.

The mission of the Chenail Cultural Centre is to promote arts, culture, and heritage and through its management of the Tourist Information Centre in Hawkesbury. It is housed in Maison de l’Île, a historic building dating back to 1832 in Confederation Park, located on l’île du Chenail in Hawkesbury.

Anyone wishing more information on any of the exhibits can contact the Chenail Cultural Centre at 613-632-9555.