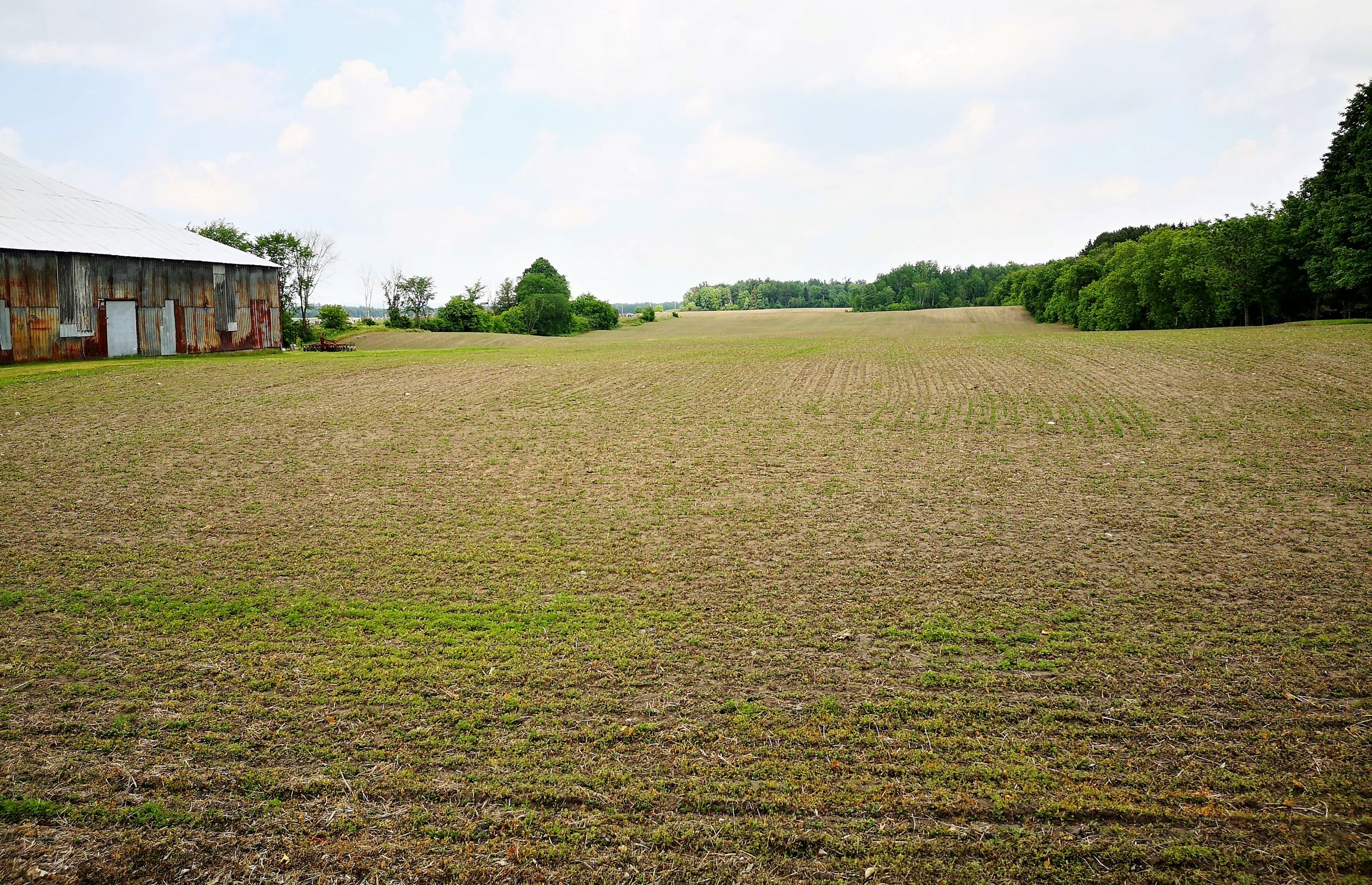 A lack of rainfall has left conditions in Eastern Ontario as ‘abnormally dry’ – one step below the first level of drought conditions. Photo by Reid

The Government of Canada’s Interactive Drought Map shows the entire region of Eastern Ontario as ‘abnormally dry’ – one step below the first level of drought conditions. So far in 2021, the province of Ontario has received approximately half of the usual rainfall for this time of year, with some areas in the province’s eastern sector receiving as much as 80 per cent less precipitation than normal.

Although it was not enough, a heavy rain last week did provide some respite for farmers in the region, said Sonia Dignard, Ontario Federation of Agriculture Member Service Representative for Glengarry, Stormont, Prescott and Russell.

“People were just kinda crossing their fingers and really hoping it was going to rain,” said Dignard of the situation prior to last week’s rainfall, noting conditions in the region remain abnormally dry. “May was like a June or July type of month, where it was (only) a couple of days of rain.”

“A really dry spring like that was pretty stressful (for farmers). They were happy to go in the fields when there was no mud, but you still need rain for the seeds to grow.”

Even after the rainfall last week, South Nation Conservation (SNC) issued a Level 1 Low Water Condition advisory for its entire watershed in Eastern Ontario, including Prescott-Russell. The Raisin River Conservation Authority issued a similar advisory for watersheds in Glengarry and Stormont.

Stream flows within SNC’s watershed are below average for this time of year. The SNC’s records indicate that precipitation over the past three months was at least 80 per cent below normal.

Farmers can use some methods to protect their crops, including planting cover crops to retain moisture in the ground, but Dignard said a significant rainfall is what is needed right now.

“People who have hay fields and pasture land depend a lot on the rain,” the OFA’s representative for the region noted. “The hay will grow a lot slower and they might not get the same quality as if it would rain regularly.”

In terms of drought conditions across Canada, Ontario is faring better than many provinces. In some regions of Manitoba and Saskatchewan, where precipitation has been lower than average since late 2020, farmers are facing extreme drought conditions.

Lack of precipitation is a concern throughout other parts of North America as well. Drought conditions in 2021 have been reported from the Maritimes to British Columbia and extending throughout the southwestern region of the United States.