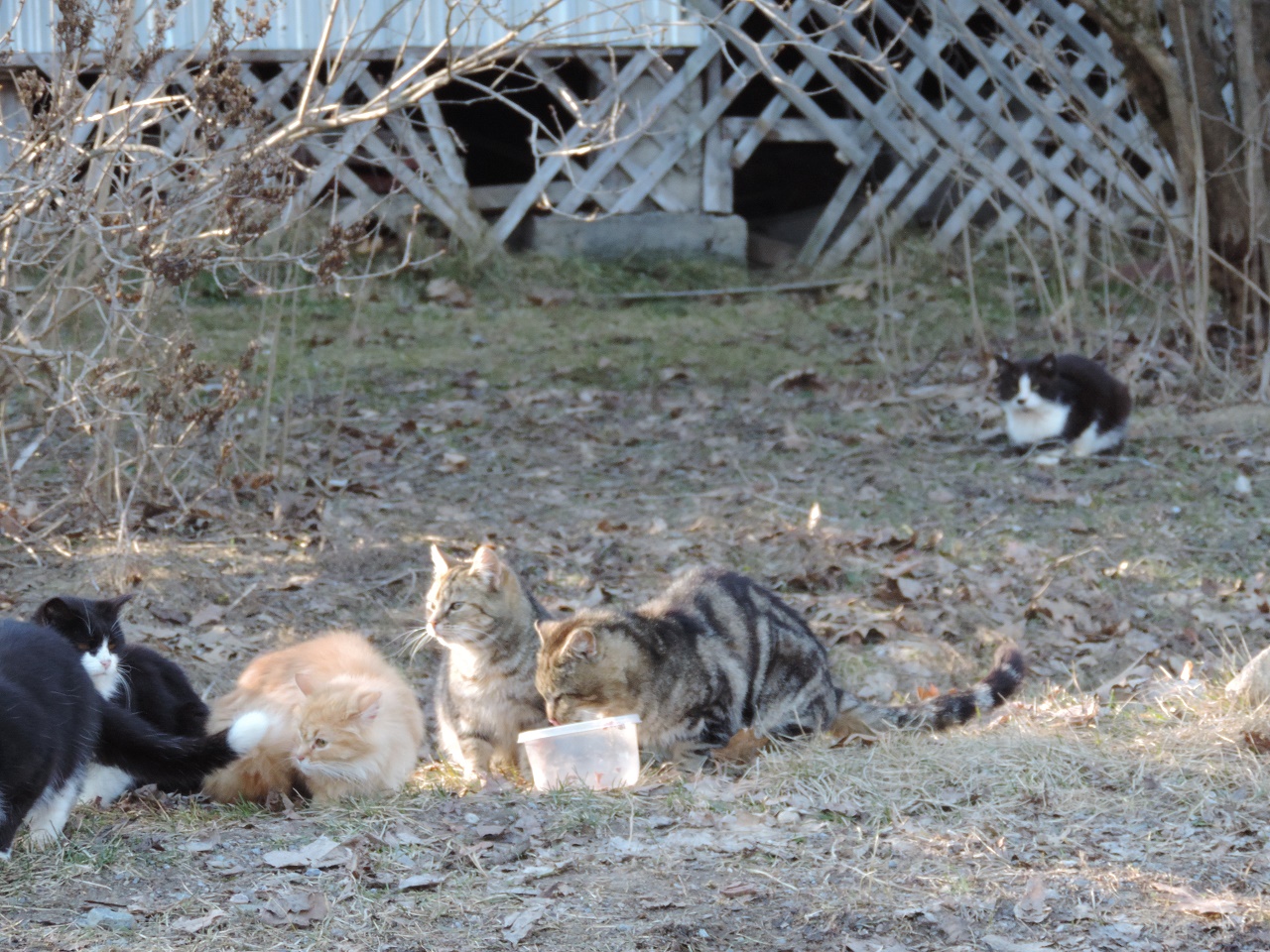 Feral cats found on a property in Grenville-sur-la-Rouge on March 29, 2021. Submitted photo.

A cat rescue organization in Grenville-sur-la-Rouge is encouraging people with numerous cats — or anyone who knows someone with numerous cats – to make sure that the situation does not get out of control after volunteers responded to a horrific call last week.

Paws R Us volunteers went to a property on Chemin Danis in the municipality on March 29 and discovered at least nine cats in the yard, in various states of health. Volunteer Natalia Czarnecka said Paws R Us responded because neighbours had complained about feral cats in the area.

Once volunteers arrived at the property, Czarnecka noticed the smell of cats was detectable from the road. The volunteers looked through the windows of the house and saw several more cats, some alive and others deceased. Many of the living cats were emaciated and some were eating the dead cats.  The room was also filled with flies.

“It was a horror scene,” Czarnecka said.

According to Czarnecka, the occupant of the home had been in the hospital for the past month. The Grenville-sur-la-Rouge fire department and Sûreté du Québec were contacted to secure the property.

The SPCA Laurentides-Labelle, located in Ste-Agathe-des-Monts, was contacted to assist, along with the Ministère de l’Agriculture, des Pecheries et de l’Alimentation du Québec (MAPAQ). The provincial agriculture department was called to investigate, as it has responsibility over animal welfare.

Grenville-sur-la-Rouge regulates dog ownership across the municipality, but it does not regulate cats.

Czarnecka said people who own multiple cats they cannot look after need to get help before it is too late.

“We want to set an example for people if they are in a situation like that.”

The investigation into the situation on chemin Danis is continuing.  As of April 1, PAWS R Us volunteers were caring for six cats who had been rescued from the property, Czarnecka said.  Other cats found at the site were taken care of by MAPAQ, which chose not to disclose the total number of cats found in and around the home.

Paws R Us rescued approximately 100 cats in 2020, but its capacity to respond to all situations is limited.  The organization urges anyone who is aware of a cat hoarding situation to contact their local municipality or SPCA.  Paws R Us can be reached at [email protected] .