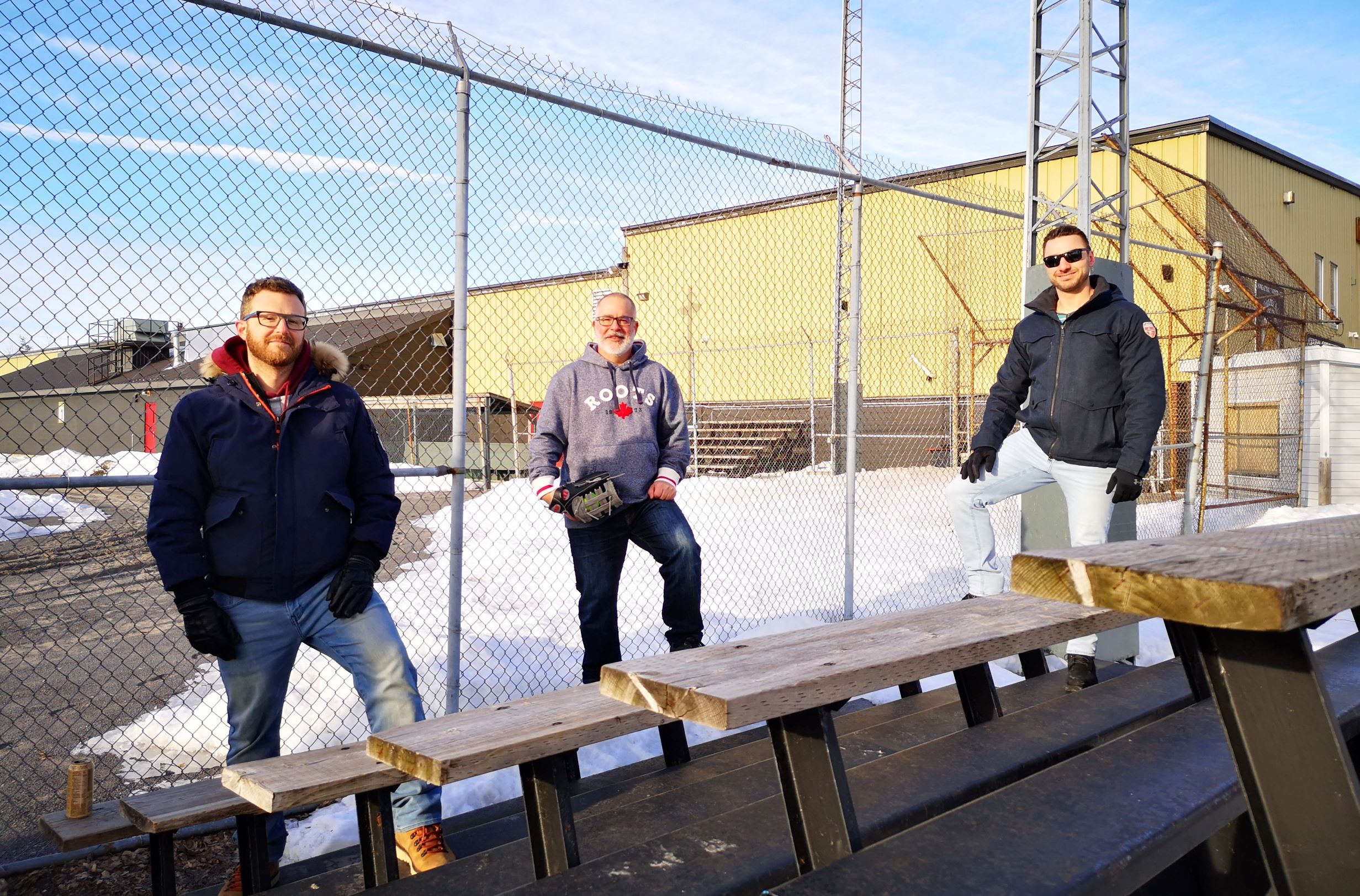 Volunteeers Justin Bromberg, Mike Paquette and Derek Ravary, organizers of the Vankleek Hill Softball League. More than 50 players have already signed up for the 2021 season and organizers are hoping to add another 50 to form two four-team bubbles. Photo by Reid Masson

It’s still only April and Vankleek Hill Softball is already a hit.

Organizers have signed up enough players to form an initial bubble league of 50 players spread over four teams. Under current provincial COVID-19 restrictions, sports leagues are allowed to form bubbles with a maximum of 50 players each. The league is now hoping to recruit a second bubble of 50 players to add four more teams.

“We are now at 53 players signed up for the 2021 season,” said Derek Ravary, who is organizing the league along with fellow volunteers Mike Paquette and Justin Bromberg. “We have enough to run one league, but we’d like to get 47 more players to get the second league going, as we don’t want to exclude anybody.”

The league is open to both male and female players, with games slated to begin by the end of May and continue to the end of August. As in past years, games will be scheduled on Tuesdays and Thursday evenings at the ball diamond in Vankleek Hill. Each team will play 15-20 games over the course of the season, with an end-of-year tournament held during the last weekend of August. The cost to play is expected to be about $100 per player, and will include a team shirt.

“Everything is a bit up in the air right now, as it will ultimately depend on what zone we are in come late May, but things are going well so far and there seems to be a lot of interest,” Bromberg noted.
Anyone seeking more information, or who wants to sign up to play softball, can send an email to the Vankleek Hill Softball League at [email protected]