Professional artists forced to adapt to a world without art shows 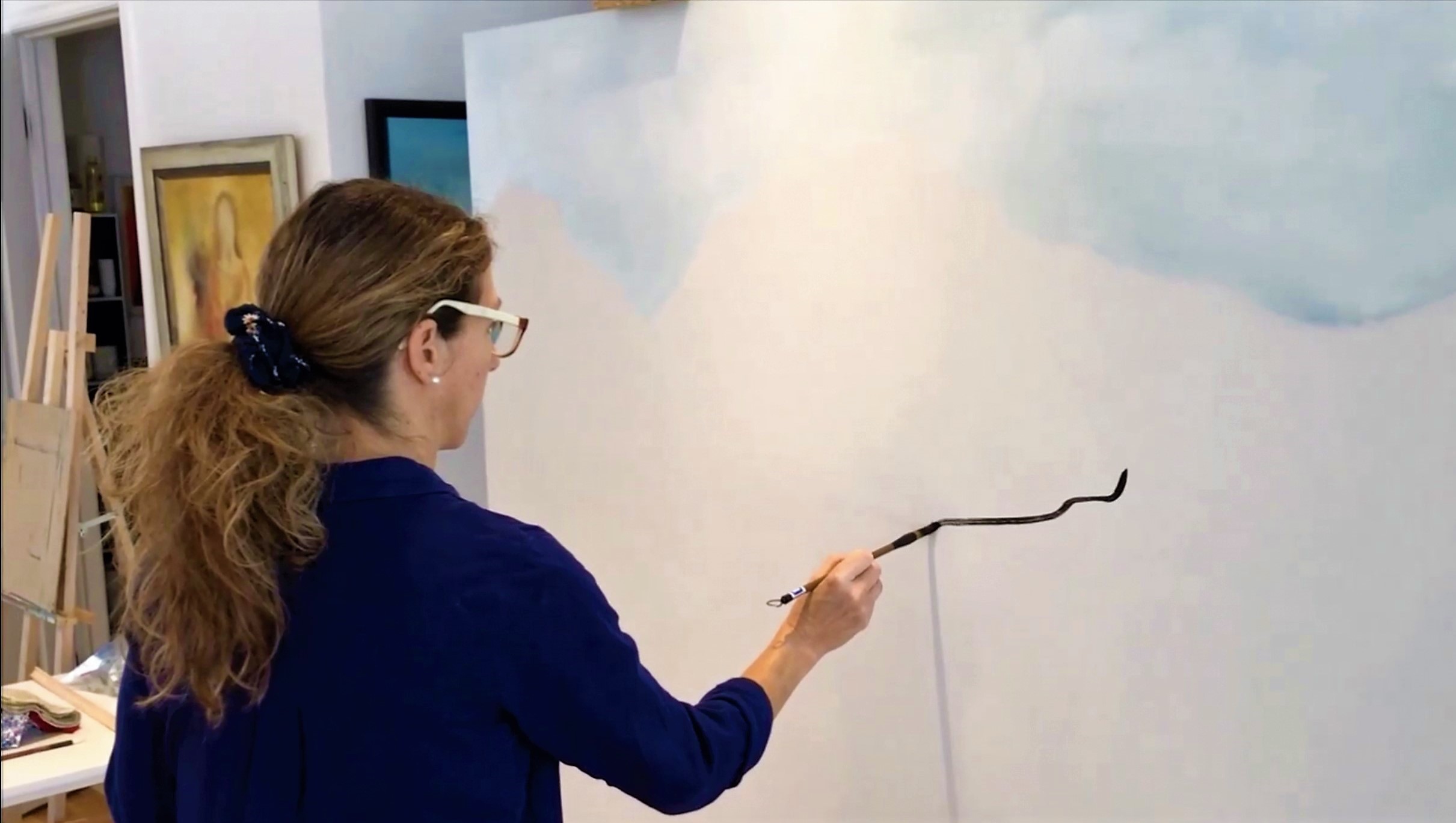 The past year has been one of adaptation and development for professional artists in the region, who have seen a surprisingly strong market for their works, despite a world devoid of art shows.

Vankleek Hill’s Nathalie Frenière has been a full-time artist since 2006, exhibiting across Canada and in art hot spots such as New York, Miami and Brazil. Known for her large-scale oil canvases featuring abstract vistas, Frenière regularly travels throughout the country for shows and vernissages, and attends select events in locations much further away. But she has been forced to adapt both her promotional methods, and deal with shipping her work instead of delivering them in person.

“I do a lot of big pieces – people know me for that, and I love to do them,” Frenière explains. “But it’s not easy to ship them because of their size.”

The artist has seen her public appearances almost completely halted – her only in-person show held a few weeks ago at gallery Route des Arts in Lachute.

“Lachute was the only show at which I was present, but I was busy all year – I was very surprised,” remarks Frenière, who currently has pieces on display at The Gallery in Niagara Falls, Ontario, as part of the 2 Foot Square exhibition by Toronto’s Colour and Form Society. “It was all online, but I had a lot of exhibitions this year, even with the pandemic.”

Frenière, whose work can be seen on her website, believes the skills she has acquired will be of benefit long after the pandemic has ended.

“I had to learn to do publicity on Facebook and Instagram – which is good. I think as artists, we have to adapt ourselves so that people can see us.”

Jason de Graaf is an acrylic artist whose hyper-realistic still-life paintings bring viewers into an alternate reality. Working out of his home studio in Dalkeith, he says the pandemic has not had an impact on his creative output.

“The pandemic has not really affected my practice that much, because I do work at home, but it has been a big distraction and kind of a huge bummer, because I can’t go out to gallery shows or stuff like that,” comments de Graaf, noting he only appears at a handful of events each year.

De Graaf is represented by Montreal-based Gallerie de Bellefeuille, where his work can be viewed online here.

“At the beginning of the pandemic they had to close and I was worried about how long they could last without doing business, but they picked up with online sales,” de Graaf recalls. “I have a lot of confidence in them – that they can weather the storm and that both they and I will be OK.”

“As an artist as well, it is important to have some savings so that you can weather the down times.”

The detail-oriented acrylic painter says he likely would not notice if there was an increase in demand for his work due to one simple reason – his intricate pieces take a great deal of time to create.

“I take so long making a painting that it would be hard to even feel the effect. But the last two paintings I had, they still sold. During the pandemic, (Gallerie de Bellfeuille has) sold four or five of my paintings.”

For de Graaf, the main impact of COVID-19 has been psychological.

“I guess I’m just a little depressed about everything,” the artist says, adding the mood has not been reflected in his work thus far. “We’ll see – I don’t know if they’re going to become darker somehow or something like that – but it hasn’t affected me consciously.”

Susie Fairbrother had a busy schedule lined up for 2020, but saw her plans scuttled during the early days of the COVID-19 outbreak, as the vast majority of her shows were cancelled.

“But I still sold art, because of the internet and the connections of the gallery that represents me,” says Fairbrother, whose work is available for purchase through the Auburn Gallery of Fine Art in Gravenhurst, Ontario. “People were spending money on things.”

The Vankleek Hill artist has managed to arrange the delivery of most of her pieces to the gallery through family or friends traveling to the area, thus avoiding the expense and damage risks of shipping through courier or post.

As for public appearances, Fairbrother believes the internet had already started changing the way artists promoted their work long before the pandemic hit.

“Vernissages are not happening as much anymore because of the internet, and if you have a following of collectors, often they’ll have first dibs – so people don’t show up at (public appearances) as much.”

However it is still very important for artists to meet the public. Fairbrother, who moved from Montreal to Vankleek Hill in 2017, says local shows – including regular displays of her work at the Arbor Gallery – helped her and her family get to know people in the area.

“I’m glad I met a lot of people here first, because people didn’t know who I was and I didn’t know them. That would be almost impossible right now.” 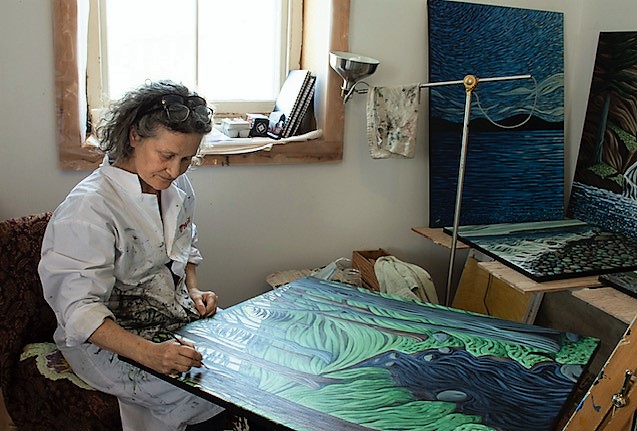 Susie Fairbrother at work in her studio. The Vankleek Hill artist had a busy schedule planned for 2020, before having to cancel most of her shows due to the COVID-19 pandemic. Photo by Reenie Marx 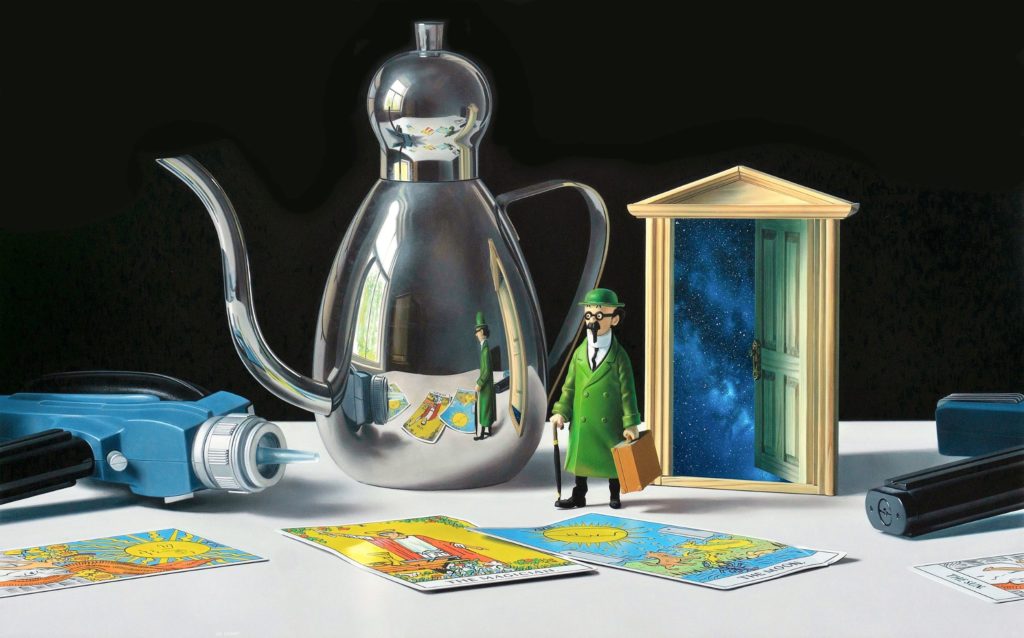