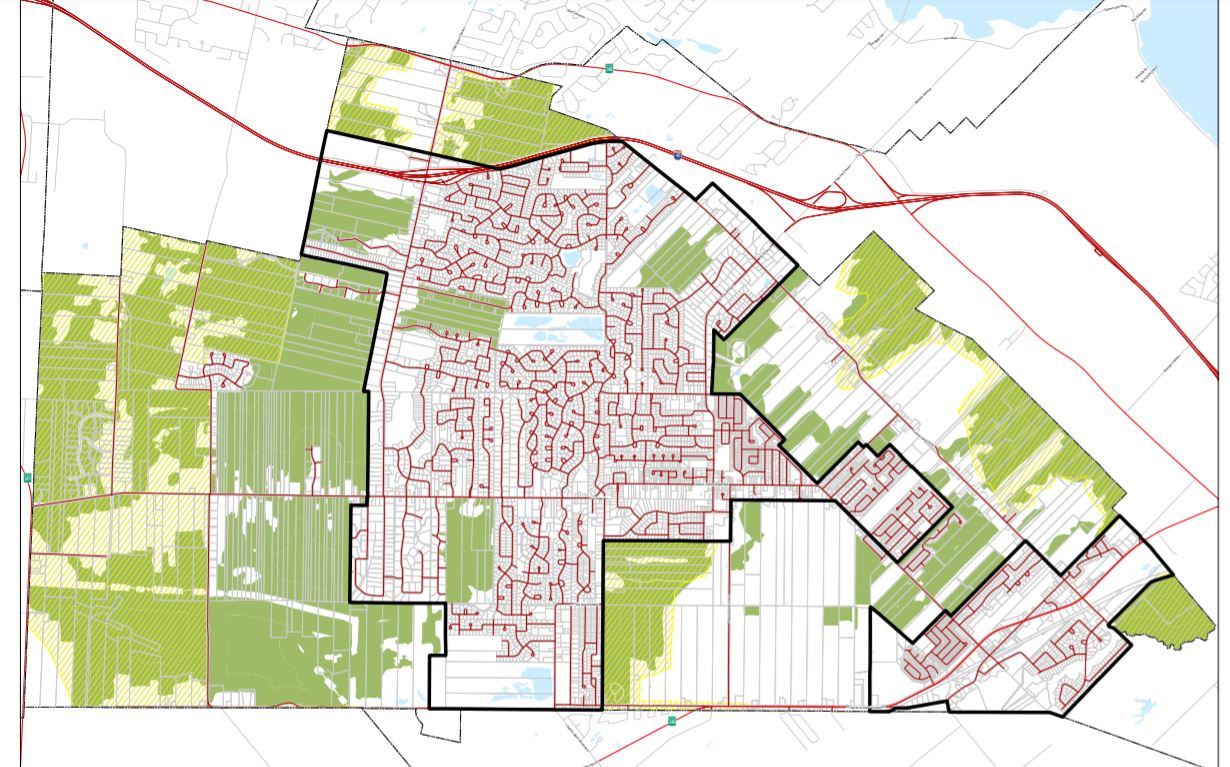 As municipalities in Prescott-Russell ponder regulations to limit clear-cutting, the nearby City of Saint-Lazare, Quebec, is looking to strengthen its already strict tree and woodland conservation bylaw.

Draft Bylaw 1095 will provide increased protection for woods and wetlands in Saint-Lazare, including four large forests within its urban perimeter. Municipalities in the Province of Quebec are able to regulate and enforce their own tree-cutting bylaws.

The second-largest city in Vaudreil-Soulanges, with a population of more than 22,000, Saint-Lazare has applied strict tree-cutting rules in its territory for many years. The municipality’s current Tree and Woodland Conservation Bylaw requires a permit be obtained to cut trees which are more than three centimeters in diameter – measured at 30 centimeters from the ground. The permit is free, but planned cuts must be inspected to ensure the reason for the tree removal is valid. On private property it is almost impossible to cut healthy trees.

“They can cut only when the tree is dead, sick, or dangerous,” explains Lyne Mousseau, Project Manager for the Environment Department of Ville Saint-Lazare, noting the existing bylaw has saved many trees over the years. “It’s not perfect, because sometimes it is difficult to apply to a property, but it has prevented a lot of deforestation.”

Restrictions also exist for new constructions within Saint-Lazare’s urban areas. For new homes, trees can only be cut where the structure is located and is limited to 900 square meters.

The municipality’s current bylaw was developed in accordance with forestry corridors designated by The Metropolitan Community of Montreal – comprised of 83 municipalities, including Saint-Lazare. Within those corridors, cutting down trees is strictly prohibited without a permit, even on land designated as agricultural.

The new bylaw proposed by council will enlarge the protection of forests within Saint-Lazare. The bylaw will also provide for stricter regulations even in urban areas outside of the protected corridors.

Most controversial within the proposal, is the protection of four large forests located within Saint-Lazare’s urban perimeter.

“There are now four large forests which are better protected within the urban perimeter,” notes Mousseau, adding the bylaw is not without controversy. “There are many citizens (in Saint-Lazare) who have wanted this for a long time, but those who own the land are less in agreement (with the bylaw.)”

While the designation of the four woodlands as protected has broad support overall, landowners of property within the areas are concerned the proposal will lower the value of their land. The city held public consultations until March 4 for those who wished to express their concerns. Elected officials have indicated that they are open to making changes, in order to take into account comments and concerns submitted as part of the consultation.

A map of the woodlands which would be protected under the new bylaw can be found here.