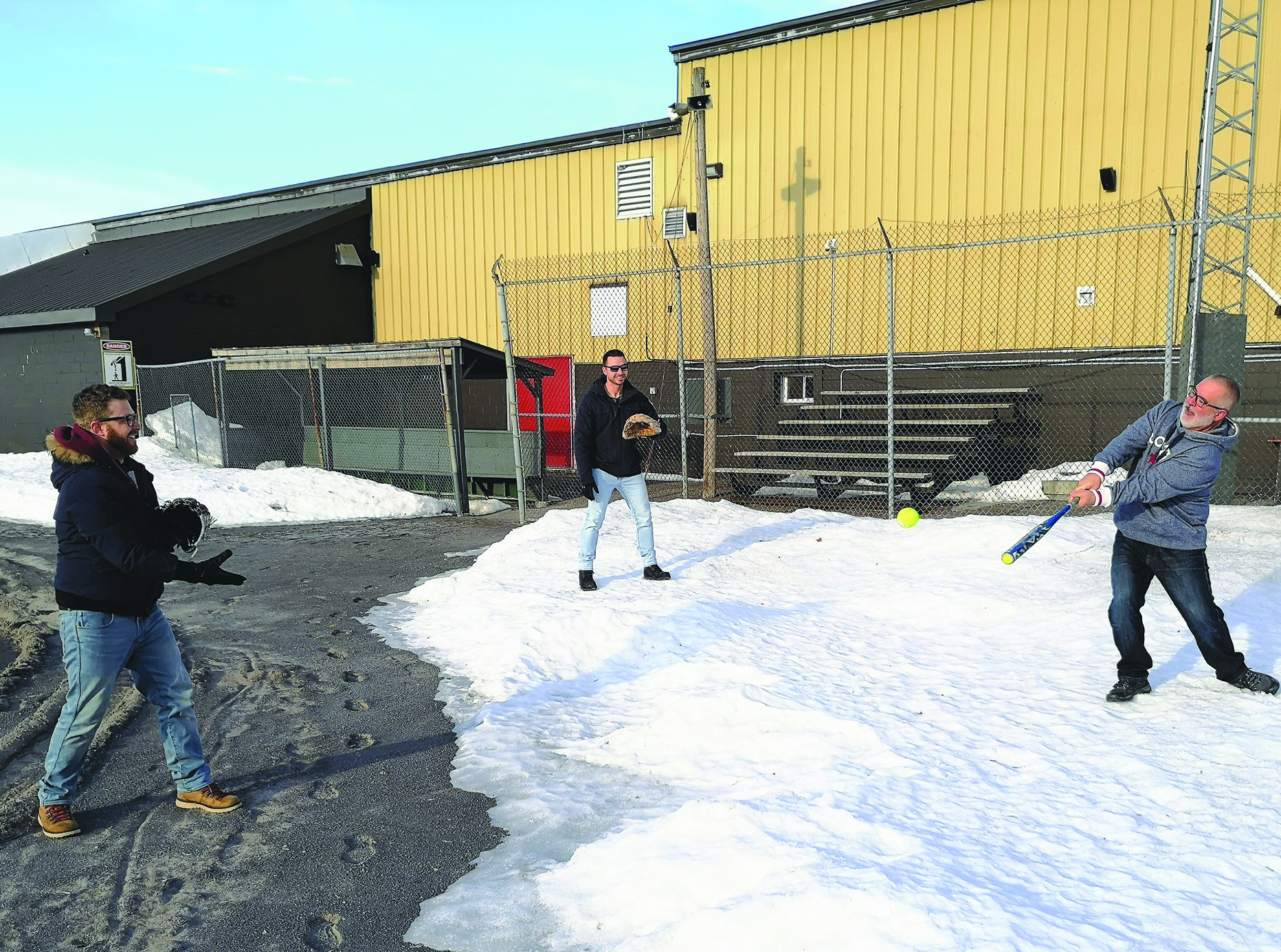 Softball will return to Vankleek Hill this summer, with new management and plans for an eight-team, 100-player league.

Local softball enthusiasts Derek Ravary, Mike Paquette and Justin Bromberg are heading up the formation of the new Vankleek Hill Softball League. The trio has been working on the project since play concluded after the 2019 season, however plans for 2020 were disrupted by restrictions and lock downs caused by the COVID-19 pandemic. Although the threat of the pandemic still exists, the league’s organizers are now ready to safely resume play.

“We are really excited about starting back up,” says Ravary, noting volunteers have had a year to work on ensuring compliance with Ontario Public Health regulations. “We’re ready – we have everything in place.”

Under current provincial COVID-19 restrictions, sports leagues are allowed to form bubbles with a maximum of 50 players each. Organizers of the Vankleek Hill Softball League are hoping to sign up 100 people, who would then be split into two leagues of 50 players, spread over four teams playing each other. In the event pandemic restrictions ease over the summer, inter-league play could begin.

Registration will begin in mid-April. The first 50 players who sign up will be guaranteed a spot on one of four teams in the first league bubble. A second bubble of 50 players will then need to be filled, before organizers are able to guarantee the additional league can play.

“We don’t want to refuse anybody, but if only 65 sign up, the first 50 will play and the other 15 will unfortunately be left behind,” Ravary explains. “This is not our goal, but COVID-19 rules and regulations will only allow for 50-player bubbles.”

Play is slated to begin by the end of May and continue to the end of August. As in past years, games will be scheduled on Tuesday and Thursday evenings at the ball diamond in Vankleek Hill. Each team will play 15-20 games over the course of the season, with an end-of-year tournament held during the last weekend of August. The cost to play is expected to be about $100 per player, and will include a team shirt.

While everyone is pumped to get going, it may take some time to shake the rust off throwing arms and get the legs in shape. When play officially starts up in May, many of those hitting the diamond will not have played any type of organized sports in more than a year.

Probably the first couple of games, you’re going to see people throwing the ball way too far or swinging harder than they really should,” Ravary chuckles. “But after a couple of weeks, people will get used to it – we’ll get back into shape and things will be rolling along.”