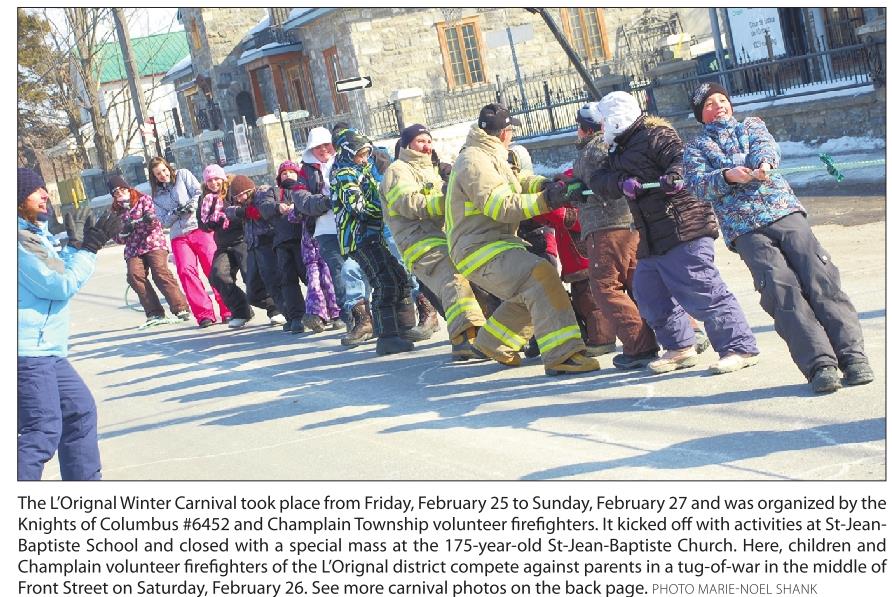 25 Years Ago
HGH staff affected by funding cuts
The Review, March 6, 1996 – The Hawkesbury and District General Hospital will lose $400,000 in provincial funding in 1996-97. The reduction announced last week by the Ontario Ministry of Health is less than the five-per-cent decrease the hospital had expected, notes executive director Michel Lalonde. About 35 hospital employees would be affected by a staff reduction. Already 25 employees have accepted early termination offers.

50 Years Ago
CIP Mixed Curling Bonspiel winners
The Review, March 3, 1971 – The fourth annual CIP Research Ltd.. Mixed Curling Bonspiel featured 24 teams. The winners of the Frank Charles’ Trophy were Mr. and Mrs. Rene Portelance, Andre St. Onge and skip Murray McLeod. The runners-up were Joyce Golden, Marcel Dauth, Elliot Gardner and skip Bev Hammond. Most of the curlers remained at the club after the event to join in for a most successful Beer Fest.

75 Years Ago
Fire destroys store on Hawkesbury Main Street
The Review, March 7, 1946 – On Friday morning at 7:30, a fire broke out in F. Cuerrier’s store building on Main Street, Hawkesbury, and as a result five tenants are out of business or home premises, including Photos Limited, Louis P. Cecile barrister, Laurent Filion, Louis Lacelle and Albert Roy. The fire started in Louis P. Cecile’s apartment and no time had spread to the entire building. The fire brigade worked until late in the afternoon before the fire was put out.

100 Years Ago
Lack of fire protection an issue in VKH
The Review, March 4, 1921 – All our hot air about fire protection seems to have fallen on very barren ground, for as far as we know, no attempt has been made to remedy conditions. The only solution that we know of, if the Council will not move in any direction, is for our residents to insure very heavily and trust to Providence that the companies we insure in are solvent.

125 Years Ago
Ottawa defeats Hawkesbury in hockey match
The Review, February 28, 1896 – The hockey match between the Metropolitans of Ottawa and the Hawkesburys, played in the Crescent Rink, Hawkesbury on Thursday evening of last week, resulted in a victory for the former by 7 goals to 5. It was a good game and the Hawkesburys held the visitors down well although handicapped by weight. 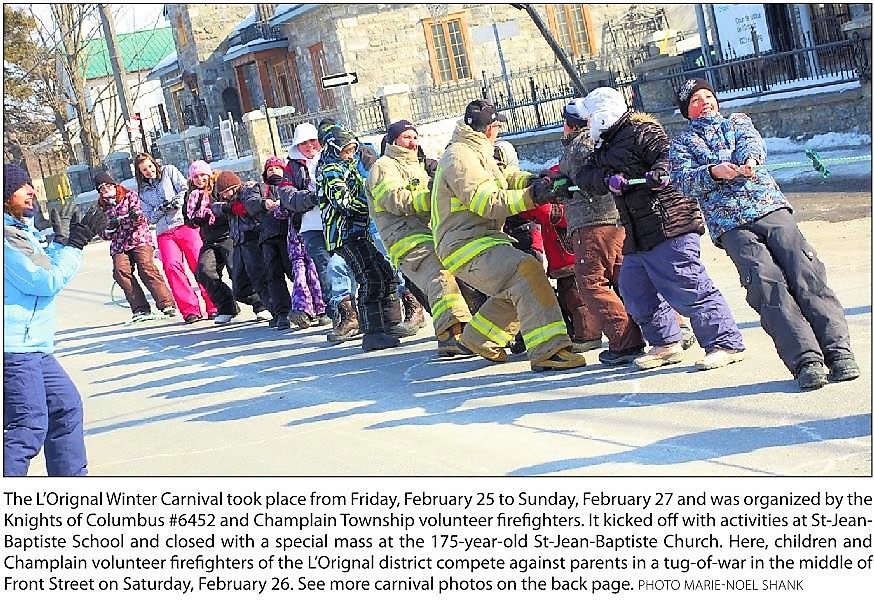 The above photo and caption from of the 2011 L’Orignal Winter Carnival is from the March 2, 2011 edition of The Review.