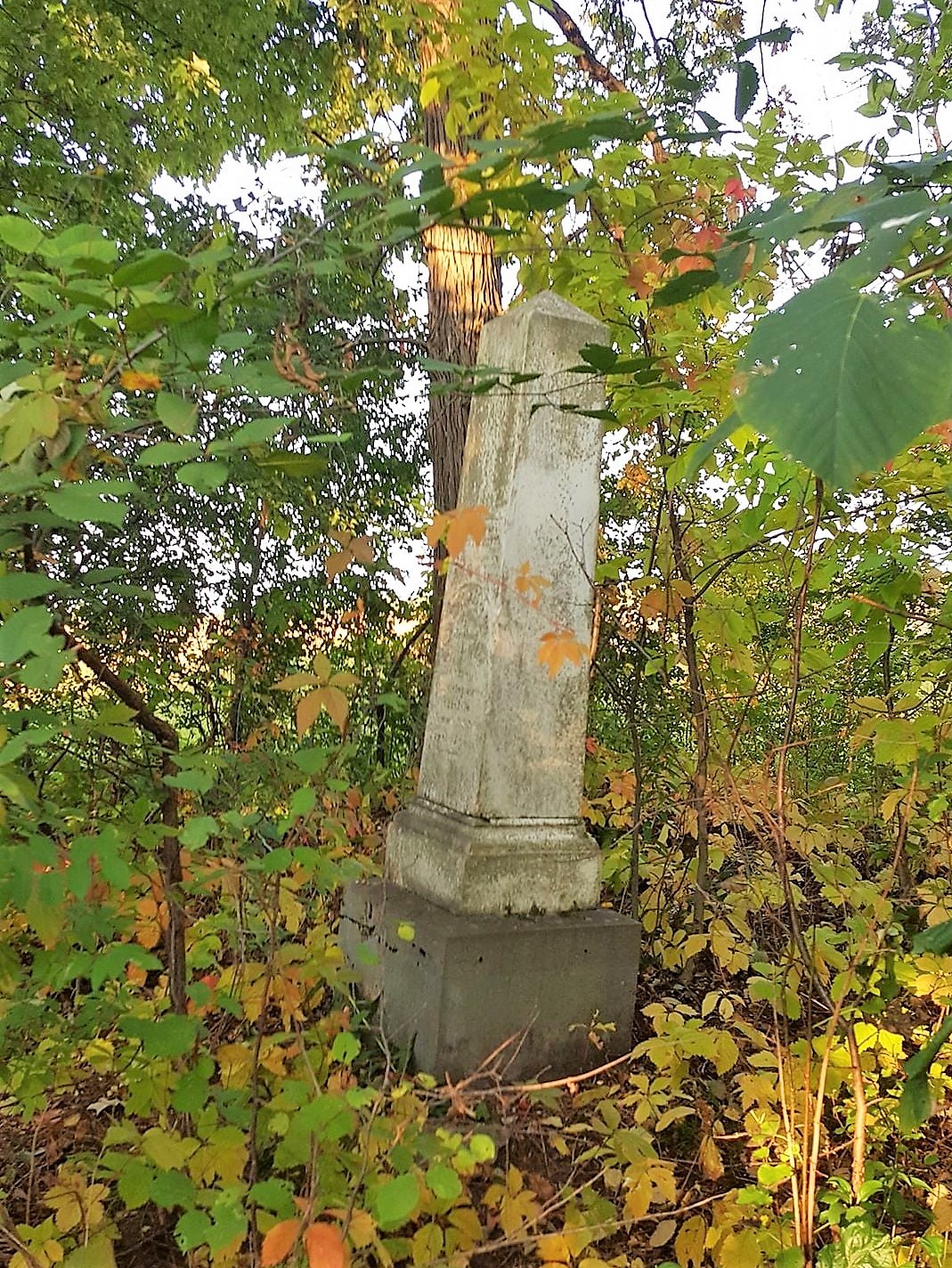 The marker for the final resting place of James Charles, who died on June 6, 1856, at the age of 34, still stands prominently in the middle of the woods north of Plantagenet.

A heritage cemetery located near an ongoing forestry operation north of Pitch Off Road in Plantagenet will be protected via an agreement between the landowner and the municipality, says Alfred-Plantagenet Councillor Ian Walker.

Walker says that on behalf of the township, he met with representatives from Bonnefield, which owns the land, last summer, after the company purchased the vast swaths of acreage along the ridge north of Plantagenet. The company was advised of the heritage cemetery’s location and agreed to donate two acres of land around the site to the township. Finalization of the agreement has been delayed by the COVID-19 pandemic, however Bonnefield has assured Walker the trees around the cemetery will not be cut down.

“It’s an incredible last, little bit of history sticking out of the ground in that area,” says Walker, who is a member of the Alfred-Plantagenet’s Arts Culture and Heritage Committee; he was made aware of the site several years ago. “It’s right beside the railroad tracks. There was probably a church there and some sort of a community there, and this is all that’s left of it.”

Most visible at the location is a large gravestone which marks the final resting place of Montreal merchant James Charles, who died on June 6, 1856, at the age of 34. Charles was buried on what was originally mill property purchased by Abnar Hagar in 1809.

“We are at the stage right now where we are waiting for a surveyor – since October we have been on the list for a surveyor,” said Walker, citing delays caused by the ongoing pandemic. “Once we have pegs in the ground and know what is ours and not ours we have plans to plant trees all around that area.” 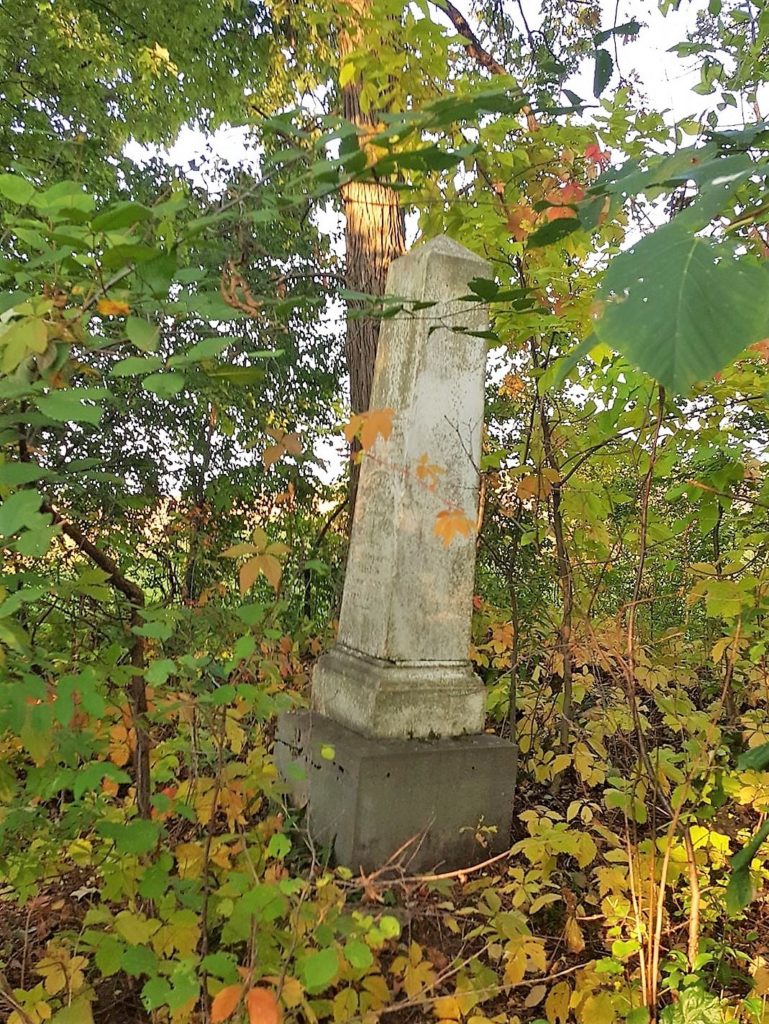 The marker for the final resting place of James Charles, who died on June 6, 1856, at the age of 34, still stands prominently in the middle of the woods north of Plantagenet.

Last week, Walker was able to meet with the manager of the forestry operation and was assured that workers would avoid the location of the cemetery. He has also been visiting the site on an almost-daily basis to check on the status of the operation.

The cuts along Pitch Off Road affect two properties covering a total of approximately 6,000 acres. About two-thirds of the land has been used for the past two decades to grow crops.

“What it seems like they are doing is they’re just going through and getting rid of all the little tufts of various 10-acre lots here and 100-acre lots there of forest,” Walker says. “I had no idea in my original conversations with them (regarding the cemetery) that tree cutting would become an issue.”

Bonnefield, which owns the land in question, is described on its website as “Canada’s foremost provider of land-lease financing for farmers”. The company notes it is proudly Canadian and is dedicated to preserving farmland for farming across Canada.

Walker said he and the township will continue to work on a municipal bylaw to address clear-cutting in Alfred-Plantagenet. An initial draft of the bylaw is expected to be ready for presentation to township council in June.